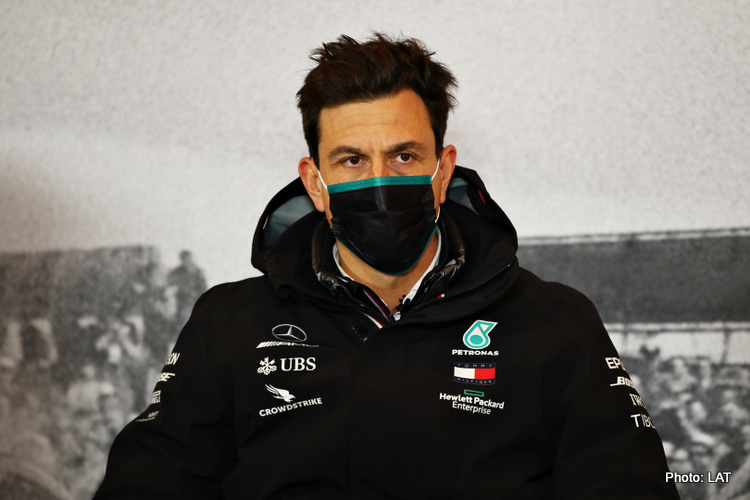 Toto Wolff is confident that his Mercedes team can fight back after they endured a difficult time during Formula 1 pre-season testing, completing fewer laps than any of their rivals.

Much has been said since about the performance of the Mercedes compared to Red Bull, who by contrast looked very strong across the three-day test, topping the timing sheets.

Lewis Hamilton spun twice and doubts have been raised about the stability of the W12 E Performance, with Wolff himself describing the latest Mercedes challenger as a “small diva”.

Looking ahead to the opening race of the season in Bahrain, Wolff remarked on the strength of Red Bull but admitted it was difficult to be certain about the true running order based solely on testing.

“It feels like we have spent quite some time in Bahrain recently, and with mixed fortunes,” he said. “Overall, it was a tricky three days of testing for us.

“The W12 wasn’t as stable, predictable or planted as some of our rivals. Red Bull looked strong on both the long and the short runs, but as always with testing, it’s difficult to be certain of true performance.

“The only thing we know for sure is that we must prove our ability to react. From the moment the third day of testing finished, we got our heads down and started to figure out how we can return to Bahrain in stronger form in just a few days’ time.

“While these cars share some parts from their predecessors, there have also been significant rule changes to interpret and overcome. We have also had to change the way we work in response to the cost cap. But as we have found before, it’s from the difficult moments that we learn the most.

“This team’s biggest strengths are our people and our values, and after a tough test, I know that we can fight back stronger. I’m looking forward to getting this new and exciting season underway, seeing the progress we can make and how we fare in Bahrain.”