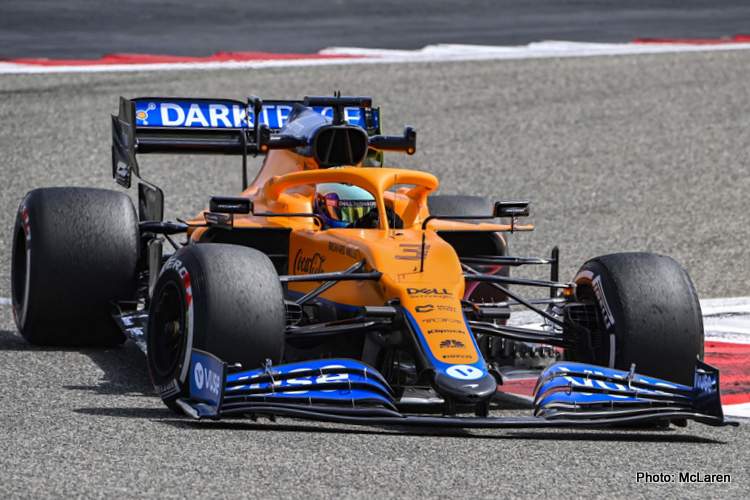 Daniel Ricciardo believes that adapting to the braking on his new McLaren will be one of the bigger challenges heading into the 2021 Formula 1 season.

The Australian has developed a reputation since arriving in the sport back in 2011 for being fearless on the peddles, pulling off numerous daring overtakes by being the latest on the brakes.

However, Ricciardo took time to adapt to the Renault brakes following his move in 2019 and has admitted that there is further adaptation required as he gets to grips with the McLaren MCL35M.

Ricciardo had a productive pre-season testing in Bahrain, topping two of the morning sessions, but revealed he was still searching for “the limit”.

“It’s certainly different again so I’m still probably adapting or adjusting to that,” he told reporters following the conclusion of testing. “Going from Red Bull to Renault and Renault to McLaren, probably the braking is the biggest thing which it seems like you need to adapt.

“That is one where I am still trying to get on top of it and understand where the limit is.

“But I think generally in the past couple of years it looks like they have had a pretty good car on braking.”

Asked whether he is hoping to live up to late braking reputation with McLaren, Ricciardo added: “I think that once I’m up to speed should be a pretty good one and hopefully see some good passes from me again, some late ones.

“With the braking it’s more probably just a mechanical feeling. I think even things like new cars, new pedals and positioning, it’s probably more just a feel on that physically than anything else for now.”