Here’s a breakdown of the signings, with insight from the reporters who covered those players at their previous stops:

The scoop from NFL Nation: “Johnson proved himself as a versatile playmaker and leader over four seasons. He has the ability to play free and strong safety and can play deep or in the box. A team captain in 2020, Johnson served as the defensive signal caller where his intelligence and maturity played a key role on the NFL’s top-ranked defense. In four seasons, including 48 starts (Johnson was placed on injured reserve after six games in 2019 because of a shoulder injury), Johnson has eight interceptions and 32 pass deflections.” – Rams reporter Lindsey Thiry

My take: Johnson could honestly prove to be one of the top free-agent signings anywhere. He solves the biggest question mark on Cleveland’s entire roster. And he gives the defense another proven leader. Johnson should have a major impact on the field and in the locker room, and if Cleveland takes another step forward next season, he’ll figure to be a huge reason why.

He said it: “You talk about coming from the No. 1 defense, you have Aaron Donald Jalen Ramsey. I see Denzel Ward and Myles Garrett as the same thing. What I see right now is just a lot of guys who can play football, who love to play football and who have played great football. I just want to come in and be a leader and just give them tips that I have learned over my career and things that I saw even last year that got us to such a great defense, a top-ranked defense. I just want to be a guy that people can just feel my vibe and it will rub off on people.” – Johnson

The scoop from NFL Nation: “He was never the best linebacker on the Colts, but it was no secret that he was veteran leader of that group. He was very well respected in the locker room (see Darius Leonard’s Twitter). Walker struggled in pass coverage against faster tight ends, and only played 18 snaps in the playoff game at Buffalo. But what he lacked in athleticism he made up with incredible smarts (Northwestern education). But it became more and more obvious as the season went on that Bobby Okereke was the player the Colts preferred at middle linebacker. – Colts reporter Mike Wells

My take: Walker takes over the B.J. Goodson role, and should see a lot of snaps next season as the veteran presence playing alongside Mack Wilson, Sione Takitaki and Jacob Phillips. And Walker’s problems in coverage during the regular season could be mitigated by defensive coordinator Joe Woods’ 4-2-5 scheme — although, in the playoffs, offenses like Kansas City will find and create the mismatch if Walker is on the field.

He said it: “You talk about a team that’s a fourth-and-one away from beating the Kansas City Chiefs and going on to the next round. A team that you could say is a couple pieces away or maybe a play or two away from being in talks of playing in the Super Bowl last year. You join a team like that with the culture they are building, the team, the comradery, all of that stuff — I’m a small part of joining a great organization and an organization that is turning in the right direction.” – Walker

The scoop from NFL Nation: “Hill is coming off a breakout season. The seventh-year pro mostly served as a backup in his first three seasons in L.A. until the Rams underwent a major shakeup in their secondary in 2019 and Hill took over as a starter opposite of Jalen Ramsey. Last season, Hill shifted inside to play slot cornerback. He intercepted three passes and scored three defensive touchdowns. Hill has proven an ability to defend on the inside and on the perimeter. In six seasons, Hill has seven interceptions and 29 pass deflections.” –Thiry

My take: Hill steps into the spot Kevin Johnson manned last year, and the Browns are banking Hill will give them a better-tackling, quicker option. Hill is more of a natural at the nickel, and should help Woods’ defense work more effectively than it did at times last season.

He said it: “It definitely feels like a homecoming. A lot of my blood relatives are still out in Ohio in Youngstown or Columbus. Just being able to come back home and give them an opportunity to make more games – even though that is going to hurt my pockets with all them tickets – it’s an exciting process for me. Just growing up, knowing what Ohio football is, how much they cherish Ohio football, the fanbase in Cleveland and everything that comes along with it, I’m excited to be out here. It kind of reminds me of being a kid again and playing ball as a kid. It’s going to be fun.” – Hill 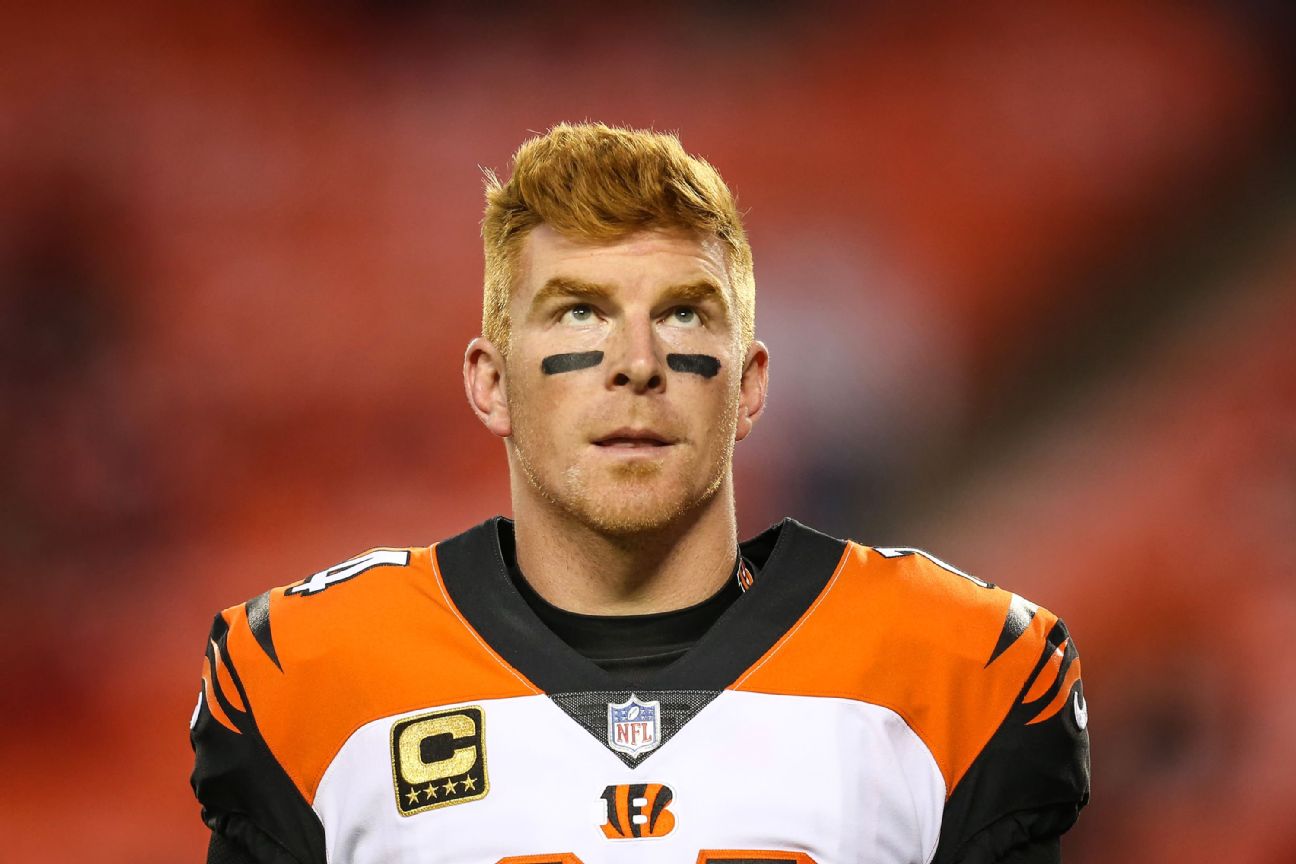 • Can Bears ever break vicious QB cycle?
• Falcons have options in draft at No. 4
• Browns sign leader in LB Walker
• Jets’ Darnold would ’embrace’ rookie competition
• Patriots pause at QB with Cam, Stidham

The scoop from NFL Nation: “Jackson remains an effective interior pass rusher (18 QB pressures in 2020) who can line up outside on occasion. He’s not as dominant as he was in his Jacksonville days, but his ability flashes plenty when healthy. His time in Philadelphia was a disappointment overall, largely because of a LisFranc injury that sidelined him for just about all of the 2019 season. Perhaps he’ll be more of a consistent force at his next stop, but it’s probably best to set expectations slightly lower than that.” – Eagles reporter Tim McManus

My take: If he’s healthy, Jackson will compete for a starting job alongside Sheldon Richardson with Andrew Billings, who opted out of last season due to COVID-19. Jackson could make an impact if healthy. But that will be the predominant question until he proves again that he can stay on the field.

He said it: “I’m way more comfortable, a lot stronger and there are no more mental roadblocks of having a foot injury. I feel like I’m just going to come back and feel a lot more confident.” – Jackson

The scoop from NFL Nation: “Yeah, the Raiders had plans for McKinley, given they signed the 2017 first-round pick on Nov. 23 (after he already had failed physicals with the Bengals and 49ers), placed him on IR four days later and then designated him to return on Dec. 15. Thing was, McKinley, who had 16.5 combined sacks his first three years, never played a down for Las Vegas. Rather, he used the facilities to rehab and the Raiders, who obviously saw enough potential in him to keep him on the roster to the bitter end, thought they might get him to re-sign. Instead, McKinley heads to Cleveland with more question marks than answers. Again.” – Raiders reporter Paul Gutierrez

My take: In theory, McKinley is the type of end who could complement Myles Garrett well starting opposite him. Garrett’s speed often forces quarterbacks to step up into the pocket. McKinley, with his power, can collapse the pocket from the other side, preventing mobile QBs from escaping. McKinley has the talent. But his health and head will need to be right for him to give the Browns what they need up front.

He said it: “Life is a rollercoaster. For me, the biggest thing is to learn from my mistakes. I am not perfect. I made a lot of mistakes in my past. However, if I want to grow from that, I just do not make the same mistake twice. As far as the opportunity goes, sometimes a fresh start is the best thing for everyone. I am just very, very excited to be a part of the Cleveland Browns knowing how bad they wanted me and knowing the opportunity that lies in front of me.” – McKinley