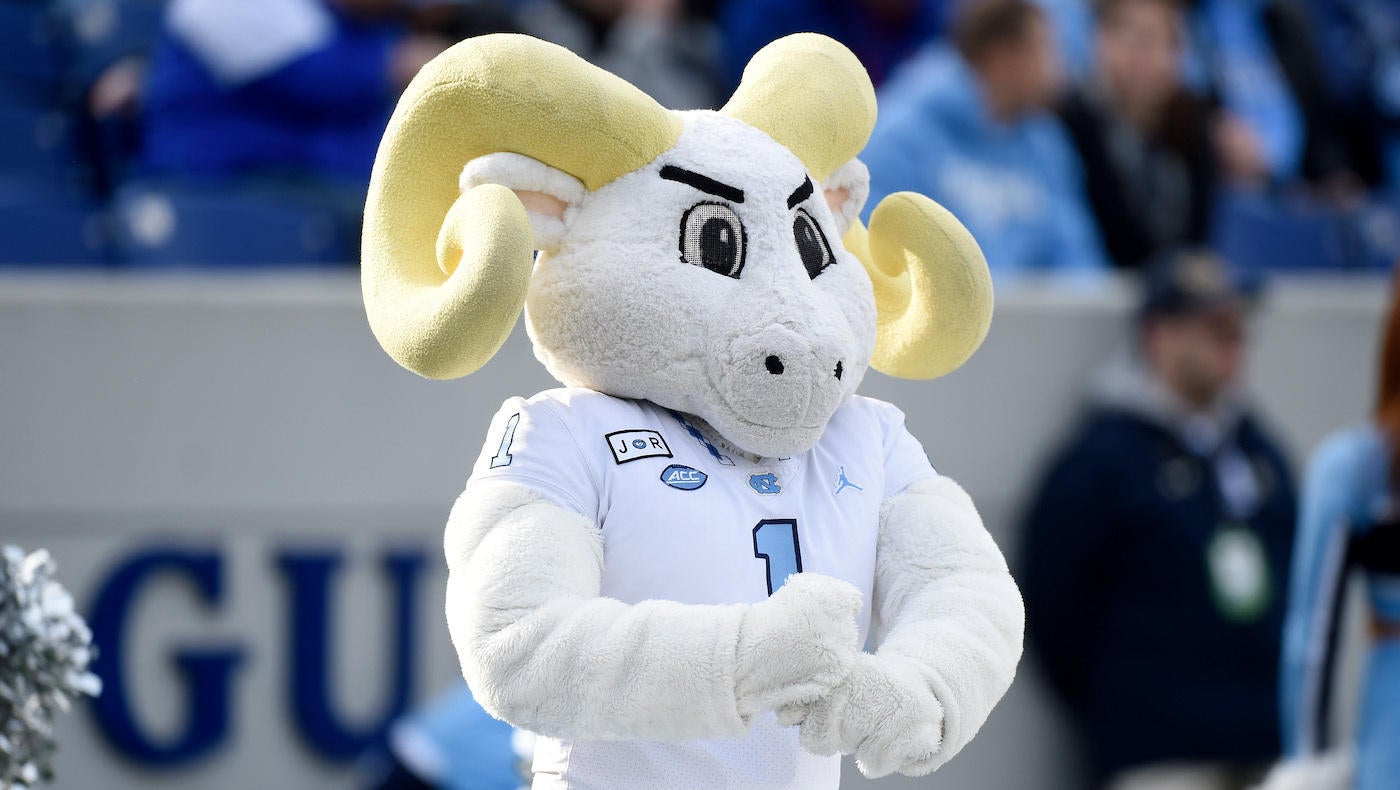 It’s been a fun September for college football in no small part because unsuspecting programs otherwise known for their basketball prowess have opened their seasons undefeated on the gridiron. Duke, Indiana, Kentucky, North Carolina, Syracuse and UCLA — schools with 40 total national titles in men’s basketball — are a combined 18-0 through the first three weeks of the football season.

Check this. In more than 100 years of college football, those six traditional basketball powerhouses never — until now — all began the same season 3-0.

There’s a chance a few of these football teams could wind up having better seasons than their basketball counterparts this academic year. And if you’re wondering when the last time that happened for each of these schools, you’ve come to the right place.

Most recent seasons hoops powers were better in football

Yep, we don’t even have to go back a year to find the first time a basketball powerhouse was outdone by its football brethren. It’s a close one, but Wildcats football went 10-3 (.769 winning percentage) last season, which only beat out John Calipari’s Kentucky basketball team because — you guessed it — Kentucky (26-8, .765) lost to No. 15 seed Saint Peter’s in the first round of the NCAA Tournament.

Had Kentucky won just one more game — even if it lost in the second round to in-state little brother Murray State — UK would have finished with a .771 winning percentage at worst. But, it didn’t. So, Kentucky is first on the list.

The next most recent instance of Kentucky football besting UK hoops … you guessed it: 2020. Even with Mark Stoops’ team going 5-6 (.455), the doomed 2020-21 UK basketball season ensured football was better. Kentucky notoriously went 9-16 (.360), giving the program its worst single-season winning percentage since 1926-27 and just the second time in the NCAA Tournament era (since 1939) that UK finished below .500.

Dating back to Kentucky football’s first season in 1916, the football program has finished with a higher winning percentage than the men’s basketball program only 14 times. As you’ll see, that’s comfortably the lowest total of any on our list.

For official purposes, the most recent academic year in which IU football won a higher percentage of its games than IU men’s basketball was ’20-21. But both those teams did not play full seasons; the football team played eight times (6-2, .750), while men’s hoops played 27 games (pandemic or not, it was unquestionably worse with a 12-15 record and .444 winning percentage).

IU football and basketball has been played since 1900. The Hoosiers’ football team has won a higher percentage of its games in the same season than the men’s basketball team 30 times — 21 of those seasons coming before 1950.

OK, so maybe this isn’t so rare after all. Three of the seven schools have seen football one-up men’s hoops in the past two years. Mack Brown came back to coaching after six years away and promptly made North Carolina interesting on the football field. In his second season, the Tar Heels went 8-4 (.667), finished 18th in the country and made the Orange Bowl. As that was happening, almost nobody knew it but UNC was embarking on its final season under Roy Williams. Carolina basketball went 18-11 (.621) in Ol’ Roy’s sendoff season, losing in the first round of March Madness for the first time in his career. North Carolina was unranked at the end of that regular season and finished 34th at KenPom.com.

In proving it will forever be a basketball school first and foremost, UNC tapped into its blue blood powers and made a memorable run to the 2021 national title game in Hubert Davis’ debut season leading the Tar Heels. Meantime, North Carolina’s football team went 6-7 in 2021 after being a buzzy preseason ACC pick.

They’ve been playing football and basketball in Chapel Hill since 1910. In 27 instances — 17 of them pre-1950 — football has been better record-wise than men’s hoops.

The one great season for the Orange under current coach Dino Babers came four years ago when SU went 10-3 and finished 15th in the AP rankings, its first season with a ranked finish since 2001. In men’s basketball, the 2018-19 Orange went 20-14 (.588) and lost in the first round of the NCAA Tournament as a No. 8 seed.

Prior to 2018, the last time Syracuse football won a higher percentage of its games in the same season as men’s hoops: 2001, otherwise known as the season before Carmelo Anthony came to campus. Syracuse hoops’ best player that season: Preston Shumpert. In football, running back James Mungro had a team-high 15 touchdowns for a team that won the Insight Bowl and finished 14th in the country.

Syracuse is a basketball school, but it does have a solid football history in addition to being known for its lacrosse success over the years.The school has fielded football and basketball teams since 1900. Football’s been better in 38 of those seasons, including all but three seasons from 1952-69.

It’s long been argued that UCLA is the biggest historical underachiever in football. The John Wooden dynasty certainly influenced that; UCLA’s blue blood status in hoops is solely because of what Wooden did over 15 years in the ’60s and ’70s.

Seven years ago Jim Mora — now coaching in obscurity at UConn — looked to be on his way to winning the war of LA with USC, which was in disarray (with more of that on the way). The Bruins were coming off back-to-back 10-3 seasons, then managed an 8-5 go of it in 2015 with Josh Rosen throwing for nearly 3,700 yards. UCLA basketball was busy that academic year missing its first NCAA Tournament under third-year coach Steve Alford. Those Bruins went 15-17 (.469) and had an uncommonly listless season in Westwood. And yet, 2015 was the third time in four years that football could claim a more successful season than men’s hoops.

Truth be told, no blue blood has been outperformed by its football counterparts more than UCLA. Since 1928, when UCLA adopted football, the gridiron boys have won a higher percentage of their games than men’s basketball 39 times. Thank goodness Mick Cronin has turned the ship around.

In researching this, here’s what I found sort of incredible. OK, so, Duke only had two down seasons after Mike Krzyzewski got things rolling in the mid-80s. There was the COVID year, 2020-21, in which Duke missed the NCAAs for the first time in a generation — and then there’s the infamous ’94-95 campaign that saw Coach K tap out due to health issues. That year was the most recent example of Duke being better in football than basketball. Incredibly, on the football side of things, Duke was in its first season of a five-year run under Fred Goldsmith. It went 8-4 in 1994, but get this. That ’94 Duke season was the team’s only one with more than five wins over a 22-year stretch — from 1990-2012.

Historic ineptitude. Had 1994 not been an aberration, you’d have to go back to 1982, Krzyzewski’s third year on the job.

They started playing varsity football at Duke in 1922, almost two decades after basketball. The Blue Devils’ football squad has ended a season better than Duke hoops 27 times, with all but five of those years coming prior to 1957.

You had to figure it had been a long time for Kansas, but 41 years? That’s almost unfathomable. Not even room for one year in that span? Might this be the biggest piece of evidence that, more than any other power-conference program with both sports, that Kansas has the greatest disparity between its basketball and football? (Reminder: Kansas has made every NCAA Tournament since 1990 and only missed one since 1984.)

Forty-one years ago, Kansas was playing in the Big 8. Don Fambrough was in his third year of a four-year tenure with KU football, guiding the Jayhawks to an 8-4 mark (.667). Kansas lost 10-0 to Mississippi State in the Hall of Fame Classic bowl that year. On the hardwood, KU went 13-14 (.481) in the winter of Ted Owens’ 19-year tenure as coach.

If you thought Kansas’ magical 2007 season — wherein the legend Mark Mangino guided the Jayhawks to a 12-1 record and an Orange Bowl appearance — led to a better percentage … amazingly, no. KU’s football team had a .923 winning percentage that season. But that same academic year saw Bill Self guide Mario Chalmers, Darrell Arthur, Brandon Rush and Co. to a memorable overtime NCAA Tournament title game victory against Memphis. That win improved the Jayhawks to 37-3, giving them a .925 winning percentage — barely edging out KU football.

They’ve been playing both sports in Lawrence, Kansas, since 1901. KU football overcomes assumption here, winning out in winning percentage 24 times in the past 120 years. Sixteen of those 24 years came before 1950. There’s a reason why Kansas basketball is considered the best home-court advantage, by far, in the sport.