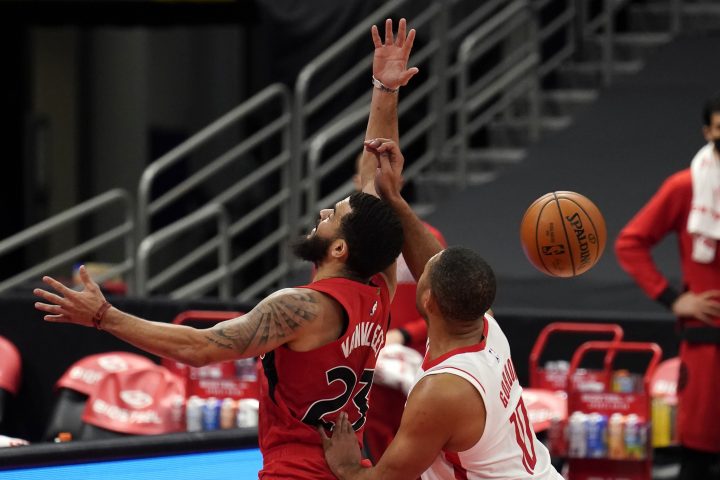 NEW YORK — The Toronto Raptors game against the Detroit Pistons scheduled for Tuesday at Amalie Arena has been postponed and tentatively rescheduled for Wednesday, pending additional COVID-19 test results.

The NBA made the announcement Monday night.

The league says the game is being postponed due to “positive test results and ongoing contact tracing within the Raptors organization.”

Toronto also had its game Sunday against the Chicago Bulls postponed for COVID-19 health and safety protocols.

It was the first postponement this season for the Raptors, who are playing their home games in Tampa, Fla., because of coronavirus restrictions in Canada.

The names of players or staff members affected have not been revealed.

Prior to Sunday, the Raptors had been one of just four teams with no game postponements.

The Raptors are currently schedule to play once more — Thursday at Boston — before the all-star break.

Toronto tips off the second half of the season March 11 against the visiting Atlanta Hawks.