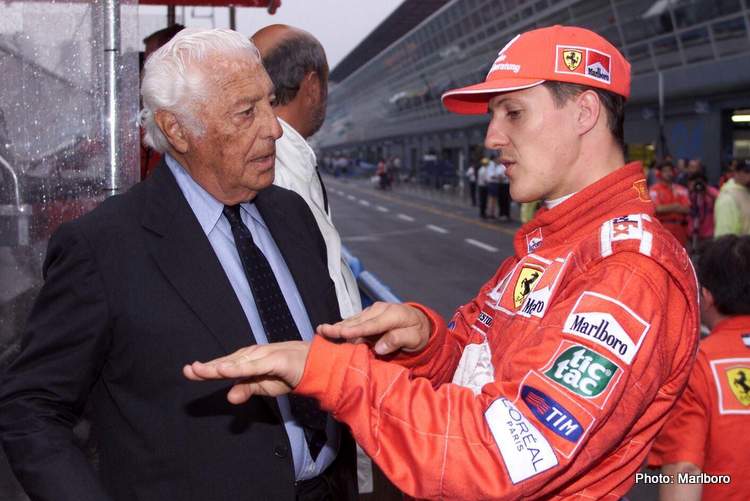 Ferrari President and CEO John Elkann has admitted that his grandfather – Gianni Agnelli – would not be happy with the decline of the great Italian Formula 1 team in recent years.

The sport’s most famous team last powered a driver to the F1 world championship in 2007 with Kimi Raikkonen. Their last constructor’s title was a year later. Since then the big trophy cabinet has been bare.

Worse has followed. Always contenders or at least challengers, last year, with Mattia Binotto at the helm,  they have sunk into midfield mediocrity that has not only broken the hearts of their passionate Tifosi while disappointing true F1 fans who want to see fast Red cars in the mix, at the front.

This week ahead of 12 March, Agnelli’s centenary, in a wide-ranging interview about his grandfather – an Italian business legend – Elkann ventured about the state of the Scuderia: “Today Gianni would be disappointed as all we Ferrari fans are.

“But I am optimistic because we have two young drivers: they are not ‘used to winning’ but they have a great desire to ‘train to win’ with their humility and determination, they are infecting the whole team with this,” added Elkann.

A nice touch from the 44-year-old referencing the famous encounter between Enzo Ferrari and Agnelli, whereby L’Avvocato said to the Scuderia’s founder: “You are used to winning.”
To which Il Drake replied: “No, we are trained to win.”

For now, that training-to-win has gone awry at the team. Apart from throwing aways championships (Fernando Alonso 2010) they have hardly sniffed a title in over a decade.

Last month, Elkann’s war cry was: “The most important thing this season will be to demonstrate our will to win, through our commitment and dedication. We will have to pay attention to every little detail: it all adds up.”

While Mercedes versus Red Bull is invariably a box-office hit, the truth is with Ferrari in the mix is what makes F1 blockbuster stuff.

Agnelli passed away in January 2003, having witnessed the first three years of the great Michael Schumacher era at Ferrari, engineered by Luca di Montezemolo and his famous gang of Jean Todt, Ross Brawn and Rory Byrne.

L’Avvocato would have given the final nod on the deals to build that Dream Team and thus had a hand in the team’s greatest spell in top-flight which, sadly, only highlights the current mess they’re in under Elkann’s watch.

Ferrari named their 2003 F1 contender the F2003-GA, in tribute to Agnelli. With the great Schumi at the wheel, they delivered that year’s title in the tycoon’s honour.