Among the more intriguing matchups of the quarterfinals will be the series between Galatasaray and Fenerbahçe, two Turkish clubs with rich histories and passionate fanbases. While attendance restrictions will keep the series from being as raucous as it may have been in years past, the teams remain two of the best in the world, with Fenerbahçe in particular fielding five players who played in the WNBA last summer.

Speaking of WNBA talent, if that’s what you’re after, look no further than the series between Dynamo Kursk and UMMC Ekaterinburg. A total of ten WNBA players will be participating in that one, mostly playing for reigning EuroLeague Women champion Ekaterinburg. Also on the docket is a series between Spar Girona and Perfumerias Avenida — two Spanish clubs — and LDLC ASVEL Féminin and Sopron Basket, which combined for ten wins against just two losses in group play.

While the quarterfinals are typically played in a best-of-three format, this season they’ll be best-of-two, with cumulative point differentials acting as the tiebreaker. Games will be played on Wednesday, March 17 and Friday, March 19. All games will be broadcasted live and for free on FIBA’s YouTube channel.

Keys to the matchup: Ekaterinburg will obviously enter this series as a massive favorite, and without the possibility of a one-game fluke, it’s hard to see an avenue for Kursk to advance. Kursk does have a big-game player in Ogunbowale, but she’ll have to play the best basketball of her life to carry her team past the Ekaterinburg juggernaut, which led EuroLeague Women in field goal percentage (55.6 percent) by a country mile during group play.

Keys to the matchup: Angel McCoughtry played a key role in lifting Galatasaray to the EuroLeague Women playoffs, but she left the team at the conclusion of group play and was replaced by Whitcomb. This isn’t great news against a team like Fenerbahçe, which boasts several levels of scoring on the perimeter. Iagupova, in particular, is one of the most dazzling playmakers in the world, while McBride and Zandalasini demand attention with their 3-point shooting ability. Galatasaray will need to get big performances from Whitcomb to balance out Fenerbahçe’s scoring, while Russell must play big and stay out of foul trouble. Otherwise, Fenerbahçe’s depth and talent will likely be too much.

Keys to the matchup: LDLC ASVEL Féminin will be without a major piece of its success in Alysha Clark, who recently injured her foot in Ligue Féminine action. Johannès will thus need to shoulder more of the scoring against a Sopron team that has plenty of size on the perimeter; Williams, in particular, averaged 2.2 steals per game during group play, while January provides her usual tenacious defense at the point of attack. We’ll see if someone other than Johannès can step up for LDLC ASVEL Féminin to help upset Sopron.

Keys to the matchup: Avenida looks a little different than it did in group play thanks to the addition of Alarie, which gives a club that already scored with ease (88.3 points per game and 49.6 percent shooting) yet another weapon. Girona’s upset hopes lie in its perimeter defense, which will need to contain Katie Lou Samuelson (18.8 points per game in group play) and Hayes long enough for its gifted backcourt of Gray and Palau to take charge. 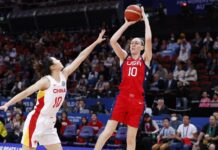 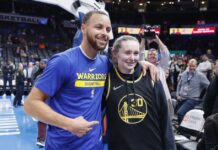 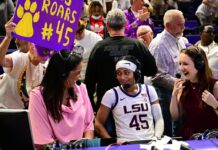