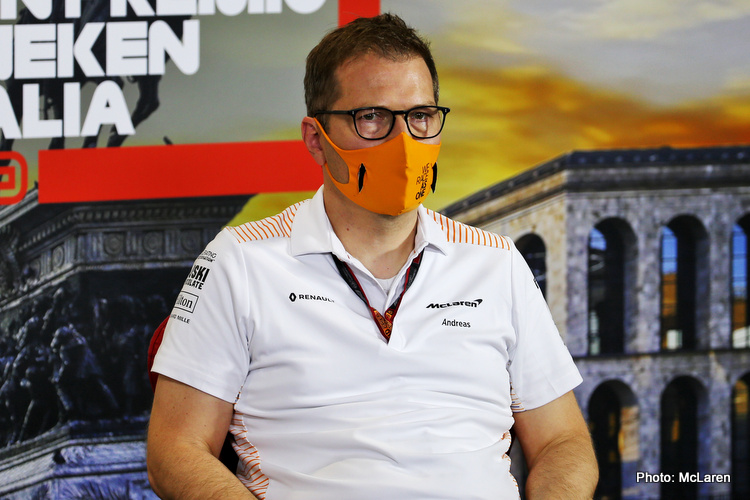 Andreas Seidl believes as many as five teams could play a role in the fight for third place in the constructors’ championship during the 2021 Formula 1 season.

McLaren sealed third place in 2020 at the final race in Abu Dhabi after a season-long battle with Renault and Racing Point, and Seidl expects both of the rebranded teams to be in the running once again in 2021.

Additionally, the McLaren boss thinks that Ferrari will bounce back from their troubles last year, while he was impressed with AlphaTauri’s showing during pre-season testing.

With Mercedes and Red Bull thought to be ahead of the midfield pack once again, third appears to be the target for McLaren as they adapt to their new engine partnership with Mercedes, while also looking ahead to the new regulations which come into play next season.

“I think we will see a close fight again between us, Aston Martin, Alpine, Ferrari for sure as well will be in the fight [and] AlphaTauri looks very strong as well,” Seidl said, as reported by RaceFans. “With everything we could see so far, we need to wait until the first race weekend.

“I think everything is very close together again. That’s about where we’ll be.

“It was great for us to finish third last year. But at the same time, we haven’t forgotten about the last race where we could also have easily ended up in fifth and that’s where we see us in that battle.”