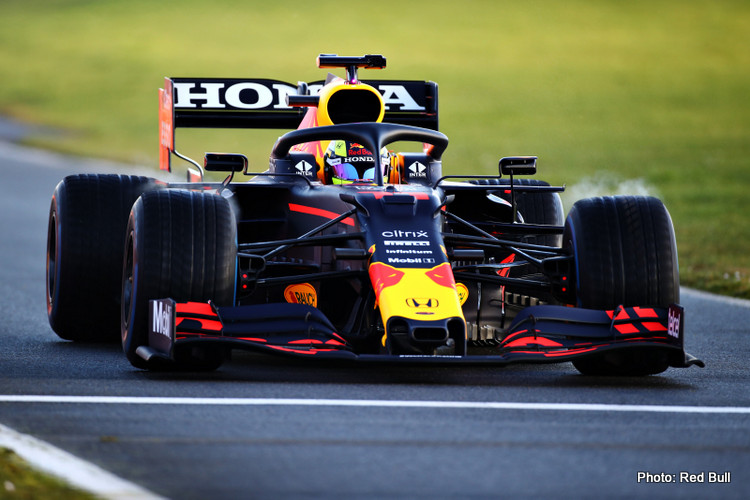 Sergio Perez has said that his decision to join Red Bull over the off-season represents a “great challenge and a great opportunity”.

After seven years with Force India/Racing Point, it was looking as though Perez could be left without a drive for 2021, but the Mexican was hired to replace Alex Albon at Red Bull following the conclusion of last season.

With one and a half days in the car under his belt during pre-season testing, Perez faces a tough challenge up against new teammate Max Verstappen when the season gets underway later this month, while also potentially battling with Mercedes for race wins.

The 31-year-old earned his first victory last season at the Sakhir Grand Prix and has shown the ability in the past to get himself onto the podium with inferior machinery in the past.

Looking ahead to his first season with Red Bull, Perez said that he looked forward to testing himself “against the best”.

“Since I knew I was coming to Red Bull I knew that I am going to be facing a big challenge which is Max,” he told the F1 Beyond the Grid podcast. “He’s a very complete driver.

“I’ve found no surprises to be honest – I’ve just found that he’s a very strong driver all around and it’s going to be a task, a big challenge for myself.

“But this is what I wanted. I wanted to measure against the best in the sport. So, it’s a great challenge and a great opportunity and something that I’m looking so much forward. The way I see it is that I’ve got absolutely nothing to lose in my career. I’ve been lucky enough to have a fantastic career, so whatever comes next is great.

Perez admitted it will take a few races to understand the exact level that Verstappen is driving at.

“Conditions have been so different in these couple of days for both of us,” he added.

“I haven’t seen enough, you know? He’s driven with a track that is 10-15 degrees cooler at times and vice versa, with the wind changing.

“In the first three or four races I will know more but I can already see that he is a very fast, solid driver.”