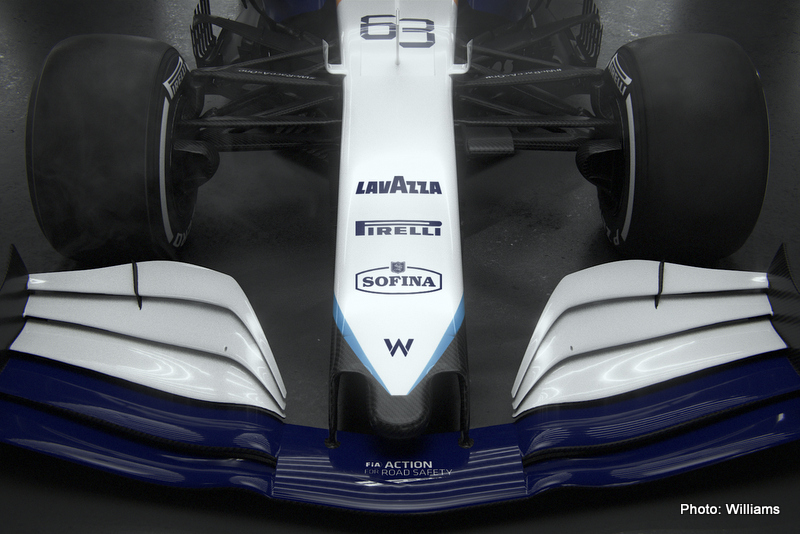 In the COVID-19 world sports sponsorship has taken a pounding with a 23% contraction in the European sponsorship market.

New research from the European Sponsorship Association and Nielsen Sport found the total value of Europe’s sponsorship market shrunk from a record €30.69 billion in 2019 to €23.63 billion in 2020 – its lowest point since 2010.

Analysis of the figures indicates the sports sector fared better with a fall of 9%.

Formula 1 has been bucking the trend with some major deals recently struck and is emerging in good shape all things considered.

Sponsorship is old hat with the new buzz words such as commercial partners taking centre stage.

Williams is particularly proactive in attempting to change the narrative offering to add value through technical expertise.

Tim Hunt, Williams Racing’s commercial and marketing director told SportsBusiness, “In Formula 1, it used to be that the two choices you had when sponsoring a team were ‘how big do you want your sticker on the car?’ and ‘do you want Chablis or Chardonnay in hospitality’.

“Thank God, those days are behind us. Those things are still factors and will always be part of the proposition, but the reality is that in today’s market we need to look at, how do we actually fundamentally impact a partner business’s P&L?

“It’s the reality behind the perceptions of a Formula 1 team as being a high-performance, well-oiled machine. It’s a commercial manifestation of the cliché of having 18 guys deliver a pitstop in under two seconds, which is arguably the definition of teamwork, and it is the tip of the iceberg in terms of our high-performance culture that we are now looking to apply with our partners.”

To highlight an example Williams used their thermodynamics expertise to assist sponsor Unilever on two projects; changing the process they produced soap powder for the Rexona brand and making the way they make ice cream more efficient, both of which delivered considerable bottom-line benefits to Unilever.

As Hunt says, “A simple manifestation from my side is that our sales deck used to say, ‘join our team’, where it now says, ‘how can we help?’”

Hunt summarises the post-COVID-19 sponsorship landscape by saying: “They (partners) are not going to spend the dollars they used to on eyeballs or on brand awareness and a logo on the car. They’re going to have to grow their way out of what we’ve all been through, and I don’t think there’s any better way to position our sponsorship proposition right now than finding out how we can help our partners do that.”

On the other side of the coin is what a sponsor can bring to the team in particular with technical expertise, step forward the software and technology companies.

“We expect to see more entrants from this sector as the 2021 season progresses.”

Well, he is not wrong, take a look at deals worth over $2 million:

So, it is good news that the big-spending and deep-pocketed technology companies have committed $147 million in sponsorship sorry in commercial partnerships.

The F1 grid still relies upon the car manufacturers Renault, Honda, Ferrari, Mercedes, Alfa Romeo, and Aston Martin who pump in over a $1 billion.

In F1 money talks and the dirty industries of oil and tobacco still contribute huge sums into F1’s coffers.

On a footnote: Williams have recently announced a new sponsor damn it commercial partner in the shape of food company Honibe, owned by Island Abbey Foods, owned by Dorilton Capital.