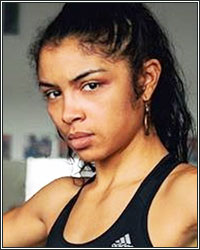 Fresh off her second consecutive victory over future Hall of Famer, Cecilia Braekhus, undisputed welterweight champion, Jessica McCaskill is looking to fight the biggest names on the female circuit.

“I felt my aggression was really good, just keeping the pressure non-stop, and we are ready for what is next. She was running in, and crowded herself, and I figured if she was going to run in, I would have to get at least one or two shots off, and she kept doing it, so I kept doing it as well. I wanted to move and show some more angles, but she kept coming straight in, so she was right there,” said McCaskill.

“A fight with Katie Taylor might be the next thing on the agenda. If that is what it is, that would be great. If that does not work out, then there are a couple of other names out there. As for Claressa Shields, McCaskill thinks a fight with her can happen, “That could be a possibility if Claressa could come down to 147 pounds. At first, she said that she would not give up any weight, and now she is saying she would, so we are just going to have to see if they are going to take this seriously.”

Said McCaskill’s promoter, Leon Margules of Warriors Boxing, “Jessica proved yet again that she is one of the top fighters in the world. She has now dominated the fighter that has been the long-time pound for top boxer. We would love to fight anyone, and a fight with Katie Taylor would most certainly have a different outcome then their first fight. Fights with Taylor or Claressa would be historic fights as it would match two of the reigning undisputed champions against each other.” 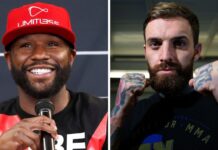