PORT ST. LUCIE, Fla. — Jon Lester has done this before. Spring Training is nothing new, not after 15 years in the bigs. But there was a special feeling when he woke up Thursday morning ahead of his debut with the Nationals.

“I’d be lying to you if I said I wasn’t nervous,” Lester said after the Nats’ 3-1 win over the Mets. “I had the butterflies, which is always good. I’ve told people before, ‘If those butterflies go away, then it’s time for me to go home.’ So it was nice to feel those again.”

Lester’s spring ramp-up was halted this month when he elected to undergo a parathyroidectomy (the removal of a parathyroid gland) in New York to alleviate hyperparathyroidism. As a result, his first start since signing a one-year deal with the Nationals in January was pushed back to Thursday afternoon at Clover Park.

“I think when you face another team or you get into a situation like this where you have some fans and you get that little uptick in adrenaline, I think we can all get a little excited for the first time and get down that mound a little too quick,” Lester said. “[A] big thing for me was just trying to keep that tempo and keeping my legs underneath me and trying to go down the mound, as opposed to going kind of east and west and getting rotational, so I feel like it was good.”

The 37-year-old left-hander threw 31 pitches (21 strikes) over two innings. He allowed one run on one hit and one walk, while striking out a pair. Lester mixed up his pitches to include nine changeups, eight fastballs, six cutters, five sinkers and three curveballs. His velocity maxed at 89.9 mph on a sinker, and his fastball reached 89.1 mph.

“He did really well,” manager Dave Martinez said. “[He] threw strikes, and that’s what we know about Jon. Changeup was really good, his cutter was good, so I was very pleased. The good news is he came out of the game and he felt really good.”

Lester’s changeup, in particular, yielded seven swings and four whiffs for a 57 percent swing rate. Last season, he threw it for 13.5 percent of his pitches, and its usage has increased over the years.

“That usually is kind of my last pitch that kind of comes around because it’s such a feel pitch for me,” Lester said. “Really, before surgery and all that, I had a good feel for it. … I know how important that pitch is going to be for me going forward throughout this year. It’s definitely been a point of emphasis as far as in my bullpens and just really playing catch with it, so it was nice to see the results.”

The Nats will evaluate Lester on Friday to see how he feels. One objective of the surgery was to help with his energy level and retain more electrolytes to counter dehydration. The goal is for Lester to stay on track for his first regular-season appearance and to reach 75-80 pitches by the end of camp.

“It’s just nice to have Spring Training and be able to get back on a mound and pitch again,” Lester said. 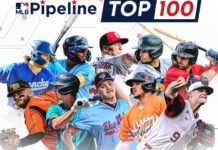 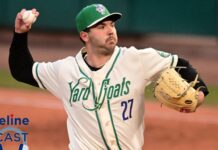 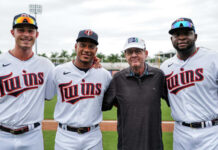