Giolito also walked two and allowed two runs on three hits, while throwing 65 pitches with a couple of stressful innings. But the confident Giolito didn’t mind the extra stress.

“It’s good to get reps in pitching with runners in scoring position, getting the pitch count above 20 in an inning. I think that happened twice,” said Giolito during a postgame Zoom. “Ideally, I’d love to go out there and just have 1-2-3 innings where I’m striking everybody out.

“That’s not baseball, that’s not going to happen. Today, obviously, fastball command needs to be better, but it was one of those days a little bit out of sync, hard to find a rhythm. I felt like I made good pitches when I needed to. I think the plan originally was to go four innings, but the pitch count got a little too high there. But definitely a lot of takeaways from today.”

Many prognosticators have listed the White Sox as one of the 2021 World Series favorites, and having Giolito at the top of the rotation is one of the reasons for that confidence.

“We’re just really, really good, and we know we are,” Giolito said. “Especially me focusing on the pitching side, our rotation I think we’re super nasty. The bullpen is the best in the league. The expectations are high from outside sources, but also internally.

“We own that. We just know that we have to stay focused, we have to take it game to game.

Grandal returns behind the plate

The first 2021 Cactus League start for Dallas Keuchel on Thursday also will mark Yasmani Grandal’s first 2021 Cactus League appearance behind the plate. Keuchel has been working on the backfields at Camelback Ranch, throwing live bullpens and simulated games, while Grandal was sidelined by a twisted right knee sustained during running drills on Feb. 24.

Grandal has started twice as designated hitter in Cactus League games and twice in “B” games as he works toward becoming regular-season ready with 12 Spring Training contests remaining.

“That’s a good sign,” said White Sox manager Tony La Russa of Grandal’s return. “With him, it’s going to be about how many times is he available, because the more availability, the more at-bats. The more he catches, the better timing.

“But I’m pleased. That’s still a significant amount of time before Opening Day.”

Luis Robert returned to the White Sox lineup after missing two games for precautionary measures with an abdominal strain.

“I feel good,” said Robert through interpreter Billy Russo prior to Wednesday’s game. “I started feeling it like four or five days ago, and I don’t know how that happened. But I feel good. Physically and mentally. I’m preparing myself to have a very good season and that’s most important.”

“He feels good. We had him tested, passed everything,” La Russa said. “We’re excited to get him back in the lineup.”

Robert hit sixth and played center field in Wednesday’s contest, but he also has hit second during Spring Training and was at the top of the lineup while Tim Anderson was sidelined in 2020 with a groin strain. He has the potential to hit anywhere in the lineup.

“It’s not that big of a difference,” Robert said. “I feel like I can feel comfortable in whatever spot in the lineup.”

• La Russa praised the command shown by Carlos Rodón during his outing against the Padres on Tuesday, but spoke Wednesday morning about taking more time before announcing the fourth and fifth starters. Dylan Cease and Reynaldo López also are in the mix.

“Sometimes the only reason you make a decision is because you have to and you’d like to have more at-bats or more appearances for a pitcher,” La Russa said. “When the time is out, you’ve got to make a call. But right now, that’s not the case.”

When asked for the deciding factor, La Russa says he will factor in the pitcher’s stuff, command and how many different pitches he has.

• Billy Hamilton made his White Sox debut as a pinch-runner and promptly swiped second base. He popped out to end the game with the bases loaded.

• Yoán Moncada has reached base in 10 straight Cactus League games.

“I hung a curveball and he Roger Federered it into the other bullpen.” — White Sox closer Liam Hendriks on the home run he allowed to the Cubs’ Patrick Wisdom with one out in the ninth Monday while protecting a one-run lead 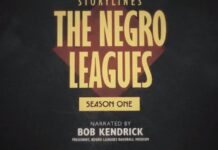 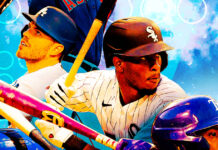