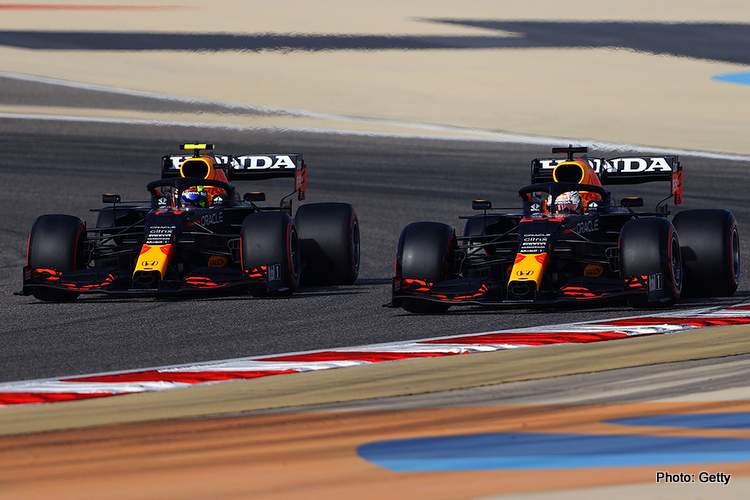 In the wake of a thriller in the desert, a race Red Bull should have won, the Red Bull consultant shed light on why pole-winner Verstappen’s three-tenths advantage in qualifying on Saturday did not translate into a similar performance on Sunday.

Marko to Formel1.de: “The problems we had were mainly software related. Nothing with hardware, so things that we can correct with adjustments.”

Party modes have been outlawed since last year, but teams can ‘detune’ their PU packages during a race, should it be required during a race to conserve a unit. However, the PU cannot be turned up again during the race.

Which is what happened at Sakhir, Red Bull had to go more conservative as Marko explained: “At the start of the race he had problems, drastic at times, in the differential area and, in the last sector, more specifically we lost up to three tenths per lap. But still, Max drove as expected.”

Verstappen and Red Bull lost out to an inspired Lewis Hamilton at his very best on the night, with a bullet-proof Mercedes and superb strategy calls from the pit wall being the difference between victory and second place.

Nevertheless, while losing out on victory, it was a very positive night for the last team to win an F1 title other than Mercedes.

After the dust had settled on the weekend in Bahrain, Verstappen is clearly a contender with Sergio Perez an exciting prospect despite a challenging opening weekend for the Mexican in his new team, but he ticked all the boxes and was voted Driver of the Day for his impressive efforts which began in the pitlane and ended with fifth.

Marko’s verdict on Checo: “His race pace is at Verstappen’s level. When he had clear air, he delivered the same times.”

Also delighted by the team’s new finding – Yuki Tsunoda – the rookie who has set the F1 stage alight, rocketing in popularity among fans, a Star is Born in the manner the equally prodigious and baby-faced Kimi Raikkonen did over two decades.

The Japanese driver finished ninth in his first Grand Prix, scoring points in his debut which had Marko singing his praises to RTL: “Our Yuki Tsunoda is 20 years old and has only been in this car for one-and-a-half days, but he has delivered a sensational performance.

“Of course you can’t do that without a car. But I guess AlphaTauri will be near the front midfield, which is very close. There is Renault, there is Ferrari, also Aston Martin. I think McLaren is a notch ahead. We expect there to be a tough battle there. Depending on the track, one or the other will be in front. But again, Tsunoda was sensational.”

From two new drivers, Marko was asked his opinion about the team’s greatest driver – four-time F1 World Champion Sebastian Vettel – whose reputation took a battering after a dismal first weekend with Aston Martin, the sport’s biggest hitters questioning how long the German will continue.

With 1996 F1 World Champion Damon Hill saying that “Seb is being beaten to a pulp” and the rot he experienced at Ferrari last year did not reset, it continued in Green.

Marko reflected on Vettel’s woeful performance in Bahrain: “I was of the opinion he should take a year off, sort things out, ask himself what he wants. I believe that a lot is possible within Formula 1 next year.”

The Austrian suggested that a sabbatical for the beleaguered driver in 2021 would provide him with more options in 2022 than the last gasp signing with Aston Martin, whose Lawrence Stroll salvaged Vettel’s career in the top flight.

“He didn’t do it and now he is sitting in the Aston Martin, which of course suffers, as it is still similar to the Mercedes. They are very similar cars and Bahrain, a break for him would have been better,” reckoned Marko of a driver he mentored through the Red Bull pipeline and guided to four F1 titles.