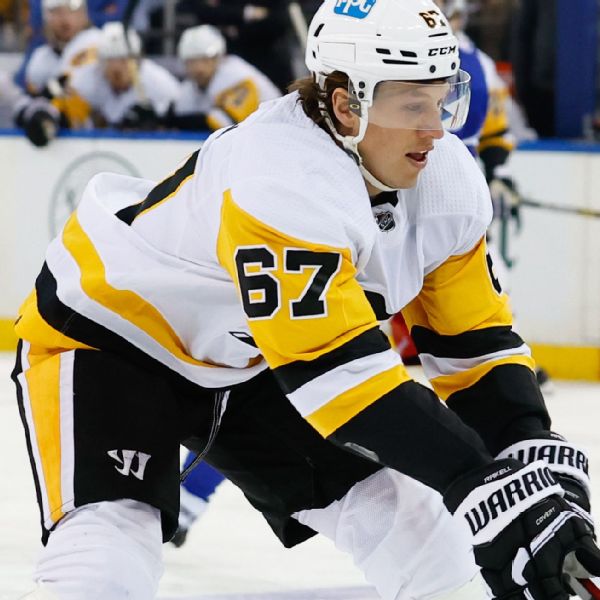 The contract runs through the 2027-28 season, and carries an average annual value of $5 million.

Rakell, 29, among some of the trade-deadline departures from the Anaheim Ducks last season, found a fit in Pittsburgh, when healthy. But the Penguins will now get to see how he can produce in their high-powered offensive system across a full season.

“Rickard proved that he is a great addition to our team,” general manager Ron Hextall said in a news release. “He brings versatility and offense to our lineup, and we know he will be an impactful player for us going forward.”

Rakell battled injuries in Pittsburgh, and while there seemed to be chemistry with the Penguins’ elite playmakers, Rakell settled for four goals and 13 points in 19 regular-season games with his new mates. Largely a second-line player, he averaged 17:01 time on the ice. But in a seven-game marathon of a series vs. the New York Rangers — a Round 1 loss — Rakell only skated in two of the games without registering a point.

A 2011 first-round pick of the Ducks, Rakell is a three-time 20-goal scorer, and a two-time 30-goal scorer but hasn’t hit either milestone since 2017-18, and hasn’t topped 70 games played in the last five seasons.

The team’s announcement came hours after ESPN confirmed reports that Pittsburgh forward Evgeni Malkin, 35, will test free agency on Wednesday for the first time in his career.

The star center, who remains at a contract impasse with the Penguins, has spent all 16 years of his career in Pittsburgh. He was part of the core, along with center Sidney Crosby and defenseman Kris Letang, that helped Pittsburgh win the Stanley Cup three times. Malkin won the Hart Trophy as league MVP in 2011-12 and the Conn Smythe Trophy as playoff MVP in 2009.