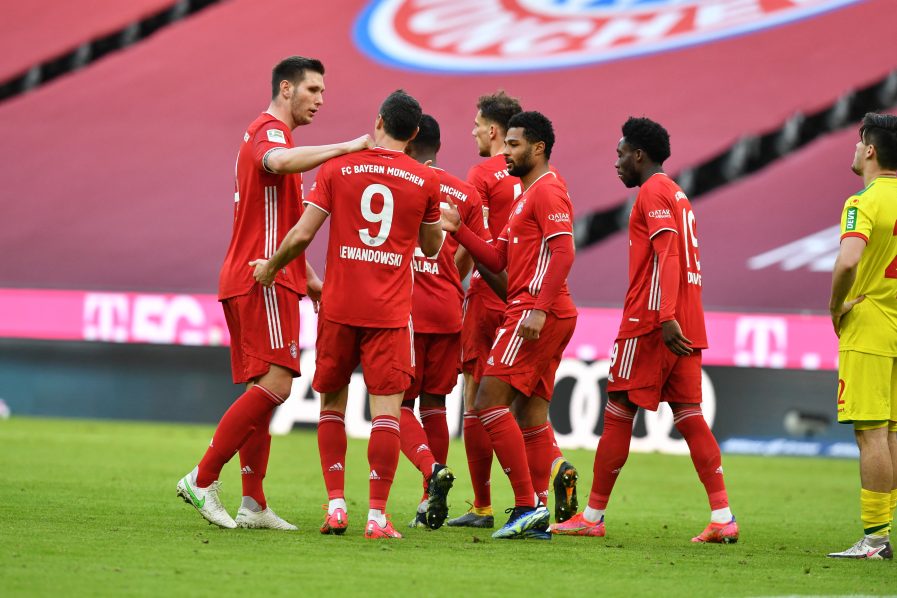 Finalists in eight of the last ten seasons and 20-time winners overall, favourites Bayern suffered their earliest exit since 2001 with a penalty shootout defeat to second-tier minnows Holstein Kiel in the second round in January.

The upset left the race for the cup wide open and handed rivals such as Dortmund, Gladbach and RB Leipzig their best chance in years of winning a trophy.

For Gladbach coach Rose, Tuesday’s clash is a chance to save a faltering final season before joining Dortmund at the end of the campaign.

After leading them to a top-four finish last season and the Champions League knockout stages in the current campaign, the 44-year-old has seen his side drop to eighth after four defeats in their last five league games.

Rose has come under increasing pressure after he announced his intention to join Dortmund earlier this month, with some fans and commentators calling for him to step down.

Yet on Saturday, he dismissed the notion that there would be a conflict of interest when his Gladbach side meet Dortmund this week.

“It’s not difficult for me at all. I am the coach of Borussia Mönchengladbach. I have goals with this club, and I am responsible for its sporting success and for my players,” he told Sky.

For Gladbach, victory over Dortmund would move them one step closer to a first major title since 1995, the year they last won the cup.

Dortmund, meanwhile, is hoping to get their hands on the trophy for the third time in the last decade, while RB Leipzig is eyeing a first major title.

Currently second in the Bundesliga, 2019 finalists Leipzig are arguably favourites ahead of their quarter-final clash with Wolfsburg on Wednesday.

Yet their opponents, who won the cup as recently as 2015, are also in fine form with six wins in their last seven games in all competitions.

The other quarter-finals see Werder Bremen travel to second-tier side Regensburg, while Rot-Weiss Essen and Holstein Kiel meet in a clash of the giant-killers on Wednesday.

While Kiel sensationally sank Bayern in the second round, fourth-tier Essen has claimed a number of major scalps on their way to the last eight, including Bundesliga sides Arminia Bielefeld and Bayer Leverkusen.