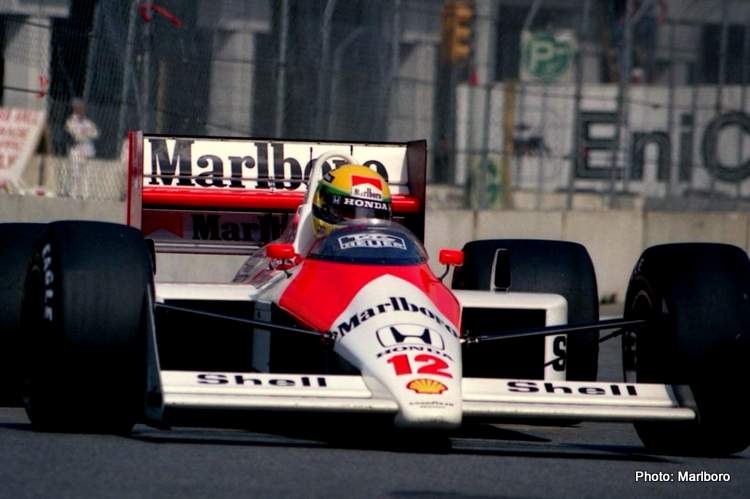 Tributes have been paid to Ayrton Senna on the day of his 61st birthday.

The legendary Brazilian driver died after being involved in an accident during the 1994 San Marino Grand Prix at Imola, aged just 34.

Born in Sao Paulo on March 21 1960, he began karting at the age of 13 and moved to the UK in 1981 in order to pursue a career in racing. In 1983, he won the British Formula Three Championship and secured a seat with Toleman in Formula 1 for the following season.

After a successful rookie year with Toleman, where he finished on the podium three times, Senna moved to Lotus and drove to his first Grand Prix victory in just his second race for the team. In three years with Lotus he won six Grands Prix and earned a move to McLaren for the start of the 1988 season, where he would be paired with the then two-time world champion Alain Prost.

The rivalry between the drivers during their two-year spell as teammates is now legendary, with Senna securing his first world title in 1988 ahead of Prost, and the Frenchman winning his third the following season. Senna added the 1990 and 1991 championships to his tally, before joining Williams, who had dominated the sport in 1992 and 1993, for the start of the 1994 season.

Tragically, Senna was killed in just his third race for Williams.

Today, on his 61st birthday, we join many others in paying tribute to one of the greatest racing drivers that F1 has ever seen.

🇬🇧 61 years ago, Ayrton Senna was born, one of the greatest idols in the history of the sport. #SennaSempre #SennaDay pic.twitter.com/YkL4PPOJ1b

He was born #OnThisDay 61 years ago. Remember him this way, triumphant in #F1 victory, at Adelaide in ’93, for the 41st & final time. pic.twitter.com/E5d42Eyb9o