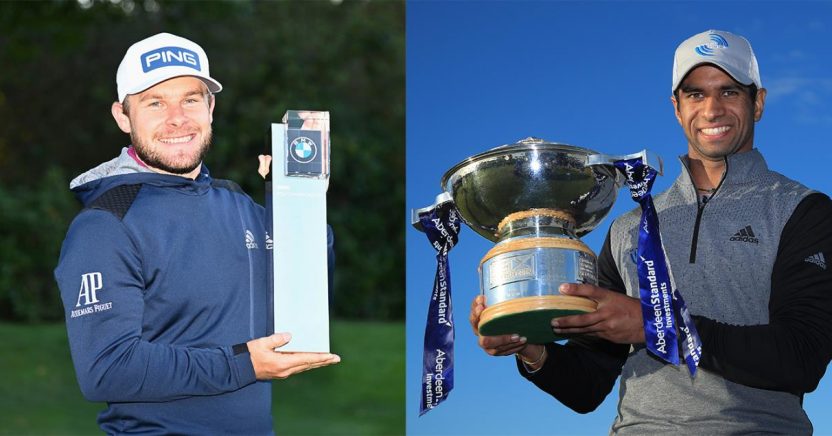 The Rolex Series has ensured a number of lucrative events on the European Tour since its establishment in 2017. However, this season’s Series has been impacted by the COVID-19 pandemic, which means that only four events will make up the series this season. The first event took place in the form of the Abu Dhabi HSBC Championship at the end of January, with Tyrrell Hatton claiming the win.

The remaining three events on the Rolex Series will offer competitive markets when it comes to betting on the sport. Gamblers looking for the best offers for the events can examine the Betfred promo code, which will ensure that customers will get more money to play with. But, which players will be prominent in the betting throughout the season?

One player that will be prominent for all of the Rolex Series event throughout the season will be Tyrrell Hatton. The British player is currently ranked second on the European Tour, after winning the Abu Dhabi HSBC Championship in the first Rolex Series event. Hatton won the flagship event in the form of the BMW PGA Championship last season.

He has been in decent form already this season, as he has already finished in the top ten at both the Vivint Houston Open and The CJ Cup @ Shadow Creek. He would be a good price to pick up a seventh European Tour win in one of the Rolex Series events.

Like Hatton, Collin Morikawa has already picked up a win on the European Tour this season, and he sits top of the European Tour rankings. His success came in the WGC-Workday Championship, as he won the event by three shots from Billy Horschel, Viktor Hovland and Brooks Koepka. As well as the win at The Concession, he has also finished third on three other occasions this season.

His best finishes, aside from his win, came in ties for seventh at the Sony Open in Hawaii and the Sentry Tournament of Champions. The 24-year-old will be among the favourites for all the events throughout the season, as he searches for a third victory on the European Tour. His only other victory came in August 2020, as he won the PGA Championship, which was his first major success.

Aaron Rai may not be a prominent selection at the top of the betting for the events throughout the European Tour, but he may be one to keep an eye on for each-way value. The 26-year-old has won two events on the European Tour throughout his career, and has won a further three Challenge Tour events. He picked up a huge win on the European Tour last season, as he beat Tommy Fleetwood in a playoff in the Aberdeen Standard Investments Scottish Open.

The British player put in a decent performance in the WGC-Workday, as he finished in a tie for 18th, and we can only see brighter things ahead for him on the European Tour this season.