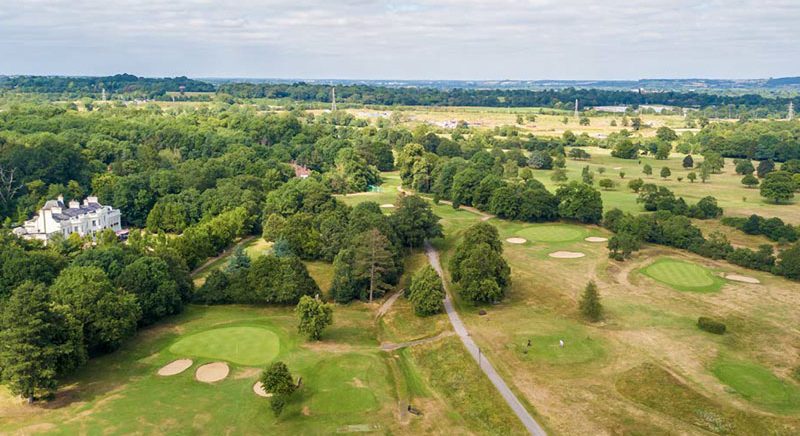 Whitewebbs Park Golf Course in North London is to remain permanently closed after the local council that manages the club decided to withdraw further funding.

In explaining its decision, Enfield Council said that Whitewebbs Park has lost more than £1.1 million over the past five years and it would be “irresponsible” to continue to subsidise it using taxpayers’ money during the current economic crisis.

A report recently published by the council acknowledged there had been an increase in bookings for the course during the pandemic, but claimed this was “a temporary situation where existing golfers made up for lost rounds during lockdown”.

The course will remain closed to golfers when other clubs in England open on March 29 in the latest relaxation of the lockdown, although it will be available to be used for walking and jogging.

A council spokesperson said: “Whitewebbs Golf Course has been making a loss for a number of years, despite the introduction of measures designed to increase income and reduce costs at the site. Since 2014-15 the golf club has lost more than £1.1million. At a time of national crisis, when our priority is protecting all of our communities and providing support for our most vulnerable residents, it would be irresponsible and unsustainable to continue to use taxpayers’ money to subsidise an activity that is well provided for elsewhere across the borough, with six full-length courses and a pitch and putt course available for golfers in Enfield.

“We are currently in a marketing process which will determine the future of the site. This process requires – among other considerations – applicants to meet the needs of the council and the wider community and to increase community access to Whitewebbs for walking, recreation, leisure and other uses.”

Local councillor Joanne Laban expressed her dismay at the loss of the publicly-run golf facility, especially in light of the recent increase in demand. She said:“Whitewebbs Park Golf Course is a much-loved asset in our borough, and it is outrageous that the Labour administration has decided to close the golf course with immediate effect, and with no consultation with residents.

“The reaction of residents on social media to this decision shows the strength of feeling on this issue. This action, in my opinion, indicates that the Labour council has already decided that the golf course will not remain, and some other form of commercial activity will replace it in the future, which seems to also prejudge the process of the procurement.”

Enfield Council first investigated the possibility of leasing out the course to a commercial partner in 2019, and was put up for sale in 2020.

The spokesperson added: “This process has been delayed because the coronavirus pandemic has affected the immediate priorities of the council and the applicants. However, Enfield Council will be in a position to announce the next steps shortly. In the meantime, whilst the course will be closed to golf, the site will remain open for walking, jogging and other recreational use.”