EAST RUTHERFORD, N.J. — What the New York Giants did last month in NFL free agency with their own signings was out of character.

Not because they spent big. Giants oo-owners John Mara and Steve Tisch have done that before, and not so long ago — see 2016, when New York signed defensive tackle Damon Harrison, pass-rusher Olivier Vernon and cornerback Janoris Jenkins.

But those 2016 signings served as a cautionary tale, because since making the playoffs at 11-5 that season, New York has fallen on hard times and all of those big-name additions were ex-Giants before the 2019 season ended.

And this year the massive financial commitments, which included $73 million fully guaranteed for five of their free agents, came with an added risk the Giants usually avoid: Injury.

What you need to know about the New York Giants:

It’s an eye-opening approach for a typically risk-averse organization.

“Hurt guys get hurt,” general manager Dave Gettleman told the Giants’ website just last year. “That’s a phrase we have in scouting. It’s just the truth. It’s very difficult for hurt guys to last. They just manage to get hurt.”

Well, that would be a bad sign for the Giants’ two offseason headliners. Golladay missed 11 games last season with hamstring and hip injuries. He’s played 16 games once in his four professional seasons. Jackson has missed 18 games the previous two seasons with knee and foot injuries.

What prompted this sudden change of heart from the organization? It is not as if the Giants’ medical staff has been overhauled. Most of the key figures have been long-standing members of the organization. The front office also remains mostly unchanged from the past few years.

This about-face is likely more about feeling the need to take a risk on high-end players given the state of the roster. The Giants needed a massive influx of talent this offseason, and even the best players in free agency come with some risk. Spending on players at the top of the market almost always comes back to desperate teams making exceptions and taking calculated risks for talent. That seems to be the case here. 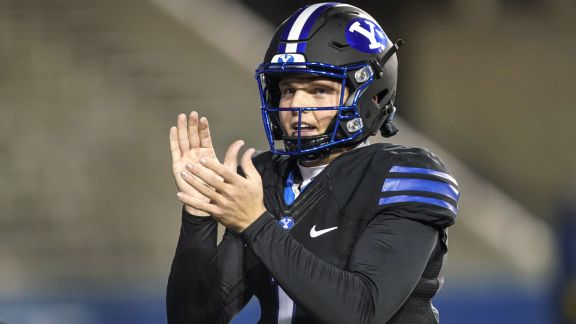 • Jets equipped to develop next QB?
• Panthers’ options after Darnold trade
• Chiefs’ Jones, Reed to cause ‘havoc’
• Futility pushed Giants to gamble on FAs
• Cowboys take offense in first round?

The losing in recent years was a factor. The Giants’ 18-46 record over the past four seasons is tied with the New York Jets for the worst in the NFL during that span, and it has taken its toll. Mara admitted as much last week.

“It’s been a very difficult four- or five-year period for us and I’m tired of the losing and of having the postseason press conference trying to explain what went wrong and why I think we’re making progress,” Mara said. “It’s time for us to start winning some more, and that’s one of the reasons we spent the money we did.”

The Giants can only hope that frustration has not clouded their judgment. They remain in the midst of a rebuild that now has been accelerated. Some sort of tangible results are expected immediately after this kind of spending frenzy.

With the Giants’ biggest free-agent acquisitions it was imperative that before the significant financial commitments were made ($40 million guaranteed for Golladay, $26.5 million for Jackson) there was a visit. The medical evaluations were critical components. Golladay’s hip and Jackson’s knee went through the Giants’ gauntlet. They passed the necessary tests.

“That was certainly an important factor and that’s why it was so critical that they take complete physicals and that we have our medical people take a good look at them,” Mara said. ” … I was convinced, particularly in Kenny’s case and also in Adoree’s case, that they were healthy and would be expected to contribute fully in 2021, but that’s a huge thing when you’re laying out that kind of money.

“You have to make sure that these guys are healthy. We believe that they are and time will tell.”

Time also will tell us whether these were the right moves at the right time with Judge having already laid the groundwork for success this past season. Or whether this was a slightly altered version of 2016 that is destined for a similar fate.