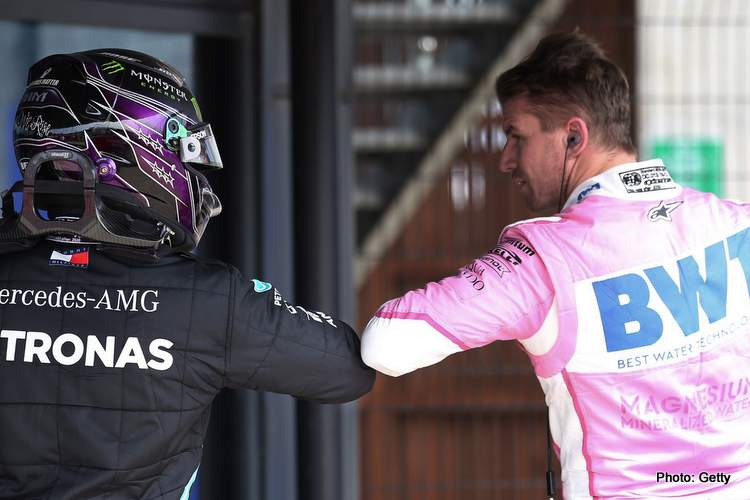 Mercedes team boss Toto Wolff said that super-sub Nico Hulkenberg would be a good fit as a Formula 1 reserve driver for Mercedes and McLaren this season but nothing has been signed yet.

The German, who lost his Renault seat at the end of 2019, stood in for Sergio Perez at Mercedes-powered Racing Point (now Aston Martin) last season when the Mexican tested positive for COVID-19.

Mercedes already have Belgian Stoffel Vandoorne and Dutch driver Nyck de Vries as reserves but both are competing in Formula E and the calendars overlap at certain races this season.

The role has become particularly important during the pandemic, with Mercedes having to call on Williams driver George Russell in Bahrain last December when seven-times world champion Lewis Hamilton contracted the virus.

“Nico knows the current generation of Formula 1 cars and the tyres, and it would be good to have him in the line-up as a solution, maybe to be shared with other teams,” Wolff told reporters as teams started testing in Bahrain.

“He’s a known quantity and well respected, so it would be good, but it’s not yet (done). We didn´t put pen to paper.”

McLaren have switched from Renault engines to Mercedes this season but already had a deal to share reserves with the manufacturer last year.

“We will have an agreement again with Toto, with Mercedes, to use their reserve drivers in case of an emergency and we’re happy with that,” said team principal Andreas Seidl.

Hulkenberg himself is biding his time with kit bag in hand: “I’m not too stressed about it. I delivered when I had the chance [last] year, that’s the one thing if you’re not fully doing a season it’s kind of difficult, you’re not that visible and people tend to forget quickly.”

Nevertheless, don’t count out seeing The Hulk in action at some point this year for what would be his 180th (podium-less!) grand prix start.