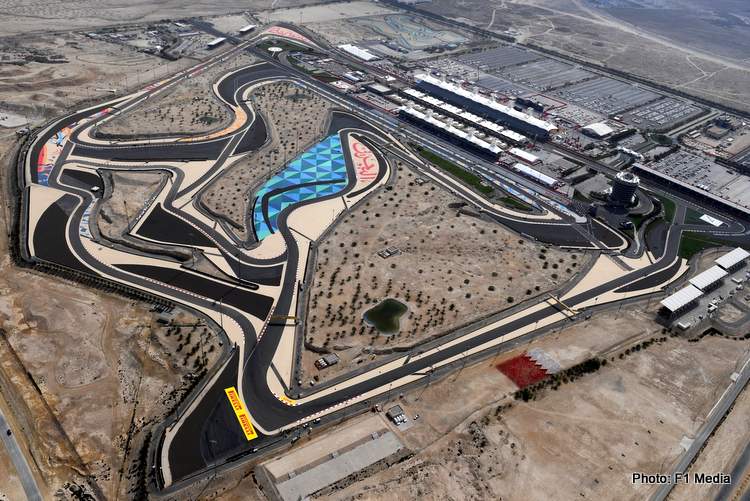 Formula 1 pre-season testing gets underway on Friday after what has felt like a pretty long off-season given the ongoing pandemic we are all living through.

The final race of the 2020 season in Abu Dhabi was held on December 13, 12 days later than the final race in 2019, but given that testing is beginning far later than it did last year, we have actually been forced to wait an extra nine days for the return of F1 cars out on track. Hard times.

Anyway, this season’s testing will look a little different to last year’s, with only three days scheduled compared to the six the teams enjoyed in 2020. The location is also different, with F1 shifting things from Circuit de Barcelona-Catalunya in Spain to the Bahrain International Circuit in, you guessed it, Bahrain.

What impact the change of location will have is tough to know, although perhaps the presence of testing in Bahrain will make for a worse opening race of the season, due to the number of laps the teams will have completed around that very circuit.

This is often an argument used against holding testing and a race in Barcelona, but I somewhat suspect it is just because Circuit de Barcelona-Catalunya is not a great track. They could of course run testing on the traditional Bahrain layout and race on the outer circuit like they did last season for the Sakhir Grand Prix, but that does not seem to have been tabled as an idea.

In terms of the number of days afforded, it is tough to know who this will affect more, the drivers or the teams. Max Verstappen said recently that he found six days of testing “a bit boring”, but with drivers set to have just one and a half days on track each, there is a race against time for them to find the absolute limit of their new car before the season starts for real.

From the perspective of the teams, any extra time on track is helpful, so halving the amount of testing compared to last year will surely be of some concern. If the limited amount of testing benefits the racing on-track and leads to an increase in unpredictability, I will not be complaining, but I’m certain we will hear a few grumbles over the weekend.

Day one gets underway on Friday, March 12, at 10 am local time (7 am UK time), with the action finishing at 4 pm local time (1 pm UK). There is a 50-minute break in between the morning and afternoon sessions on each day, with testing running to same timetable on Saturday and Sunday also.

So what exactly are we looking out for?

Last year I think it is safe to say that Mercedes’ dual axis steering innovation, or DAS, stole the show, but in terms of making firm predictions, testing is not ideal. With fuel loads not always representative and team’s often sandbagging, you can only get a very general idea of how things look set to shake out.

It will be fascinating to see how Fernando Alonso is after he missed the Alpine team launch due to the injuries he sustained from a cycling accident. The team said at the time that he would be ready in time for testing, so I am sure eyes will firmly be fixed on the two-time world champion once he gets out on track.

Aston Martin too will be worth keeping an eye on and their new driver Sebastian Vettel in particular. The Silverstone team showed real signs of progress in 2020 thanks in part to their “Pink Mercedes”, and should not be underestimated going into the new season. The task for Vettel is to prove that he is in fact an upgrade on Sergio Perez. If he can show that he is, that green machine could look pretty handy with him at wheel.

Liveries are another thing to look out for. After Ferrari launched their SF21 on Wednesday, we have now seen all 10 cars that are set to take the track in 2021. I am sure you all have your favourites, but often it can be fun to reserve judgement until we actually see the cars out on track and not in a dramatically lit studio.

Whatever you are watching for, pre-season testing is a nice soft introduction into the new campaign for those of us obsessed enough to watch. While we are unlikely to learn too much or have our opinions altered in any significant way, it is nonetheless an exciting time and one that means that the real thing is only just around the corner.