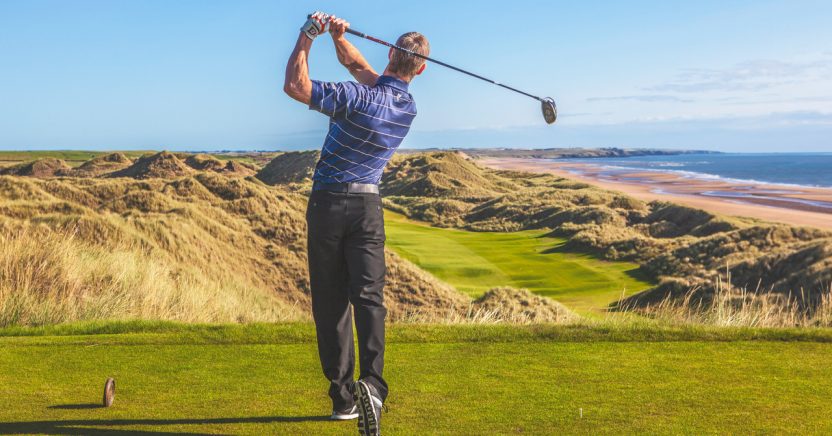 With 17 golf courses in and around the city of Aberdeen itself, and more than 40 further layouts in the county of Aberdeenshire, the North-east corner of Scotland offers golfers plenty of choice when it comes to finding somewhere to swing a club in glorious surroundings.

The journey north and east is well rewarded with a collection of stunning courses on which to test your skills, from the classic and timeless East Coast links to be found at Royal Aberdeen, Murcar Links and Cruden Bay, to the demanding modern masterpiece that is Trump International Golf Links at Balmedie, and to dozens of delightful parkland and highland courses waiting to be discovered down quiet country lanes, Aberdeenshire is a golfing purists’ paradise.

Away from the links, the region’s attractions are just as impressive; beautiful sandy beaches, imposing cliffs and pretty seaside towns can all be found alongside ancient castles, famous whisky distilleries, culture-filled cities and so much more.

Located on the northern edge of the city, Royal Aberdeen Golf Club, which was founded in 1780, is the sixth oldest golf club in the world. Its renowned Balgownie Course, which first opened in 1888, runs out and back along the North Sea coast in the time-honoured way. With its rivetted bunkers, towering dunes, coastal plateaus, rolling fairways, tight greens and constant breezes, it provides a delicious taste of traditional links golf. A regular host of elite amateur events, Royal Aberdeen is also no stranger to staging top-flight professional tournaments, having held the Scottish Open in 2014, which was won by Justin Rose, while the legendary Tom Watson won the Senior British Open here in 2005. Royal Aberdeen Golf Club will provide the setting for the 2021 Scottish Senior Open hosted by Paul Lawrie, when the Legends Tour returns to the venue for the first time in 26 years from September 10-12, 2021. The 2021 Scottish Senior Open marks professional golf’s return to Balgownie Links – one of two courses at Royal Aberdeen – after it hosted the first three editions of the Scottish Senior Open from 1993-1995, The 2005 Senior Open, the 2011 Walker Cup and the 2014 Scottish Open. Aberdeen native and 1999 Open Champion Paul Lawrie, who is an Honorary Member of Royal Aberdeen, takes on hosting duties as well as returning to the event as defending champion, after winning his first Legends Tour title in the 2019 edition at Craigielaw Golf Club.

Situated right next door to Royal Aberdeen, Murcar Links is another outstanding course originally designed by Archie Simpson and later remodelled by James Braid. Recent sympathetic alterations have improved it further, and it could soon emerge from the shadow of its more illustrious neighbour to receive the recognition it undoubtedly deserves. 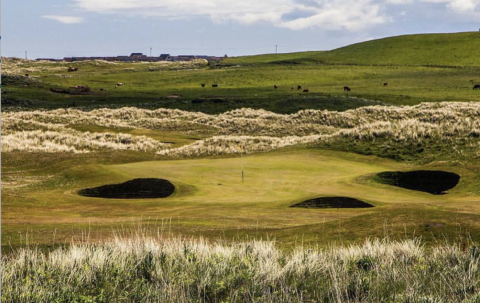 The course has everything you would hope to find in a top-quality links, including wonderfully springy turf, huge sand dunes, crumpled fairways, whins, burns and heather, and exceptionally wide variety of holes. And the greens are supremely quick and remarkably true.
Measuring 6,516 yards from the back tees, it’s certainly no monster, but it’s a seriously challenging layout, with the hummocking fairways often cruelly tight in places, and having a habit of bouncing your ball into fearsome rough. Add to this a few blind shots, and you’ll soon understand why a forecaddie would be wise investment if you don’t want to find yourself restocking up on balls in the pro shop.
The par-four 7th is considered to be the signature hole, with the high tee offering panoramic views over the North Sea. It requires a drive over a snaking burn, avoiding the ravine on the right and tangly rough on the left, and a narrow strip of fairway somewhere in between.
The golf course has hosted its share of top tournaments, including eight Northern Opens, the European Challenge Tour’s inaugural Scottish Challenge in 2006, the European Girls Team Championship and the Scottish Amateur Strokeplay Championship. The latter two took place in 2009, the club’s centennial year. Paul Lawrie, the 1999 Open champion, visits Murcar Links frequently. In fact, he performed the ceremony when the new clubhouse opened in 2006, and hosted the first of his European Tour Match Play events at the venue in 2014. 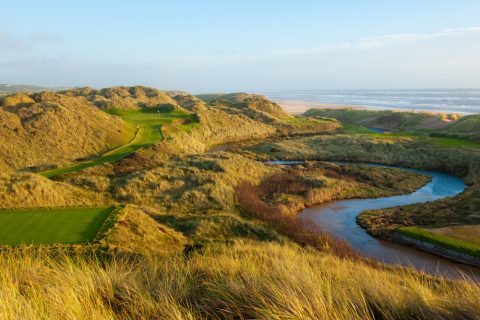 Travel a few miles farther north along the coast and near the previously sleepy town of Balmedie, you’ll discover a dramatic new course that created almost as big a stir when it opened in 2012, as did the discovery of oil in the region all those years ago.
From a purely golfing perspective there is no denying that the American billionaire has created an instant classic. Designed by the highly regarded Martin Hawtree on an extraordinarily promising stretch of dunes, the course takes its lead from the mountainous sand hills that were there at the outset, most of the holes follow the floor of a valley, with the fairways rippling gently under your feet like ill-fitting carpets. It’s a classic ‘out-and-back’ links design, with only the 13th veering from west to east within the site’s narrow strip of land.
Those looking for weak holes soon accept that they’re just not there. From the show-stopping par-3 third, which offers one of the rare views of the sea, to the majestic par-5 fourth, and the equally inviting short sixth, it challenges at every turn on the front nine, with heather, rough and pot bunkers to catch every errant shot.
The back nine is no less demanding, with the stretch from the 13th to the 15th a particular highlight. As you stand on one of six tees on the last hole, a brutal 651-yard par five, your focus will be on the 18 bunkers – nearly a quarter of the course’s total of 85 – laid out before you.
At 7,400 yards off the backs, it’s certainly long enough, but the five sets of more forward tees on each hole render it genuinely playable for golfers of all standards. If you can afford it, you really should try it out and decide for yourself if all the hype is justified. 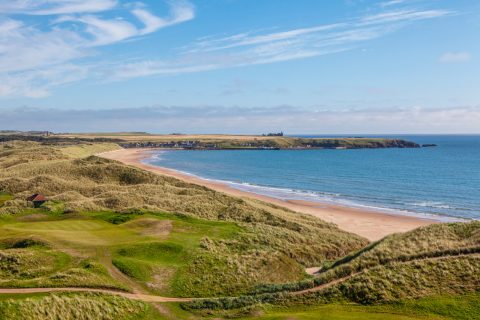 Keep going north up the coast and you will pretty soon reach Cruden Bay, one of the most glorious golf courses in Scotland. As soon as you arrive, walk into the clubhouse and gaze out over the dune-packed course to the North Sea beyond and soak in the beauty of it all.
Although most of the original greens have survived, much of the routing was changed about 90 years ago. Like many others, it has also been stretched over the years. Originally 5,290 yards, it now measures 6,287 yards off the regular tees and 6,615 yards off the tips. Whichever tees you play off you’re in for a thrilling ride, with the figure-of-eight layout winding its way through towering dunes, with elevated tees, and humped and hollowed fairways bumping their way to punchbowl greens nestling in attractive dells. Its classic rugged linksland golf, all set against the dramatic backdrop of the North Sea.
Many of the holes are secluded from each other, enhancing the feeling of intimacy, although the expansive views offered by the raised tees ensure it never becomes claustrophobic.

Fraserburgh
Not only is Fraserburgh Golf Club the seventh oldest club in the world, founded in 1777, but it is also the oldest club still operating under its original name — and the oldest north of St Andrews. Redesigned in 1922 by five-time Open champion James Braid, this is another spectacular links which offers golf about as close to the original game as you can get. The views from the dunes are stunning, and the fairways famously undulating. Only a 45-minute drive north of Aberdeen, this is a course not to be missed.

Ballater Golf Club, founded in 1892, is located on the banks of the River Dee in Upper Deeside, the views of the surrounding hills are outstanding. Mainly heathland in character, there are also parts of the course that are parkland. Excellent use of the natural undulations in the flood plain has led to a fantastic and fascinating course to play. 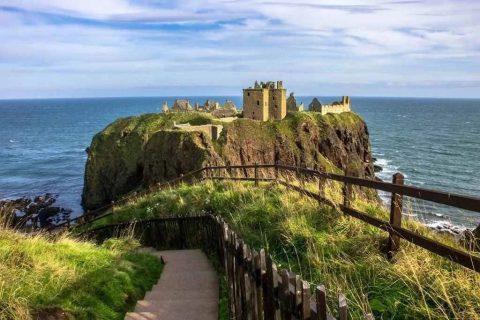 With over 165 miles of stunning coastline, and thousands of acres of unspoilt countryside,Aberdeenshire is an ideal destination for a UK break away from the crowds this summer.
The northern part of the county is a fantastic area to explore, with its combination of fascinating fishing towns and villages, such as Boddam, Rosehearty and Fraserburgh, with their sandy beaches and stunning cliffs.
Follow the River Dee west of Aberdeen, towards the rising bulk of the Cairngorm mountains, and you come to Royal Deeside. ‘Royal’ because this is the summer home of the Royal Family. Their castle at Balmoral is one of several in the area, which is ringed by remarkable mountains to climb and dotted with beautiful villages to explore. There is a wide range of outdoor activities to take part in, from gentle forest strolls to more energetic mountain biking, skiing to gliding.
Other local attractions include the Macduff Marine Aquarium, which is an excellent introduction to the huge variety of life found in the local seas; it is also the deepest seawater tank in Scotland. The Museum of Scottish Lighthouses is also nearby, close to Fraserburgh.
To the north of Deeside is the more rugged river valley of the Don. Donside is quite different in character to its southern neighbour, and full of fascinating archaeological and architectural wonders to explore. The area abounds with castles, but there are relics of an even older time here: stone circles from the time before iron, symbol stones from the era of the Picts — their meaning lost in time. 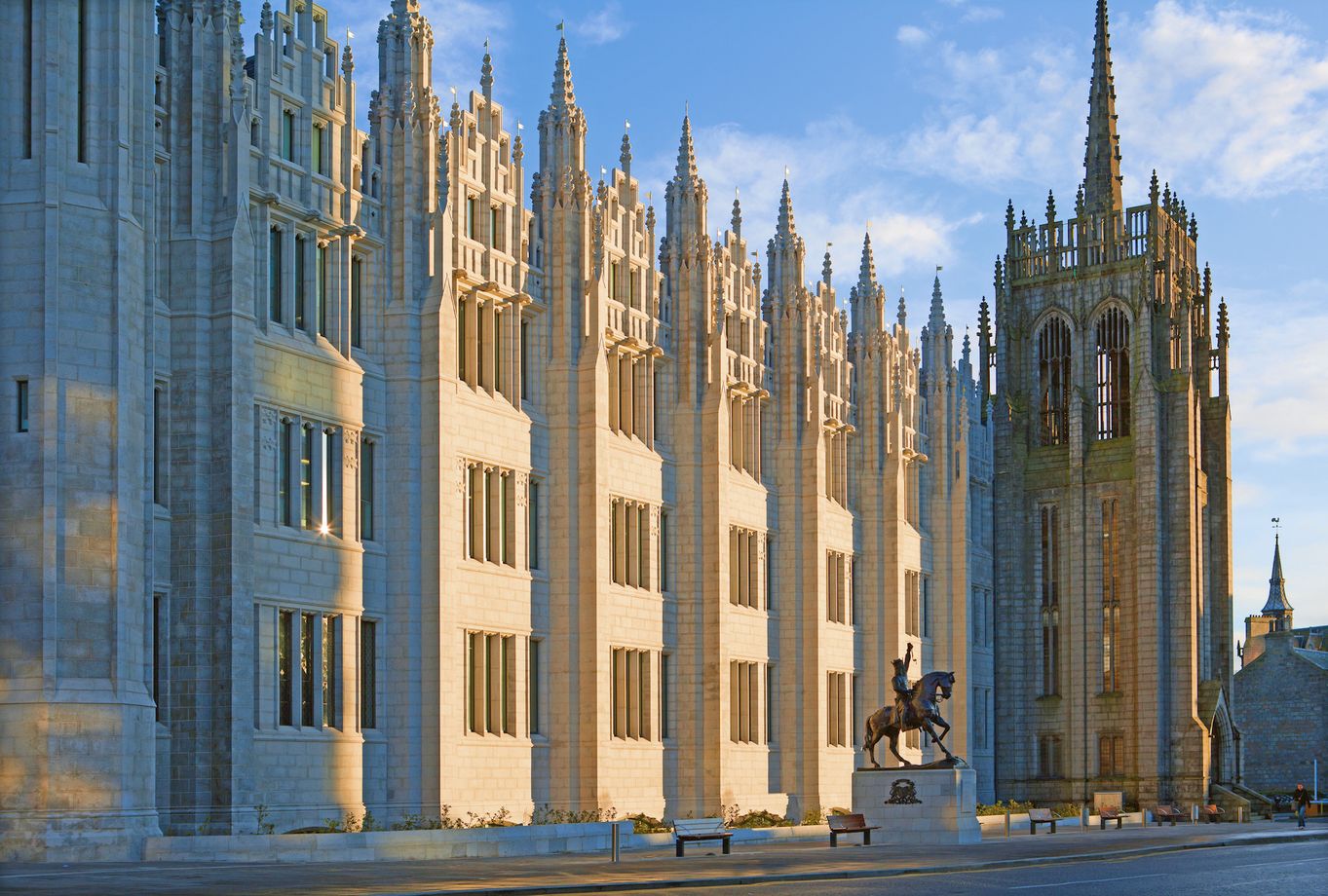 Aberdeen boasts a wide range of historic buildings, as well as great variety of museums, galleries, theatres and restaurants

Time out in the ‘Granite City’

Aberdeen, Scotland’s third largest city, is full of interesting things to do, whether you want to visit the local museums, walk in the beautiful municipal parks, or simply sit in a coffee shop or bar and watch the world go by.

Cultural highlights include the St Machar’s Cathedral, which boasts a stunning heraldic ceiling and is the burial place of William Wallace, while art lovers will enjoy a trip to the Aberdeen Art Gallery, which has recently benefitted from a £34 million restoration, and is home to one of the finest collections in the UK, including works by influential Scottish artists and designers, as well as nationally and internationally-acclaimed artists including Barbara Hepworth, Francis Bacon, William Hogarth and Tracey Emin.

Theatregoers could take in a show at the stunning His Majesty’s Theatre, while football fans should try and catch a game at Pittodrie, where Aberdeen FC, a fixture in Scotland’s top division since 1905, enjoy huge local support. 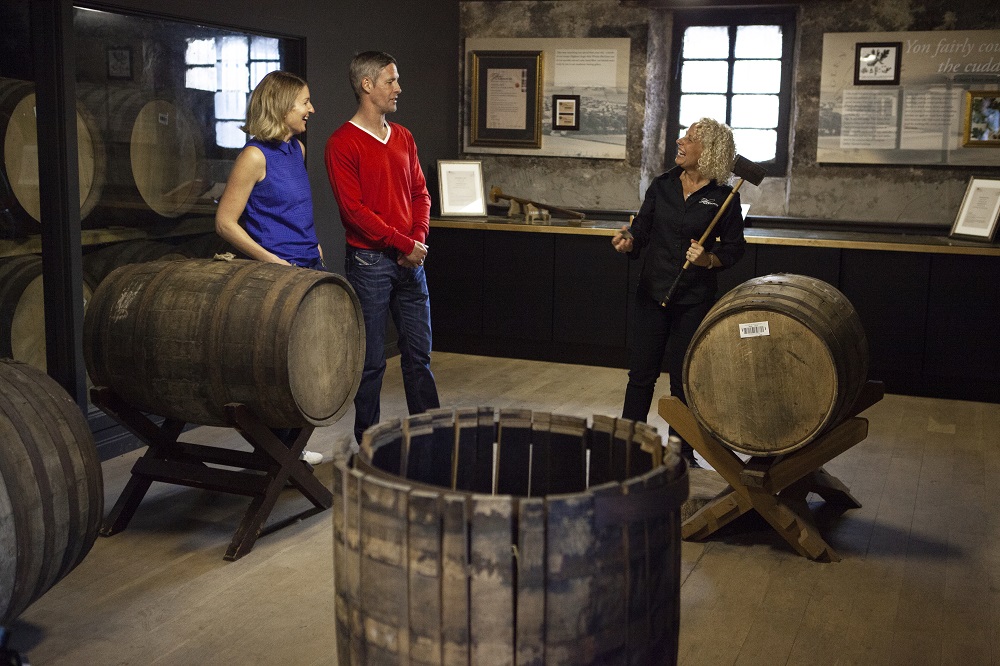 The region’s food and drink larder is world famous, from Aberdeen Angus to fresh seafood, Aberdeen and Aberdeenshire packs a punch. It’s the home of Brewdog, leaders of the craft beer revolution, where you can visit its flagship HQ in Ellon, and sample its classic beers.

And, of course, there’s whisky. The highland spirit is so intrinsically tied together with Scottish culture and history that it doesn’t really matter whether you love it or hate it — a visit to a distillery will enhance your understanding of Scotland. Aberdeenshire is well placed for a day trip to the legendary whisky-producing region of Speyside, but it also has its own delights to sample, known as ‘The Secret Malts of Aberdeenshire’. Bus tours run daily from Aberdeen, or you can put together your own itinerary.

Aberdeenshire is blessed with a wide range of accommodation options from upmarket city hotels to luxury boutique venues, grand castles, comfortable self-catering cottages and apartments, welcoming B&BS, and even glamping and camping for the more adventurous.

To discover the wide range of holiday itineraries in Aberdeenshire and for inspiration of what to see and do, where to stay and where to eat, log on to Visit Aberdeenshire’s website at www.visitabdn.com.