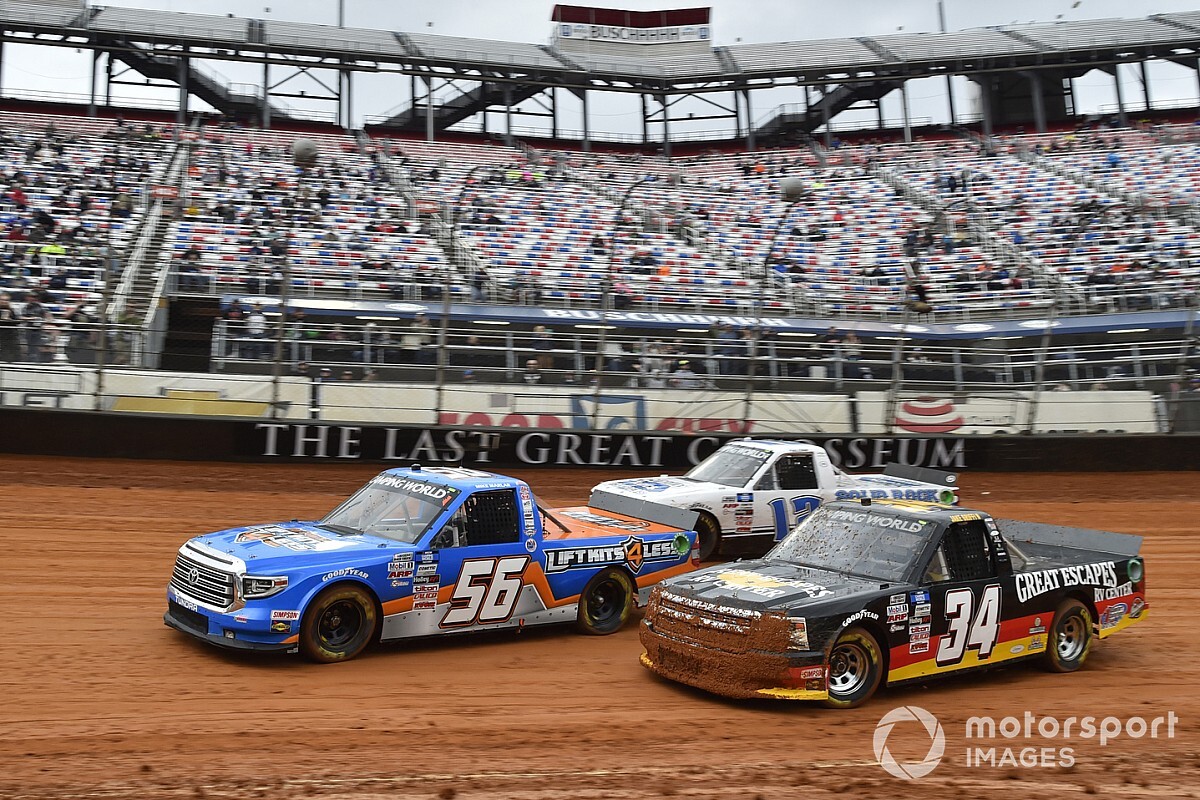 Heavy rains on Saturday night left the parking and campground areas around Bristol (Tenn.) Motor Speedway flooded and rain was expected to continue until late afternoon on Sunday.

Sunday’s Cup Series race – the first in the series on dirt in more than 50 years – has been postponed until 4 p.m. Monday and will be broadcast live on Fox Sports.

John Hunter Nemechek will lead the Truck field to green.

Kyle Larson would have started the Cup race from the pole but changed engines over the weekend and will have to start Sunday’s race from the rear of the field.

Last weekend’s race winner, Ryan Blaney, will now begin the Cup race in the No. 1 starting position when the race takes the green flag.