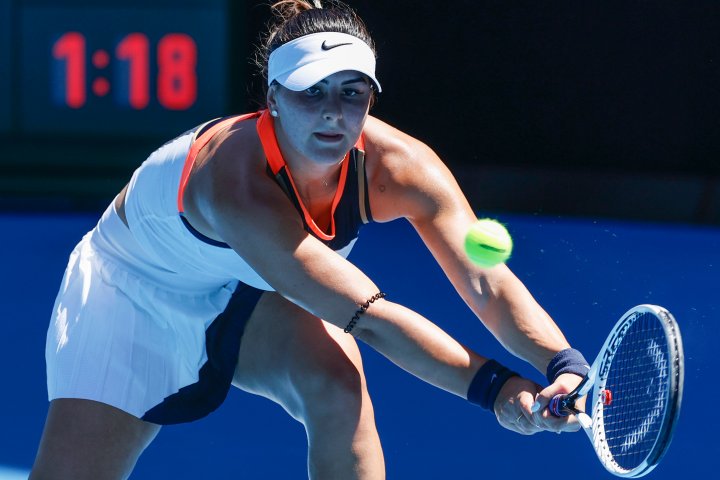 MELBOURNE, Australia — Canada’s Bianca Andreescu is heading to the semifinals of the Phillip Island Trophy.

She will face No. 13 seed Marie Bouzkova of the Czech Republic in the semis.

Andreescu is now 3-1 against Begu.

The 20-year-old Canadian entered the new WTA Tour 250 event for early losers at the ongoing Australian Open after being ousted in the second round of the Grand Slam last week.

Ranked ninth in the world, Andreescu got a bye in the first round of the Phillip Island Trophy before topping the 85th-ranked Madison Brengle in the second round and the 83rd-ranked Zarina Diyas in the round of 16.