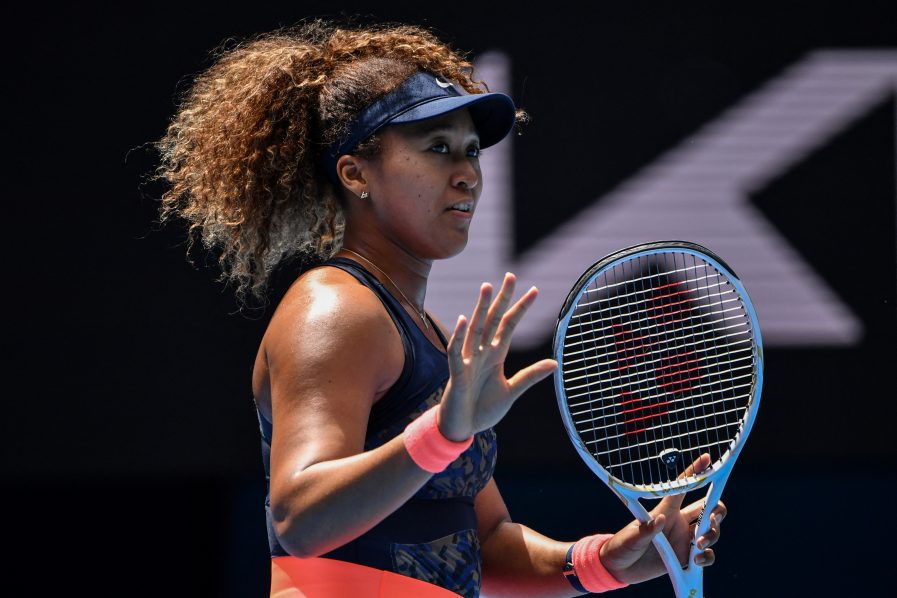 Japan’s Naomi Osaka reacts after a point against Taiwan’s Hsieh Su-wei during their women’s singles quarter-final match on day nine of the Australian Open tennis tournament in Melbourne on February 16, 2021. (Photo by Paul CROCK / AFP)

Novak Djokovic produced a surprising comeback to defeat Germany’s Alexander Zverev, the seventh seed, 6/7 (6), 6/2, 6/4, 7/6 (6) to roll into the semifinals of the Australian Open.

Djokovic did not exude an air of being totally fit for the match, as he attempted drop shots in the early games of the first set. He opened serving with an ace but double-faulted twice en route to concede the break. Zverev hammered two aces to win clinch the second game and also took the fourth game for 3-1. 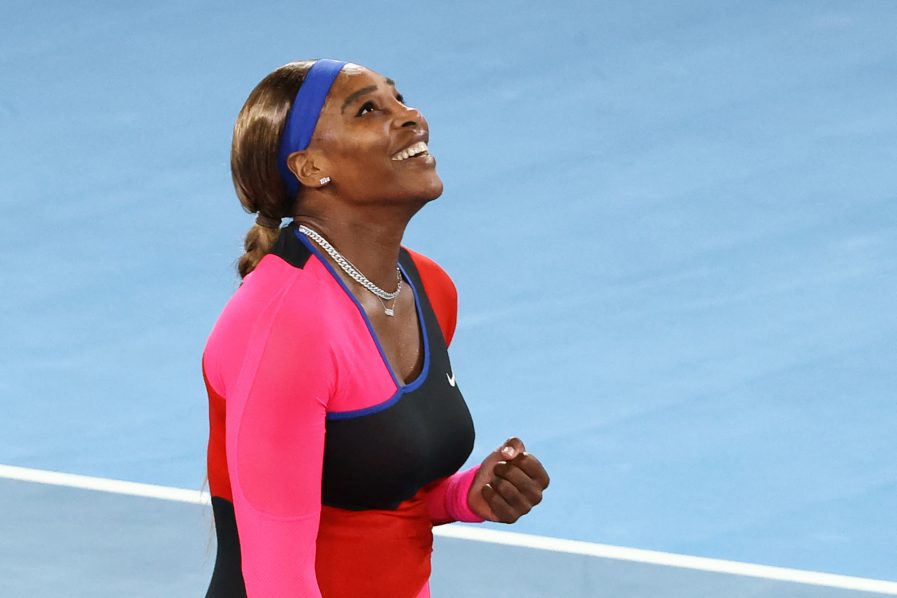 Serena Williams of the US celebrates beating Romania’s Simona Halep during their women’s singles quarter-final match on day nine of the Australian Open tennis tournament in Melbourne on February 16, 2021. (Photo by David Gray / AFP)

Djokovic survived a breakpoint to hold the fifth game but the lanky German powered on to 4-2. The two players held the next service games at love. Serving to save the set, Djokovic lost a first game point on a double fault. He cancelled a set point but double-faulted twice before holding the ninth game. Zverev lost the 10th game after a long rally to concede the break. Djokovic won his service at love, for the first time in the match. Zverev won the twelfth game and the ensuing tiebreak by eight points to six. The set lasted 59 minutes.

Djokovic took Zverev’s service games in the first and third games to lead 3-0 and held serve for 4-0 before Zverev registered a game after 19 minutes into the second set. The top seed hung on to the momentum and closed out the 29-minute set 6-2. After the two players returned from changing shirts in the Locker room, Zverev took the first two games. After taking the third game on his serve, Djokovic sat on the court surface next to the back fence. After Zverev survived a breakpoint to take the fifth game for a 4-1 lead, Djokovic smashed his racket against the court surface and received a coded warning. Zverev requested the court be cleared of pieces from the broken racket. Djokovic fell behind 0-30 but still held the sixth game while Zverev committed his second double fault of the match to lose the seventh game. The timing could not have been more damaging, as Djokovic leveled and the momentum shifted. The Serb broke Zverev in the ninth game and held to take the set 6-4 celebrating with a prolonged roar.

Zverev had a 3-0 lead in the fourth set but Djokovic pulled even. With games going with serve, Zverev was ahead 5-4 but lost a set point and Djokovic won the tenth game. The German star lost another set point in the twelfth game. Djokovic won the tiebreak by eight points to six.