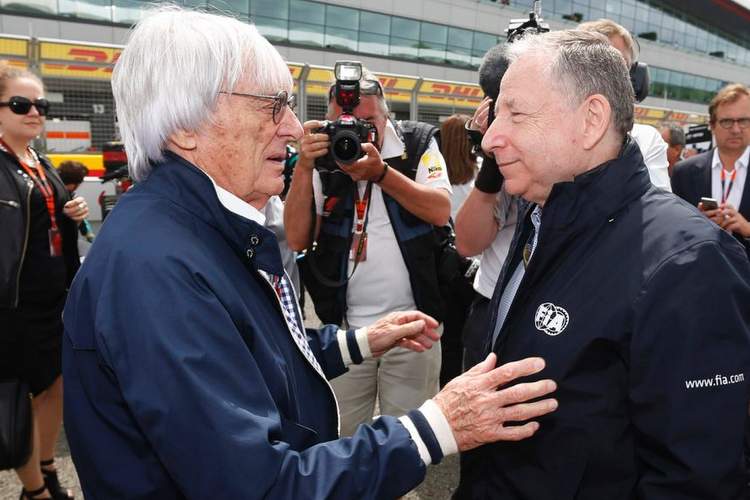 While grapples with the supposed problem of Grand Prix weekends being boring, former Formula 1 supremo Bernie Ecclestone has a suggestion to spice things up.

First, it’s worth remembering that while Bernie was in charge he changed very little in terms of race weekend formats or race gimmicks. There was plenty of talk over the years but the only big changes since the eighties were the points system and also the qualy format.

However, he did once suggest automated sprinklers to dampen certain sections of a track when things got dreary; and even a “shortcut-loop” on the track to reward drivers…

Thankfully for the sport at the highest level, these ‘ideas’ remained dormant.

With the subject again resurrected, this time under the new regime, the 90-year-old has chimed in with his views on tinkering with F1 race weekends and told Auto Motor und Sport: “It’s an old idea that was discussed in my day. The key is to get it right.”

“People only watch the main race when there’s something else going on than the sprint. Why should the race on Sunday be run differently from the one on Saturday when the result of the sprint is only to form the race grid.”

“You have to award points for the sprint race, and then reverse the grid for the main race accordingly. If the winner of the sprint race gets 15 points, he has to hold back 15 starting places on Sunday. This is the only way to keep the tension high.”

“That would bring people to the front rows on Sunday who would otherwise never make it there. Their sponsors would get a lot more attention. It would be better entertainment where everyone benefits,” added Ecclestone.

F1 chief Stefano Domenicali and his team have suggested that the starting grid should be determined by traditional style qualifying on Friday afternoon. Points would be awarded for a Sprint Race on Saturday offering a third of the points and determining the grid for Sunday’s Feature Race which would have maximum points.

In other words, much like the Formula 2 race weekend format has been without the reverse grid for top ten.

Some argue that the weekend formats should remain as they are, however, it needs to be mentioned that three hours of free practice on Fridays harks from when cars were far less reliable and needed the track time to test and setup cars. Hence the three hours.

Today, computers have reduced a large chunk of what teams had to test manually in those days, cars are insanely reliable which has made Friday running almost irrelevant with today’s almost bullet-proof cars – the real source of the Grand Prix weekend ‘boredom’ issues.