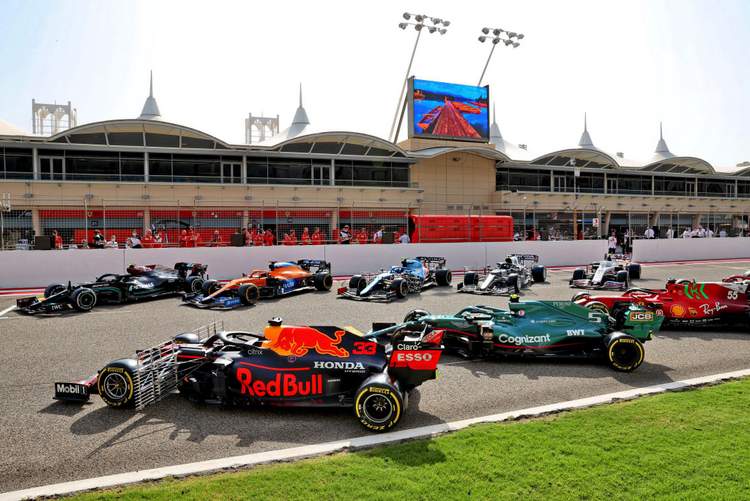 Despite being somewhat undramatic, the shortened pre-season testing session in Bahrain posed some interesting questions ahead of the 2021 Formula 1 season.

Well it’s a wrap. Pre-season testing for 2021 was over before the teams, drivers, press and fans could even get back into the groove. As if having their testing time halved for this year wasn’t enough, the teams had to adjust to a new testing venue in the form of Bahrain International Circuit, where high temperatures, strong winds, and sandstorms (all of which are standard conditions in Bahrain) compounded some of the pre-existing inconveniences.

But the sport and its teams, who didn’t allow a pandemic to stop them, put their heads down and went about their business. For the first time, we could sample the 2021 machines on track and get a hint of how the season might progress.

So here are five takeaway points from this year’s testing:

I wouldn’t worry so much about Mercedes 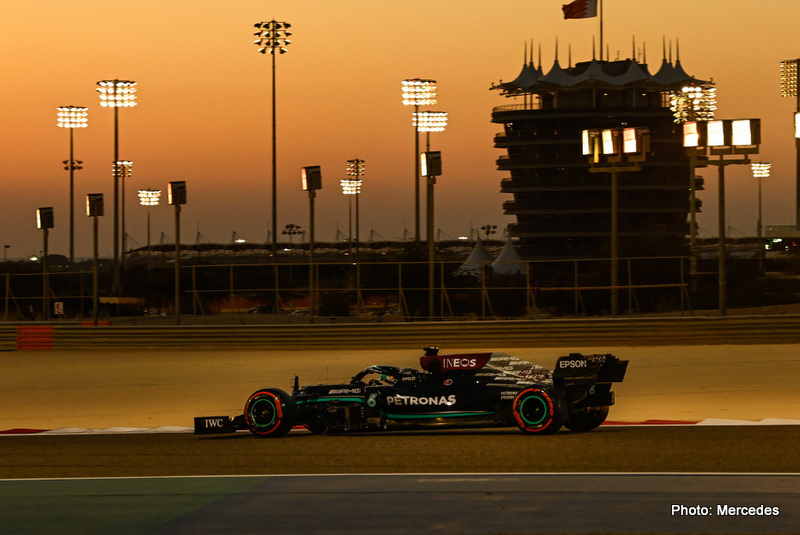 Mercedes were in the headlines on day one of testing for the wrong reasons. Reliability issues with their new gearbox hit them hard and curtailed their track time with Valtteri Bottas limited to six laps in the morning session.

Once they actually got running, the sequence of events drew a grim picture. The car was off the pace with a “quite snappy and unforgiving” rear end as Bottas put it. Both drivers were struggling to keep it on the track, with Lewis Hamilton spinning a couple of times over the course of the test.

All this will make Mercedes and their fans quite worried. But let’s try to put things into perspective.

After trouncing everyone since the beginning of the turbo-hybrid era, it is understandable that Mercedes have had to push the limits on their car’s development every year to maintain their edge. This will understandably cause reliability issues, but a team like Mercedes is more than capable of getting to the bottom of them; sorting them out before the season starts or at least within a few races.

As for the car’s performance, it may be down to the car’s low rake concept which might not be ideal with the new aero regulations, or simply because Mercedes’ testing programme was probably compromised and couldn’t add any performance to the car. They could also be “sandbagging”, as Bottas sarcastically said.

Barring the “sandbagging” factor, Mercedes are more than able to turn things around before the first race. Although many blamed them for not doing a shakedown before testing, this might turn into a blessing with the team doing some track assessment before crunching the numbers back at HQ.

Once thing is for sure, no one should bet against Mercedes being on it come race one. Toto Wolff has already rallied the troops and the midnight oil will be burning in Brackley from now until the opening race.

Aston Martin’s “Technical” honeymoon is over? 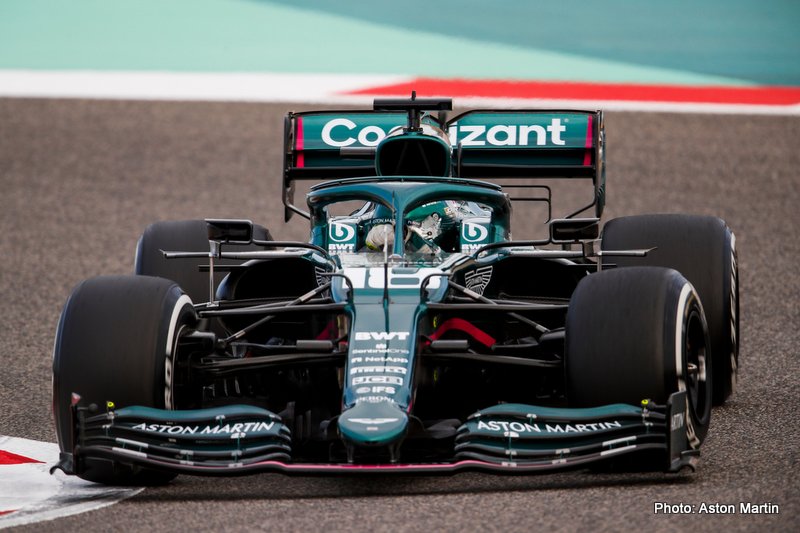 Although I wouldn’t be worried about Mercedes, I would worry about Aston Martin. After ditching their high rake concept last year and “copying” the W10 everyone thought it was a stroke of genius. That paid dividends last year and with the team now having had one season’s worth of data to understand the new concept, in addition to access to the novel rear end Mercedes introduced last year, hopes were high.

But being technically tied with Mercedes will definitely hurt this year. They had the same gear box issues during testing, in addition to other reliability problems of their own (but nevertheless related to the Mercedes power-unit).

New driver Sebastian Vettel, on whom they are pinning plenty in terms of their development hopes, had very little time in the car. This will not have been enough for him to get acclimatised with his new ride let alone give proper feedback that will help development.

It remains to be seen if the low rake concept doesn’t bode well with the new aero regulations. But if that turns out to be the case, Aston Martin will be facing an uphill task to sort out their car soon enough to save their season.

Whereas Mercedes can recover from such an issue quickly, Aston Martin will struggle to do so. They are no Mercedes and still in the beginning of their building phase. Time will tell.

Red Bull seem to have hit the jackpot 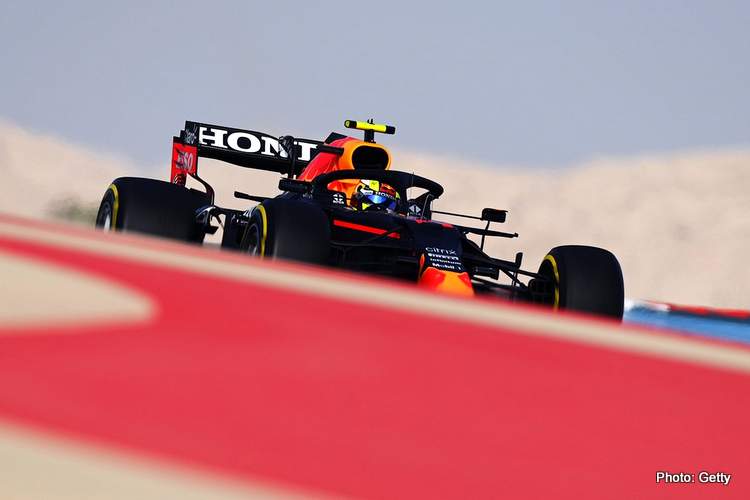 Red Bull are usually known to be a bit slow out of the blocks. This year they seem to have reversed that trend. This may be due to the fact that their 2021 challenger was very similar to the RB16, that they didn’t even name it the RB17.

The RB16B car seemed to inherit its predecessor’s good traits (that amazing front end), with the positive impression that they have sorted out the rear end instability they suffered from last year. Honda, as well, seem to have delivered a powerful and reliable power-unit as their last hurrah in F1.

Overall the team had a positive and reliable test, and the mood within the team seems upbeat despite team principle Christian Horner keeping expectations in check by downplaying the suggestions of Mercedes’ lack of pace.

While it is tough to call them favourites, I am certain Red Bull will give Mercedes more of a run for their money in 2021. 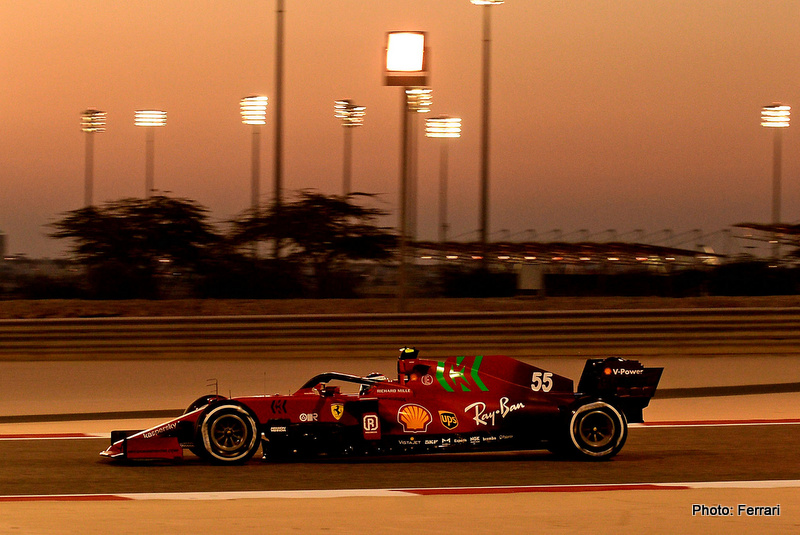 Ferrari came to the pre-season testing making a lot of noise about their new power unit and the gains they’ve made with it. They also say that they have addressed the aero shortcomings of last year’s car.

Honestly, anything compared to last year’s woeful SF1000 is considered as progress. But to what extent did they resolve their problems remains to be seen.

The Scuderia’s new driver Carlos Sainz didn’t seem comfortable in the SF21 yet, and Leclerc didn’t  really convince that last year’s struggles are behind them.

I feel that they have progressed a bit through the midfield and we can expect some feisty performances from Leclerc as Sainz looks to find his feet within the team. But overall I wouldn’t be so sure that Ferrari will be a regular podium visitor this year. 2022’s reset can’t come soon enough for the men in red.

McLaren seem to have a handy car at their disposal with that distinctive diffuser design catching a lot of attention. They have made a seamless shift with the Mercedes power unit and look to gain from that. They have been on an upward curve and the bet is they will continue this trend this year and maybe bother the podium candidates a bit more often. Having Daniel Riccardo will only help their cause.

AlphaTauri also caught the eye during the tests and seem to have built on last years strengths. Pierre Gasly should be in a better position to produce some strong races this year as well, and Yuki Tsunoda appears to be an exciting talent to monitor. 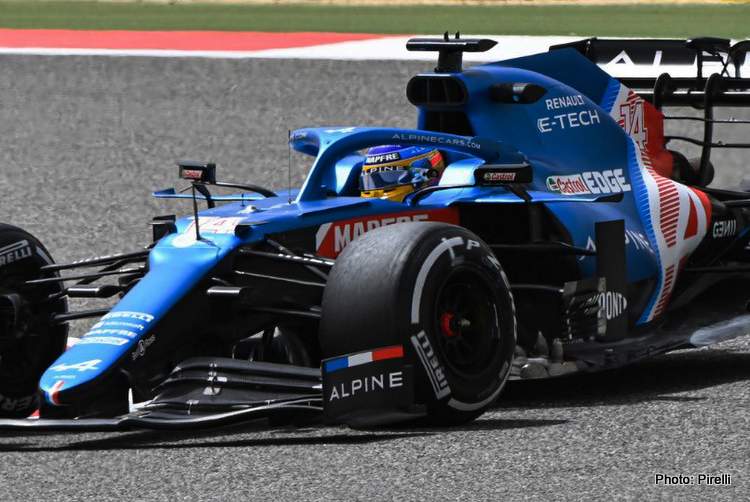 One of the most anticipated events of this year’s season was the return of two-time F1 world champion Fernando Alonso with Alpine. At the age of 39, many were rightly sceptical of his level and speed.

Alonso always adopted the “Samurai” mentality which was evident during his Ferrari days. A Samurai is a way of life and it seems for the Spaniard, driving is his way of life. He spent is hiatus driving anything with four wheels that he could get his hands on, and that has obviously kept him sharp and fit.

He looked at home in an F1 car during testing, and with Alpine being a bit of an unknown with its bulbous engine cover, we can all look forward to some classic Alonso performances this year.

An interesting season lies ahead.