OWINGS MILLS, Md. — When asked in January how the Baltimore Ravens would attract a free-agent wide receiver, general manager Eric DeCosta made reference to one of his favorite movies.

“I’ll just call on a line from The Godfather, ‘I’ll make him an offer he can’t refuse,’” he said.

Nearly two weeks into free agency, the Ravens’ difficult hunt for an experienced target for Lamar Jackson has led to one of two conclusions:

— The Ravens don’t have the salary cap room for DeCosta to do his best Marlon Brando impersonation and overwhelm receivers with deals that lure them to Baltimore.

The Ravens have made just two reported offers to free-agent wide receivers this offseason — JuJu Smith-Schuster and T.Y. Hilton — and struck out both times even though you can make the argument Baltimore had put the best deals on the table.

On Wednesday, Baltimore made a strong push for Hilton, offering him a multi-year deal with more guaranteed money than the Indianapolis Colts, according to a source. But Hilton decided to remain with the Colts on a one-year, $10 million contract.

It’s possible that the Ravens’ offers weren’t rich enough to get Smith-Schuster and Hilton to leave the comforts of the teams that drafted them. It’s also possible that neither Smith-Schuster nor Hilton want to play in an offense that threw the ball just 406 times, the fewest in the NFL in eight years.

The failed pursuit of wide receivers has caused plenty of frustration among Ravens’ fans and even inspired a meme on Twitter that drew a Jackson comment.

Why are free-agent WRs saying no to Ravens?

The Ravens are in a tough situation because they want to help Jackson develop as a passer but they also don’t want to tinker too much with a winning formula.

Since Jackson took over as Baltimore’s starting quarterback midway through the 2011 season, the Ravens have won more games (31) and scored more points (30.1) than any team in the league. Baltimore has accomplished this on the strength of an offense that has produced two of the best rushing seasons in NFL history.

But the Ravens understand they need to become more balanced after failing to score more than 20 points in all three of Jackson’s postseason losses. After the season, Baltimore wide receiver Marquise “Hollywood” Brown expressed his displeasure over the Ravens ranking No. 1 in rushing and No. 32 in passing. 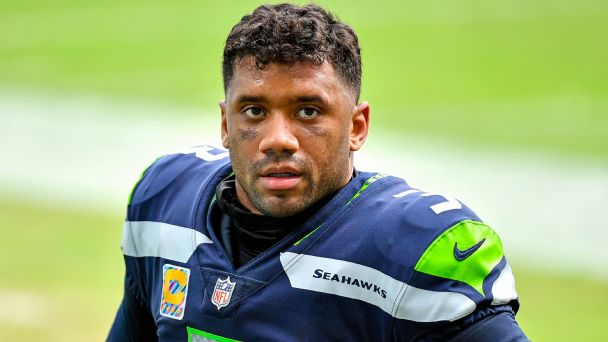 Baltimore’s remaining options include signing Sammy Watkins, who visited the Ravens on Tuesday, or explore a trade. Baltimore can also add a wide receiver in the draft, but the team’s track record doesn’t inspire much confidence. Only one of the 30 wide receivers drafted by the Ravens has produced a 1,000-yard season (Torrey Smith in 2013).

The Ravens have repeatedly patched up their wide receiver group over the years by signing a 30-something wide receiver, from Derrick Mason to Anquan Boldin to Steve Smith Sr. But Baltimore hasn’t added a significant free-agent wide receiver in the two offseasons with Jackson as its starter.

Until the Ravens land a big-name target for Jackson, the question of whether wide receivers want to play in Baltimore will loom over the franchise.