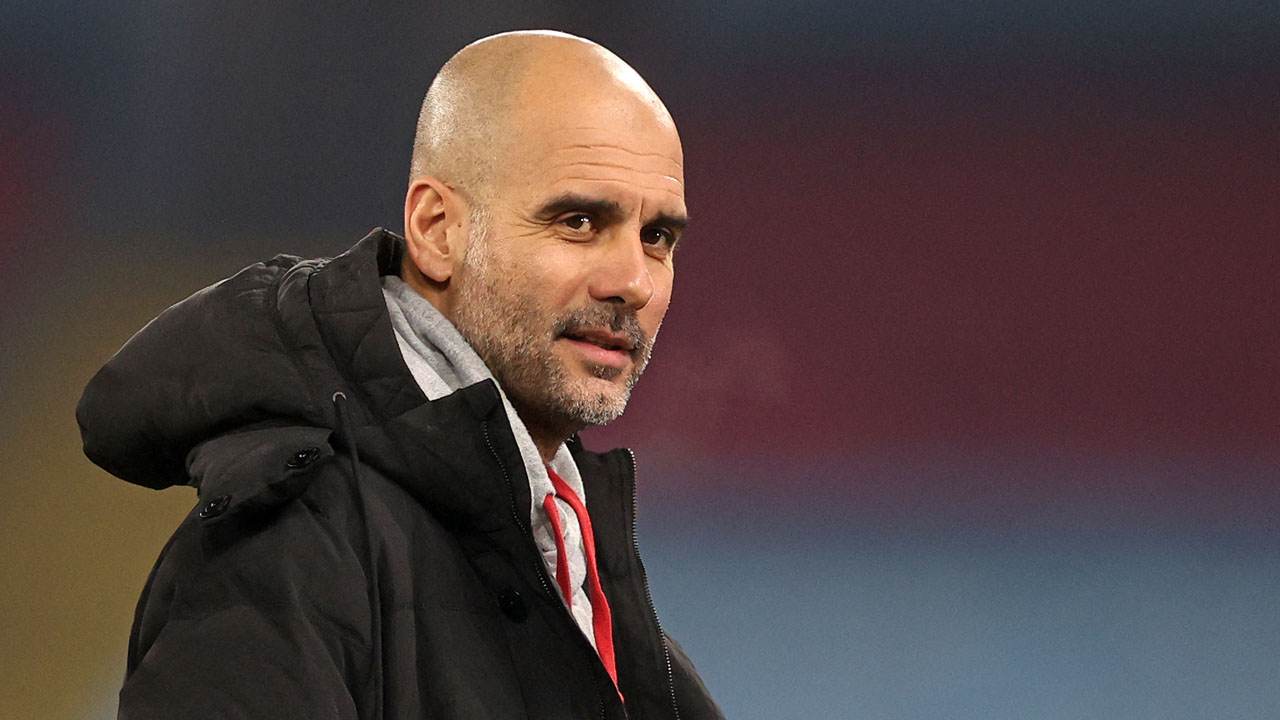 Premier League leaders City are now a huge 14 points clear of second-placed Manchester United ahead of this weekend’s derby match, with a 4-1 win over Wolves on Tuesday their 21st successive victory in all competitions.

City have not lost since a 2-0 league defeat by Tottenham Hotspur in November.

But City manager Guardiola said it was the way his side played in a 1-1 draw at home to West Brom in December, with the Baggies trying to avoid relegation, that led his side to go back to basics.

“At that moment we realised we were not brilliant, everything was heavy in terms of it was not natural,” Guardiola told BT Sport television’s Rio Meets,’ a programme hosted by former Manchester United and England defender Rio Ferdinand.

“We adjusted something, to put more players in front of the box, but especially it was the day after the West Brom game, when we drew 1-1 at home.”

‘Shakespeare, Beatles dream’
The former Barcelona and Bayern Munich boss added: “We could have won, but after I went to my friends and staff and said: ‘I don’t like the team, the way we play. It doesn’t matter about the result, I don’t recognise my team, the way they should play’.

“We just came back to the principles — A,B,C, that is all. So wingers high and wide, a lot of players in the middle, come back without the ball — run like animals – and with the ball be more calm, (make) more passes (that) help, think about more what we have to do.

Guardiola, who arrived at the Etihad in 2016, has signed a contract extension that will keep him at City until at least 2023.

The Spaniard added: “I have always had the feeling, the dream to come here (to England) – to train in the (William) Shakespeare country, in the Beatles’ country, in Oasis country, the theatres, the movies.

“This country is special for many, many, many reasons and I wanted to live this,” explained Guardiola, who said that while he had everything needed to do his job, he “hated” the time from November to January in England because of the weather.

City, however, have still to win a European trophy under Guardiola, for all they are bankrolled by the wealth of Abu Dhabi’s Sheikh Mansour.

Guardiola admitted “I will have this pressure for the rest of my time here in England” so long as City failed to triumph in Europe.