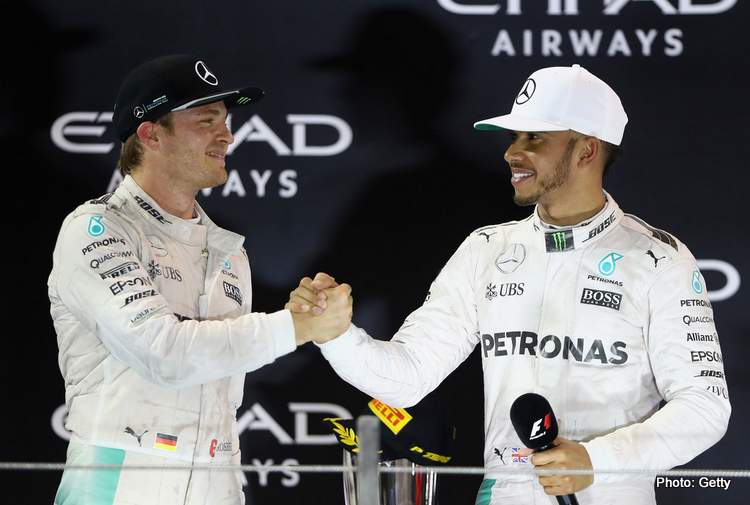 Nico Rosberg believes that the success Lewis Hamilton has enjoyed in Formula 1 further validates the German’s achievement of beating him to the world title in the same car.

Having been friends since childhood, Rosberg and Hamilton became teammates at Mercedes in 2013 and developed a fierce rivalry between 2014 and 2016 with the Silver Arrows a dominant force in the sport.

Hamilton beat Rosberg to the world title in 2014 and 2015, but the German hit back in 2016 to claim the championship, before retiring from the sport altogether.

Since the German’s retirement, Hamilton has won a further four titles and is now level with record-holder Michael Schumacher on seven.

Asked whether he regrets his sudden decision to depart from the sport, Rosberg, now 35, said that he still feels it was the right moment to step away.

“I know for my fans that it was a shame,” he told Augsburger Allgemeine. “You have been looking forward to a few more years.

“It was the right moment for me. I had achieved my dream and felt that change is good.”

He added: “I knew how good Hamilton was. For the outside world, it is now a confirmation that he is the best of all time, even by titles. That I beat him in the same car gives me extra confirmation of my success.

While Rosberg has developed a number of interests outside of motorsport, he remains a keen observer and often appears on TV as a pundit.

Asked whether Hamilton was the favourite to pick up a record-breaking eighth championship in 2021, he said: “Yes, he has incredible talent and the best car. The only one who can get a little closer is Max Verstappen. Maybe his new team-mate Sergio Perez too, if the Red Bull car is going well. Otherwise his Mercedes colleague Valtteri Bottas. But with him, the chances dwindle with every year he doesn’t make it.”

There will also be plenty of focus on fellow German Sebastian Vettel this season after he switched Ferrari for Aston Martin, a move that Rosberg supports.

“Sebastian needed a change,” he said. “He was in a negative spiral at Ferrari, which was no longer a nice experience in the end.

“I am pleased that he has now found a new opportunity. At Aston Martin, he will be the hero again and will be celebrated. With a success, he can be the same again. He’s still one of the best of all time.”