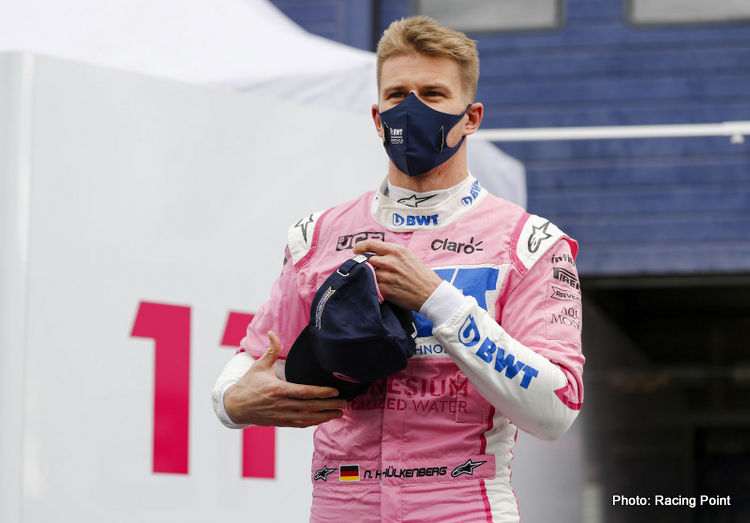 Nico Hulkenberg has confirmed that he will act as a reserve driver for both Mercedes and Aston Martin during the 2021 Formula 1 season.

The German stepped in as a replacement for both Sergio Perez and Lance Stroll at Racing Point last season, sealing two points finishes in three races.

Speaking on Red Bull-owned TV channel Servus, the 33-year-old said: “I will work as a reserve driver for Aston Martin and also for Mercedes in selected races.”

While Mercedes have named their Formula E drivers, Stoffel Vandoorne and Nyck de Vries, as reserves, Hulkenberg is expected to stand in when the F1 and Formula E calendars clash.