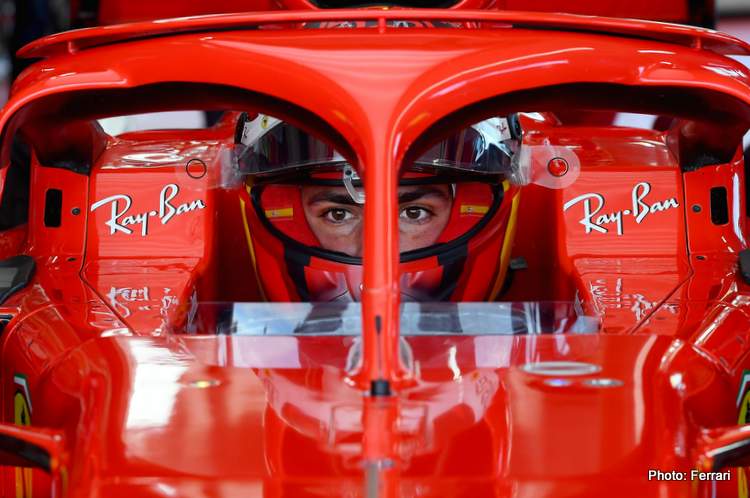 Carlos Sainz says he will not fall for Mercedes’ struggles during Formula 1 pre-season testing and expects them to bounce back imminently.

Making the jump from McLaren to Ferrari, Sainz believes that the Scuderia are in a better position than they were at this point last season.

However, Ferrari don’t seem to have jumped back to the position they were in in the 2017, ’18 and ’19 seasons. Sainz remains cautious around the improvements seen from rival teams including former home McLaren and championship contenders Red Bull.

“The Red Bull looks good, the McLaren I am sure it will be there, because the car, simply with a smaller engine already allows you to improve the aerodynamics of the car and you have more power, so it’s a win-win. So McLaren is going to step forward for sure. Alpine doesn’t look bad either.”

The Spaniard was also pressed on the performance exhibited by Mercedes, who have looked to have their worst pre-season run on record.

“I don’t believe anything about the Mercedes. It is still too early,” said Sainz.

“What I can assure you is that we have more power than last year. We can measure it and see it. That is good news. What happens is that I am quite sure that the others have also gained power, both Honda and Mercedes for example, and we have seen that the McLaren has an incredible top speed.

“Once we settle these variables a little more, we will be able to understand a little more where we are in terms of top speed [but] I don’t think we’re going to be the fastest in the straight, I’m not going to lie to you.”