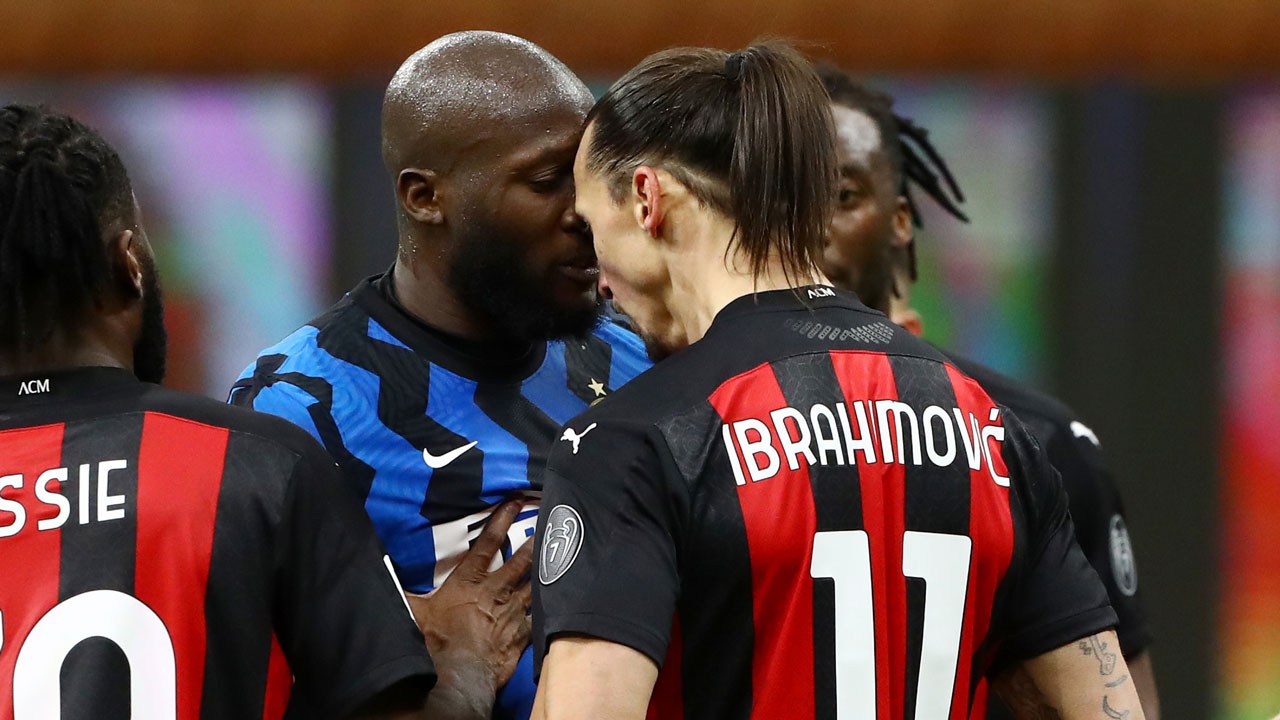 AC Milan and city rivals Inter renew their duel for top spot in Serie A on Sunday in a third clash this season between star strikers Zlatan Ibrahimovic and Romelu Lukaku as champions Juventus play catch-up.

Antonio Conte’s Inter went top after Lukaku scored twice in a 3-1 win over Lazio, one point ahead of Milan who dropped to second after losing to Spezia last weekend.

Juventus will be looking for a boost against rock bottom Crotone after following their Napoli defeat with a Champions League last 16, first leg loss at Porto.

Inter have the advantage of being fresher having been eliminated early from European action.

AC Milan return to Italy after conceding a late goal in a 2-2 draw at Red Star Belgrade in the Europa league, a game in which midfielder Ismael Bennacer was injured.

“Against Spezia it was not the real AC Milan. The important thing is to turn the page,” said Milan coach Stefano Pioli.

It will be the third derby this season with Milan winning the first 2-1 in the league.

Inter won a fiery Italian Cup quarter-final by the same scoreline, a game overshadowed by Ibrahimovic and Lukaku squaring off and trading insults, with the Swede later sent off.

Inter have won five of their last six meetings.

But AC Milan can win both league games against Inter for the first time since 2010-11, when they went on to lift their most recent Serie A title.

Roma, seven points adrift of Inter in third place, can benefit from the Milan duel to close the gap, with the capital side travelling to 15th-placed Benevento, after a 2-0 Europa League win at Sporting Braga.

Juventus, in fourth, one point behind Roma, should take all three points against Crotone on Monday, despite being held by the side from Calabria in their last two meetings.

However, the Turin giants have an injury crisis with Leonardo Bonucci, Giorgio Chiellini, Arthur, Juan Cuadrado, Paulo Dybala and Alvaro Morata all uncertain.

Champions League rivals Atalanta and Napoli go head-to-head on Sunday before the Bergamo side host Real Madrid in this year’s elite European tournament.

Gennaro Gattuso’s Napoli lost their Europa League tie at Granada and also have a long injury list with Dries Mertens, Kostas Manolas, Hirving Lozano and Elseid Hysaj, while Kalidou Koulibaly and Faouzi Ghoulam have to receive the all-clear from coronavirus.

Lazio, seventh equal on points with Napoli and Atalanta, host Sampdoria, who they lost to 3-0 earlier this season.

But the Romans are the form side in 2021 with 19 points from eight games, more than any other team in Serie A.

On Friday, relegation rivals Cagliari and Torino clash with the Sardinians chasing a first win since November 7.
One to watch: Adam Ounas

Crotone will be looking to new Algerian recruit Adam Ounas to score against Juventus. The 24-year-old got off the mark in his first game against Sassuolo last weekend after the Napoli loanee spent the first half of the season at Cagliari. Crotone have scored just 23 goals in 22 games this campaign, with 52 goals conceded.