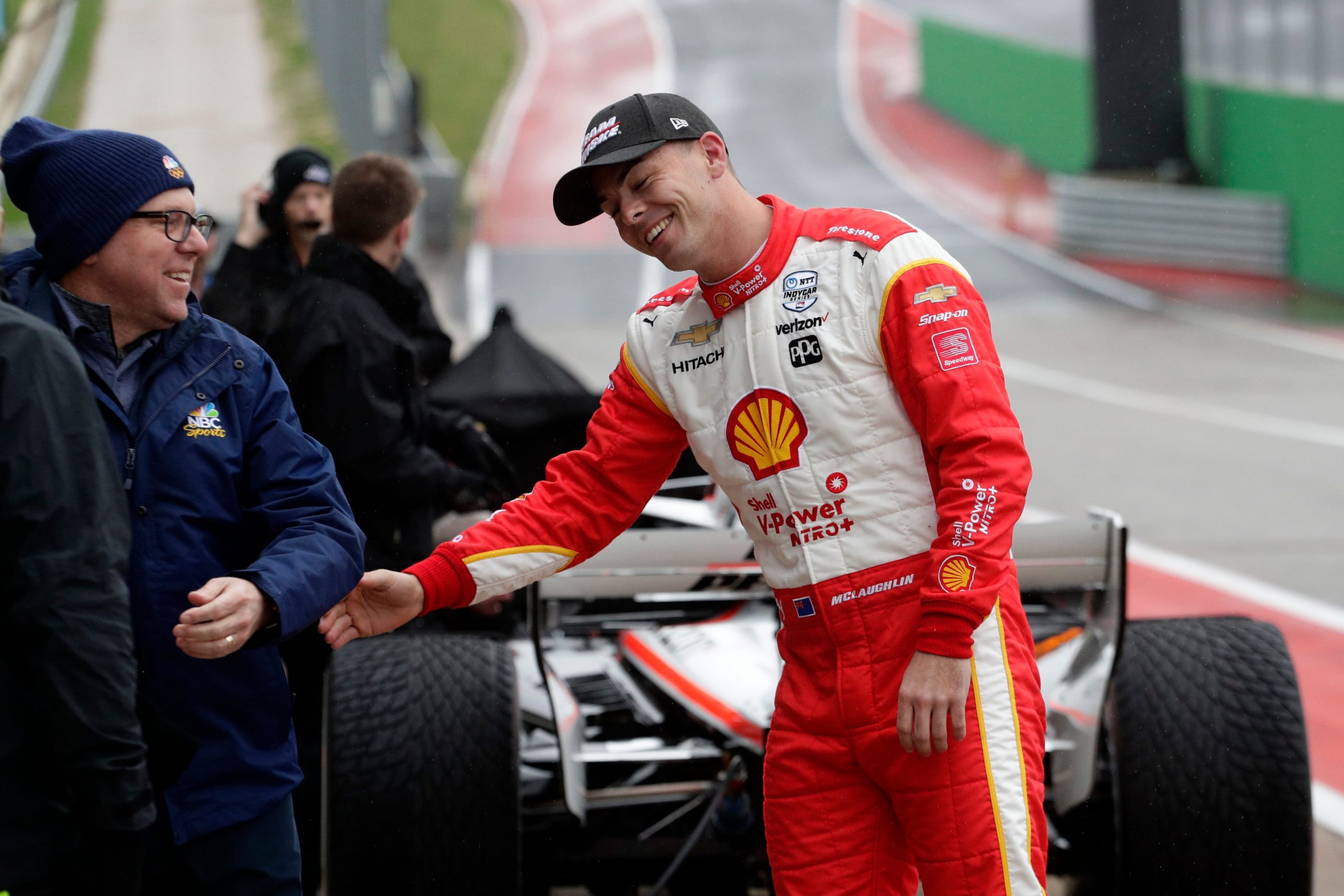 Supercars champion Scott McLaughlin is in IndyCar for a new challenge in 2021, saying that he’s his own harshest critic when it comes to his transition Stateside.

McLaughlin, a three-time Supercar champion, took part in a successful private test at Barber Motorsports Park alongside 11 other IndyCar drivers, finishing under two-tenths of a second of fastest Penske teammate, Will Power. McLaughlin placed seventh overall, and third out of the four Team Penske cars.

Scott only has one IndyCar start to his name which came in the 2020 finale at St. Petersburg. The New Zealander said he is not yet aware of making a great impression in America.

In an interview with Autosport, he said: “I’m oblivious to that stuff because I’m my own harshest critic. I’ve got three guys alongside me who I want to beat, and if I’m not beating them, regardless of my lack of experience, I’m not really satisfied. It’s just in my competitive nature.

“Today I was satisfied to a certain extent, but Will was a tenth or so down the road, and a couple of boys in other Chevys were also ahead.

“I think I’ve definitely made gains and I’m enjoying that, really pushing myself, but I know I’ve got to do better.”

McLaughlin had already visited Barber Motorsports Park before in a November test ahead of his first race in IndyCar. On returning to the circuit, he said:

“It makes a difference going to a track that you know and it’s not going to be like that for me at many places this year, so I’ve got to take it when I can.

“So coming here and knowing what to expect from the car around here was good.

“We’ve put a lot of effort in behind the scenes, myself and my engineer Jonathan [Diuguid], to figure out what I want from the car and what everyone else wants from the car.

“So this was a really good day, quantifying a lot of things. It was a test day but we treated it as one big practice session for the race weekend.

“I’ve got three of the best team-mates I could have, I’m really enjoying the fact that they’re pushing me so hard.

“And the team is pushing me hard, too. I’m building a really good relationship with Jonathan; he’s a great guy but also someone I really enjoy working with.

“Having all these people around me, the situation I’m in, puts a lot of positivity in your life, in your brain, and I’m having a ball.

“Learning a totally different kettle of fish is really enjoyable and challenging.”