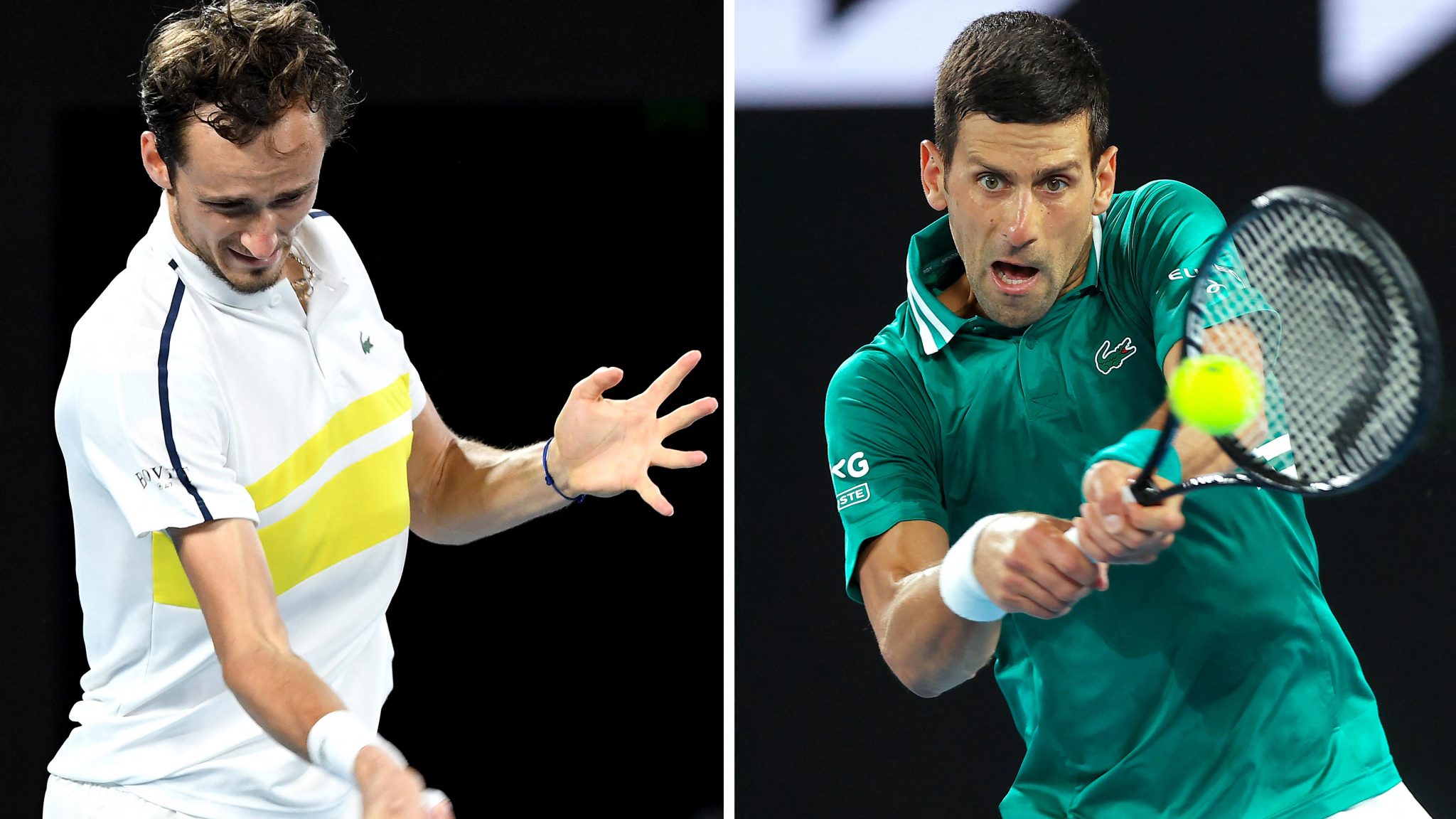 Novak Djokovic says going unbeaten in eight Australian Open finals will give him confidence in Sunday’s decider, but he’ll need more than that to overcome “the man to beat” — red-hot Russian Daniil Medvedev.

The Serbian world number one is into his ninth decider at Melbourne Park as he targets an 18th Slam title to close the gap on Roger Federer and Rafael Nadal, who have 20 each.

It has been a rollercoaster ride to get there, with Djokovic uncharacteristically dropping five sets as he battled an abdominal injury that nearly forced him to pull out.

But after his semi-final, Djokovic said he was feeling better than at any time during the past fortnight as he prepares to defend his crown against a man on a 20-match unbeaten streak.

The Serb heads into the showpiece on Sunday evening with the phenomenal record of never losing a final on Melbourne’s famous blue courts in eight attempts spanning 13 years.

Djokovic will also be playing his 28th Grand Slam final, in contrast to the Russian’s second.

But the 33-year-old, who swept past qualifier Aslan Karatsev in the semi-finals, said while experience was clearly an advantage, Medvedev was also in electric form.

“Of course it contributes to more confidence, prior to coming into the finals knowing that I never lost in the finals or semi-finals just makes me feel more comfortable being on the court,” he said.

“But each year is different, although it does have a mental effect on me. Maybe on my opponents, I don’t know, but on me it does definitely have a positive effect.

“But it’s not a decisive factor in the way the match is going to go forward, because each year is different.”

Medvedev is unbeaten since last November, including a straight-sets drubbing of the Serb at the ATP Finals in London, with Djokovic deeming him “the man to beat”.

“He’s just so solid. Also, I heard (commentator) Jim Courier calling him a master chess player because of the way he tactically positions himself on the court, and it’s true,” he said.

Medvedev, who has dropped just two sets so far, insisted that despite having all the momentum he was still the underdog.

“He’s the favourite because he didn’t lose. On eight occasions that he was here in the semis he won the tournament,” said the 25-year-old.

“Me, I’m… the challenger, the guy that challenges the guy who was eight times in the final and won eight times. And I’m happy about it.

Despite playing down his chances, Medvedev, who also reached the 2019 US Open final, losing to Nadal, has the weapons to trouble Djokovic, with a big serve, unrelenting returns and exceptional movement as he targets a maiden Grand Slam title.

Twelve of his 20 straight wins have been against top-10 players and he has won three of his last four against the 17-time Grand Slam-winning Serb.