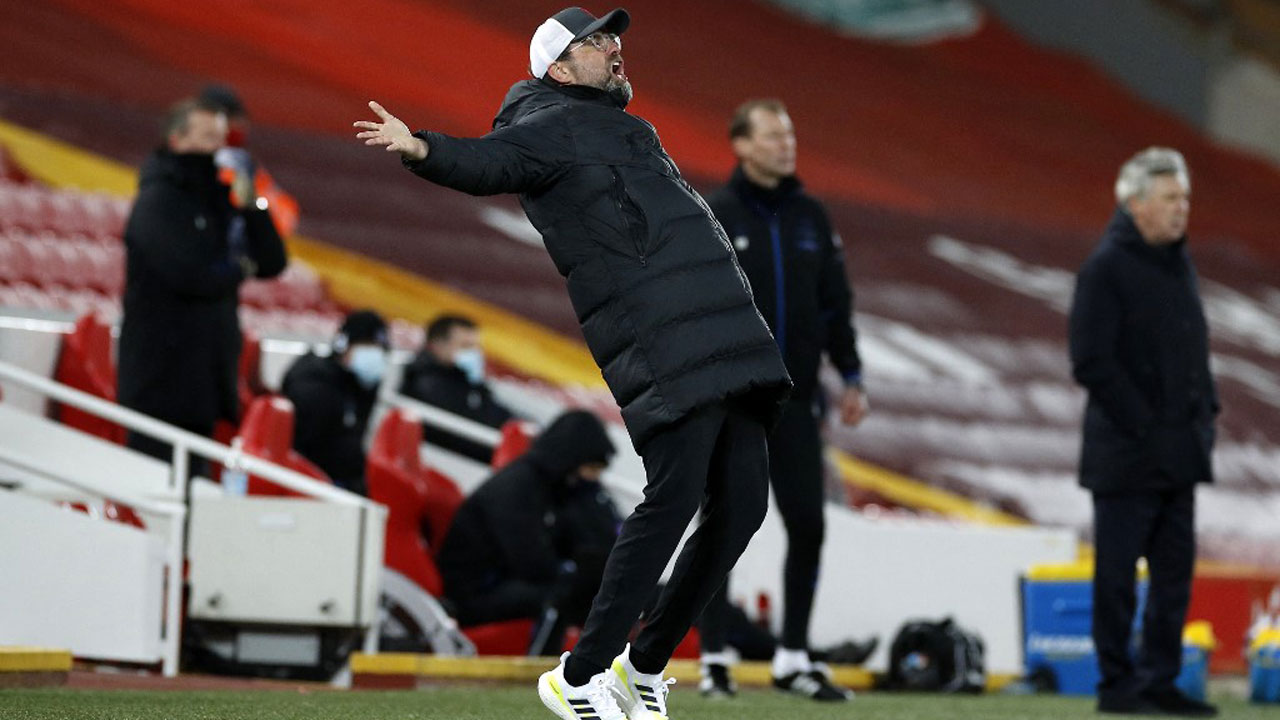 Jurgen Klopp slammed Liverpool’s sloppy defending after Everton won at Anfield for the first time since 1999 with a 2-0 victory in Saturday’s Merseyside derby.

Klopp’s side were punished for mistakes at the back by Ozan Kabak and Trent Alexander-Arnold.

Kabak was caught out by Richarlison for Everton’s third minute opener and Alexander-Arnold conceded the 83rd minute penalty converted by Gylfi Sigurdsson.

Liverpool have lost four successive leagues games at Anfield for the first time since 1923 and Reds boss Klopp had no excuses for the troubled champions’ latest flop.

“It is (tough to take) but we conceded this early goal which was completely unnecessary and have to defend it better,” he said.

Klopp was also frustrated by Liverpool’s failure to take the chances that came their way in a typically frantic derby.

“We had to chase the game and did it well creative wise, we created some in the first half and even more in the second half but we did not finish our situations off,” he said.

“We made one mistake in the first half and they used it, I don’t like to talk today about the good stuff because we lose the game and we feel that deeply, I have to use it tomorrow and it is our lifeline to keep going.

“We have to improve on the finishing stuff and then we will win football games.”

Liverpool have now lost four in a row in the league and sit three points adrift of the top four after a first defeat against Everton since 2010.

Missing out on Champions League qualification would be an incredible fall from grace after they won the title for the first time in 30 years last term.

“Decisive margins, to score a goal you have to create a situation and finish it off,” Klopp said.

“We stand here having lost 2-0. I know how important it is. We feel it deep inside. But from tomorrow on I have to use all the good stuff.

“These good situations are the guarantee that we can change it but the decisive moments we have to change as well.”

The potentially long-term injury to Henderson is the latest fitness blow for Klopp, who is already without Virgil van Dijk, Joe Gomez, Joel Matip and Fabinho.

“It’s in the region of his groin and abductor. It’s not good. It’s how it is. The rest we will know tomorrow,” Klopp said.