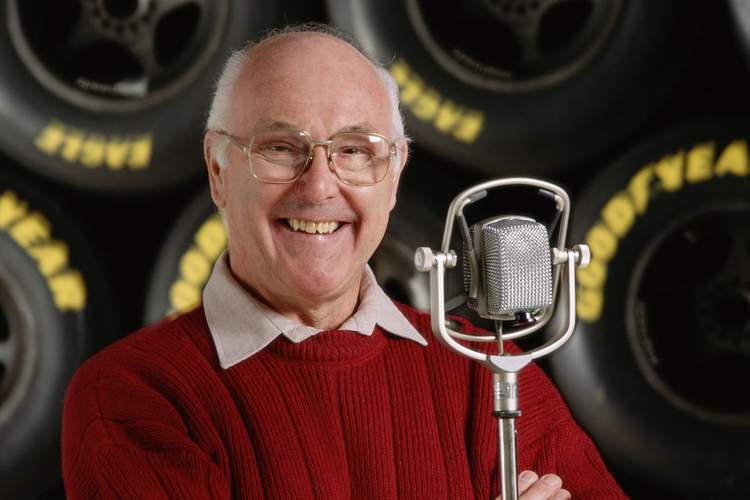 Legendary Formula 1 commentator Murray Walker has died at the age of 97.

A man whose voice is now associated with some of the most famous moments in the sport’s history, he became a full-time F1 commentator in 1978, working with the BBC and ITV in the UK.

Walker formed iconic partnerships with both James Hunt and Martin Brundle, and was appointed an OBE in 1996 before retiring from his role in 2001.

He remained a keen follower of the sport well into his retirement, making a series of appearances on F1 broadcasts over the past decade.

“It is with great sadness we share the news of the passing of BRDC Associate member Murray Walker OBE,” a British Racing Drivers’ Club statement read on Saturday night.

“A friend, a true motorsport legend, the nation’s favourite commentator and a contagious smile. Murray will be sadly missed, his mark and voice will live on in motorsport and our hearts forever.

“We thank Murray for all he has done for our community. Sending our love and thoughts to Murray’s family and friends in this difficult time.

Tributes have flooded in following the news, with Brundle describing his former comms-box partner as a “wonderful man”.

Like millions of fans, Murray Walker was a huge part of my childhood.

Despite growing up in India, I used to watch the races on VHS tapes months after the race & his iconic way of commentating got me excited about F1.

RIP Murray – you made the world a better place #Legend pic.twitter.com/GfMjV89Wuf

I’m deeply saddened by the loss of Murray Walker.

So very sad to hear of the legend Murray Walker OBE passing away .. he was the voice of F1 and so lucky to have worked alongside him in the commentary box : RIP Murray 🙏#murraywalker pic.twitter.com/BE1mrSlIUf

He will forever be a part of our history, and will be dearly missed pic.twitter.com/cMwLjjqxAj

Very sad to learn that Murray Walker has passed away. @F1 Grand Prix commentator for over 25 years for the BBC and ITV, notably with James Hunt, he was the voice of Formula 1. All the @FIA family pays tribute to him. My thoughts are with his loved ones. pic.twitter.com/NtD178U8HF