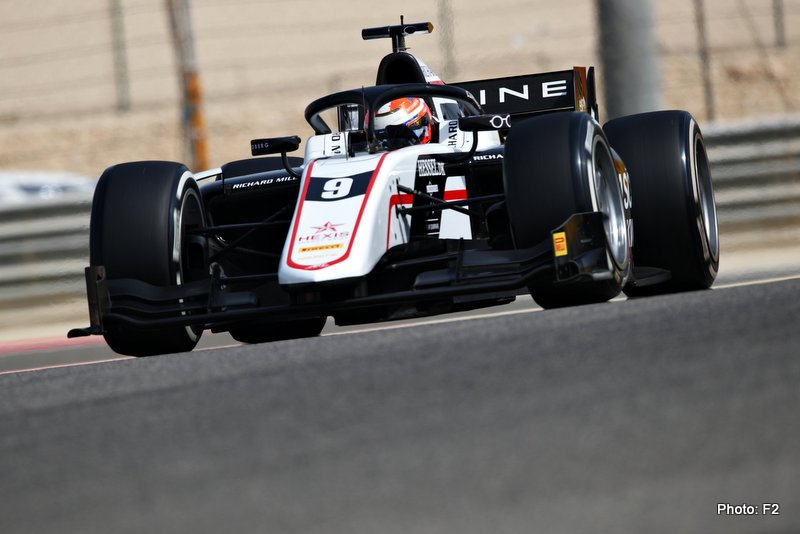 ART Grand Prix driver Christian Lundgaard continued his strong start to F2 pre-season testing, following up second place on day one with the fastest time on day two in Sakhir.

The Alpine junior set the quickest lap of the tests so far in the morning session, his time of 1:41.697 more than three tenths faster than Trident rookie Bent Viscaal in second.

Lundgaard’s name was a familiar presence at the top of the timesheets in the morning as the ART ace kicked into gear and swiftly set the fastest of the opening laps. The Dane’s time of 1:43.514 was just the start as he later cemented his position in P1 with the only sub-1m 42s lap of the morning.

There was a brief stoppage between those two laps as Alessio Deledda was forced to pull over at the final corner with mechanical issues. When things got back underway, Théo Pourchaire managed to climb as high as third, before falling to seventh as he begun a programme of long runs.

Fellow rookie Viscaal managed one better than his former Formula 3 rival, sneaking into second behind Lundgaard towards the midway point of the session. The Dutchman is desperate to impress those at Trident, in the hope of extending his current one-round deal at the Italian side, and did his chances no harm with a solid stint, lapping at 1:42.697.

Marcus Armstrong was looking more at home with DAMS on the second morning, bettering his P9 finish on Monday morning by breaking into the top three, just one hundredth off the marker for P2. The Kiwi’s Ferrari junior rival Robert Shwarztman was in and amongst it himself, breaking into the top five for the first time this pre-season.

Two of Red Bull’s hopes for the 2021 season, Liam Lawson and Jüri Vips, both made the top 10 with Hitech Grand Prix, sandwiching Shwarztman in fourth and sixth. Roy Nissany, Oscar Piastri and Marino Sato completed the top 10 as the drivers headed in for lunch.

A red flag disrupted the running after Gianluca Petecof stopped at Turn 13, before action resumed and the remainder of the field headed out for a taste of the track. Times were still well below the morning, as Richard Verschoor set the standard at 1:45.018. The Dutchman did manage to improve with a lap of 1:44.051, before dropping down to seventh.

There were two further red flags during the afternoon, with Lawson and Guanyu Zhou both stopping on track. Both managed to get back out there, with Zhou recovering to finish third. A flurry of final laps when saw Dan Ticktum take control of the timesheet, breaking the 1m 44s barrier to go first. His Carlin teammate Jehan Daruvala followed suit, but couldn’t quite match the Briton’s effort, missing out on by just 0.003s.

Samaia found the time for a late lap to take him as high as fourth, ahead of Felipe Drugovich and Ralph Boschung. Petecof recovered from his earlier struggles to break into the top 10 and finish the afternoon in eighth, despite lapping just 10 times. Day one’s top driver, David Beckmann finished ninth, as Bent Viscaal completed the top 10. 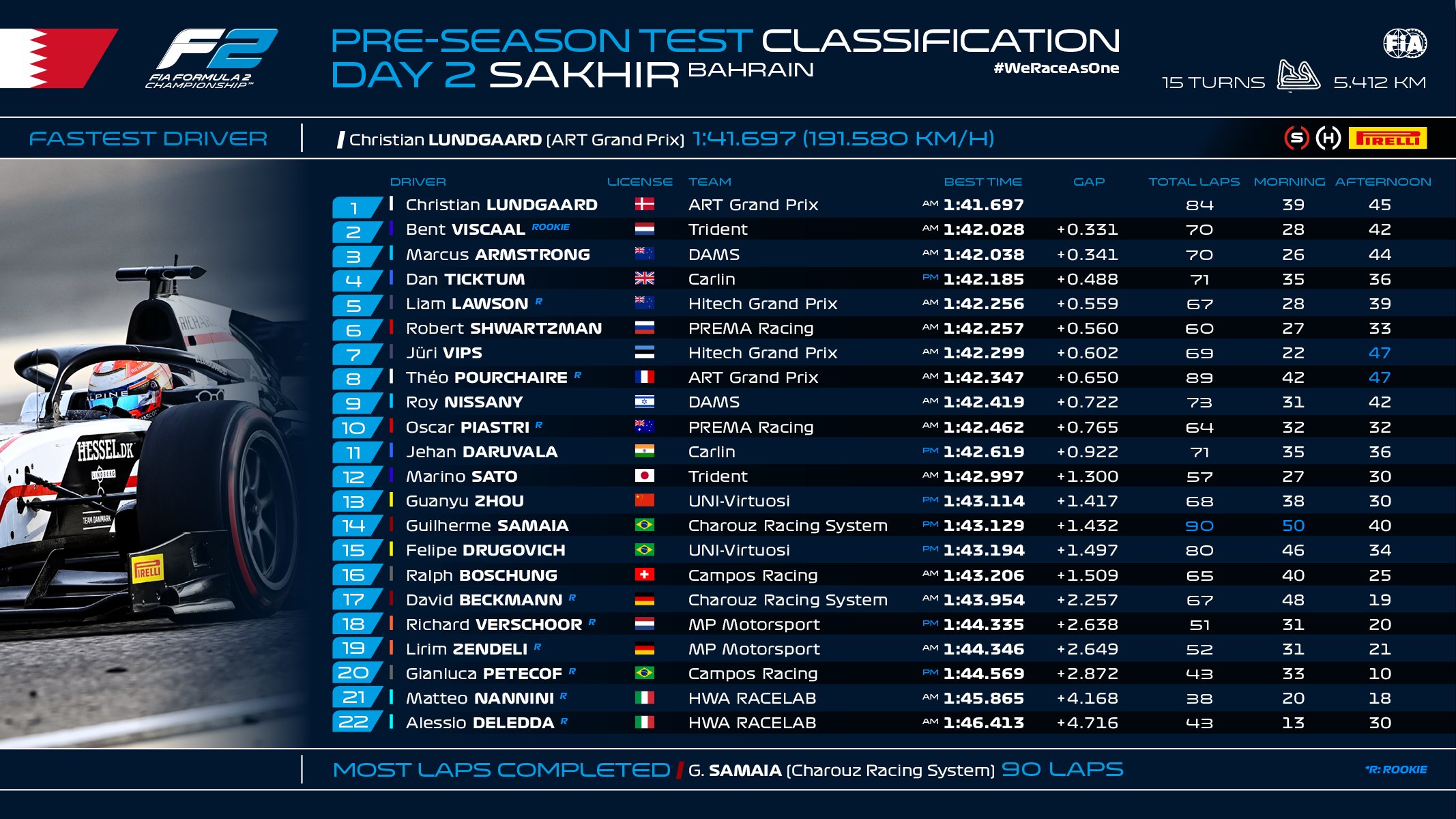