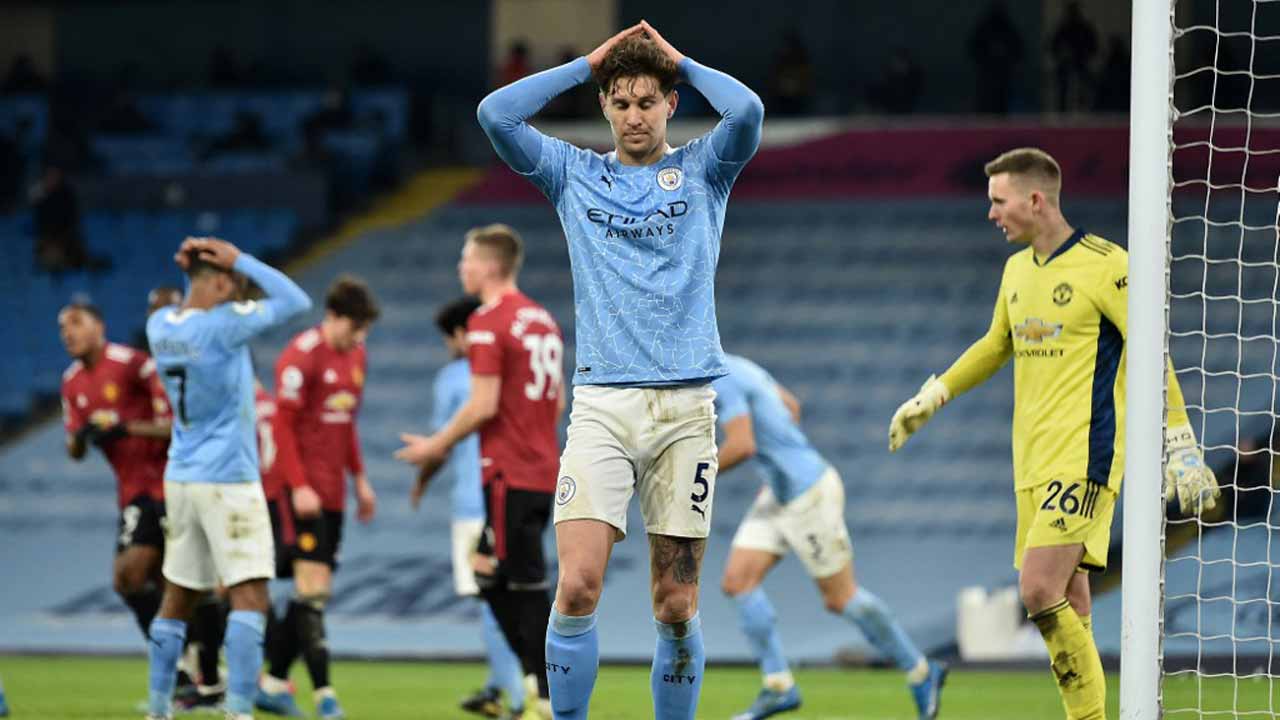 Pep Guardiola’s side were on an English top-flight record run of 21 successive wins in all competitions heading into the Manchester derby.

But United ruined City’s 28-game unbeaten run in all competitions thanks to an early penalty from Bruno Fernandes and Luke Shaw’s second-half strike at the Etihad Stadium.

Ole Gunnar Solskjaer’s team, unbeaten in their last 22 away league games, moved above Leicester into second place, but they are still 11 points behind City with 10 games left.

Despite surrendering their 15-match winning league run in their first defeat since losing at Tottenham in November, City remain firm favourites to lift the title for the third time in four seasons.

Barring a dramatic collapse from City in the closing weeks, United’s third win in the last four league meetings with their bitter rivals is likely to be remembered for cementing a top-four place rather than rekindling their title hopes.

United will be left to rue the recent slump that allowed City to pull so far ahead in the title race, but at least they slowed their neighbours’ march towards the trophy.

With just 34 seconds gone, Anthony Martial made a dangerous raid into the City area and Gabriel Jesus responded with a needless, clumsy challenge that sent the French striker sprawling.

Fernandes stepped up to take the penalty and squeezed his shot past Ederson, who got a hand on the ball but couldn’t keep it out.

It was United’s first goal in four games, putting City were behind for the first time in 20 league games.

Guardiola’s men gradually wrestled control and had a strong penalty appeal rejected by referee Anthony Taylor when Raheem Sterling was blocked by Fred.

Riyad Mahrez shot inches wide and Rodri’s drive hit the bar, but City were caught with a 50th-minute sucker punch.

United left-back Shaw broke from deep inside his own half, played a one-two with Marcus Rashford and fired a fine finish past Ederson from just inside the area.