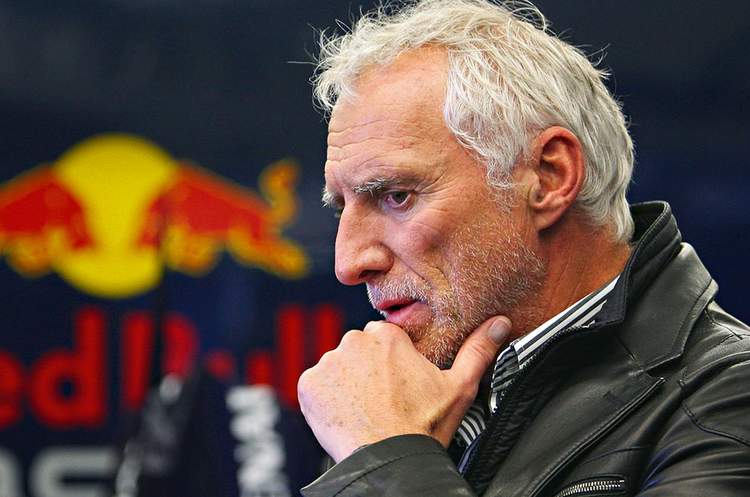 As Red Bull announces the formation of Red Bull Powertrains limited is all well in the Red Bull camp?

Well on the engine front Helmut Marko summed it up when he told reporters in a video call, “the establishment of Red Bull Powertrains Limited is a bold move by Red Bull but it is one we have made after careful and detailed consideration.”

Christian Horner added, “Red Bull were taking a long-term view because the investment in facilities was significant.”

Red Bull has committed substantial funds to the project which was sanctioned by the ultimate owners of the team – the Red Bull drinks company.

This is where things get tricky with the fallout between Red Bull owner Dietrich Mateschitz and the Yoovidhya family over the sacking of Alex Albon.

Mateschitz’s original partner was the late Chaleo Yoovidhya who rose from poverty to become Thailand’s third-wealthiest person with an estimated $5bn fortune before he died at the age of 88 in 2012.

The estate was passed down to his 11 surviving family members the most prominent being his son Chalerm and Grandson Vorayuth.

Chalerm and his wife Balliric were big supporters of Albon and it is believed Chalerm went ‘ballistic’ over the dismissal of Albon.

Vorayuth was even more distraught as he had acted as a mentor to Albon and had moved to the UK to become more involved with the team.

The decision to axe Albon was taken by Mateschitz as he has the final say on team matters but it is believed that the final straw was data collated by Adrian Newey that highlighted Albon’s lack of pace.

The problem for Mateschitz is the potential backlash in his running of the Red Bull drinks empire as his shareholding is 49%, the Yoovidhya family hold 49%, and critically Chalerm holds 2%, allowing him the casting vote.

It remains to be seen if this will derail the continued success of the company or will money take precedence?

Well, Red Bull can afford the team and new engine division as its finances pre COVID-19 were in good shape with 7.5 billion cans sold in 2019, almost one for each person on the planet.

With revenues of $6 billion, Red Bull reinvested a staggering $2 billion into marketing which included the F1 team.

With a can of red bull costing 9 cents and a wholesale price in western countries at $1.87 you can do the math and understand why the latest annual dividends paid out are $211 million to the Yoovidhya family with Mateschitz pocketing $343 million.

Time will tell on any potential repercussions but no doubt it won’t keep Mateschitz awake at night after all this is a man who is on record as saying, “I don’t believe in 50 friends. I believe in a smaller number”.

On the other side of the garage, we have Max Verstappen.

Verstappen has gone public with his relationship with Kelly Piquet and the tabloid press has had a field day with Piquet the daughter of three-time Formula 1 World Champion, Nelson Piquet, and mother to a child with ex-partner Daniil Kvyat.

Piquet is portrayed as a model, but she also manages the social media and the blog writing department of Formula E’s official website.

The Red Bull camp is rumoured to be worried about Verstappen’s focus and his ever-increasing lavish lifestyle.

Verstappen has purchased a private Falcon jet, from no other than Richard Branson’s Virgin Galactic, this on the back of last year’s purchase of a $1.75 million Ferrari limited-edition Monza SP2 roadster.

It is hard to criticise a 23-year-old who now earns anything from $12.5 million to Business Book GP’s latest updated forecast of $30 million for not wanting to splash the cash.

Probably more of a concern to Marko and Horner is the confirmation that Verstappen has a performance clause in his contract that allows for the possibility to depart the team at the end of 2021.

Marko confirmed this to F1-Insider, “I don’t want to go into details, but it more or less says that Max can compete for race wins and the world championship on his own merits. If he can do that, his contract is extended. If not, he would be free.”

According to F1-Insider’s report, the crucial element is if the gap to the fastest car continues to be over three-tenths of a second Max could jump ship.

So interesting times ahead for Red Bull both on and off the track.

On a footnote, Lawrence ‘coming up smelling of roses’ Stroll was no doubt pleased with the signing of Perez to Red Bull as he dodged a bullet that was the multi-million-dollar compensation claim due to Perez over his dismissal if Perez was unable to secure a drive.