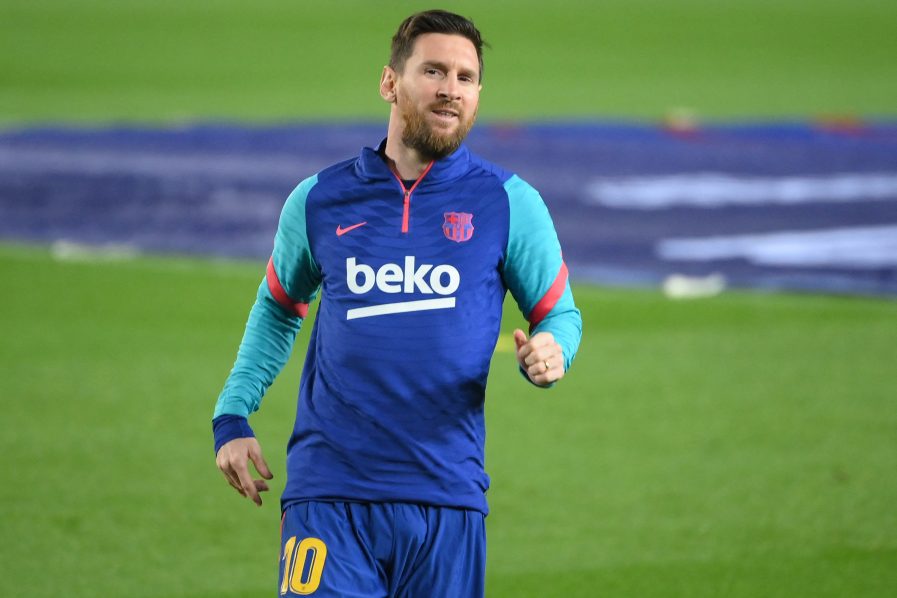 Barcelona’s Argentinian forward Lionel Messi warms up before the Spanish League football match between Barcelona and SD Huesca at the Camp Nou stadium in Barcelona on March 15, 2021. (Photo by LLUIS GENE / AFP)

Messi was in the starting line-up for the match at Camp Nou where Barca will look to put further pressure on Atletico Madrid in La Liga’s title race.

Xavi spent 17 years at Barcelona before leaving in 2015 and is now the coach of Al-Sadd in Qatar.

Messi, meanwhile, has been an ever-present in the Barca team since 2004 and is expected to break Xavi’s record against Real Sociedad on Sunday.

“It could only be Leo”, Xavi told Mundo Deportivo on Monday.

“It is totally fair that the best player in history is the one who has defended Barca’s colours the most times.”