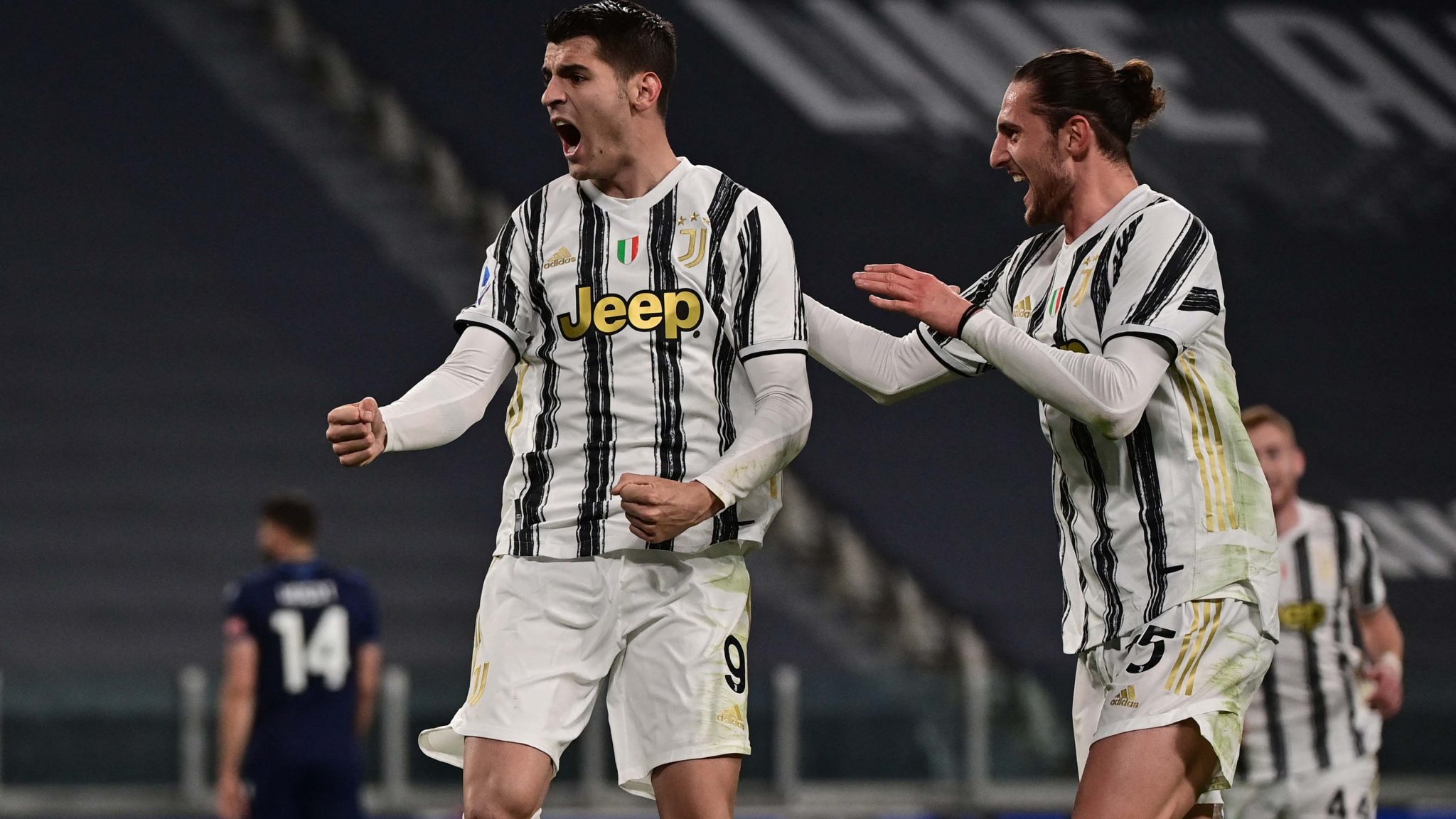 Alvaro Morata scored twice and set up another as Juventus fought back to beat Lazio 3-1 on Saturday to close the gap on the Milan teams in Serie A.

Cristiano Ronaldo started on the bench before next week’s Champions League last 16, second leg game against Porto in Turin with Juventus trailing 2-1.

But Morata set up Adrien Rabiot to pull the hosts level before the break with the Spaniard scoring twice in a three-minute spell before the hour mark.

Andrea Pirlo’s side are third, seven points behind leaders Inter who host Atalanta on Monday, and one point adrift of AC Milan who play Hellas Verona on Sunday.

But Juan Cuadrado started after missing three league games with Arthur and Leonardo Bonucci also returning off the bench in the second half.

Morata started up front alongside Kulusevski, with Ciro Immobile and Correa leading the Roman side’s attack, after their game during the week against Torino was unplayed because of Covid-19 cases in the Turin team.

Correa pounced on the chance to pull Lazio ahead after quarter of an hour after Kulusevski gave the ball away midfield.

The Argentine shook off Merih Demiral to fire past Wojciech Szczęsny in the Juventus goal.

Rabiot pulled a goal back six minutes before the break, picking up a Morata through ball to fire in a powerful left footed angled drive over Pepe Reina into the top corner.

Both sides had chances after the break with Reina denying Federico Chiesa, Szczesny clearing from Correa and a Sergej Milinkovic-Savic header rattling the bar.

Chiesa set up Morata for the second after 57 minutes with the Spaniard completing a brace from the penalty spot three minutes later after Milinkovic-Savic brought down Aaron Ramsey in the box.

Morata made way for Ronaldo for the last 20 minutes with Arthur and Weston McKennie also coming off the bench in place of Ramsey and Cuadrado. Bonucci came on for the last 10 minutes.

Correa and Immobile both threatened but were unable to revive Lazio who fell to their third defeat in four matches.

Spanish forward Fernando Llorente scored his first goal for Udinese just before the break with Argentine Roberto Pereyra firing in a second deep into injury time.

Sassuolo, in ninth, have won just two of 11 league games played since after Christmas. Udinese are four points behind in 10th place.

Spezia snatched a 1-1 draw at home against Benevento, in a match between promoted sides vying to stay in the top flight next season.