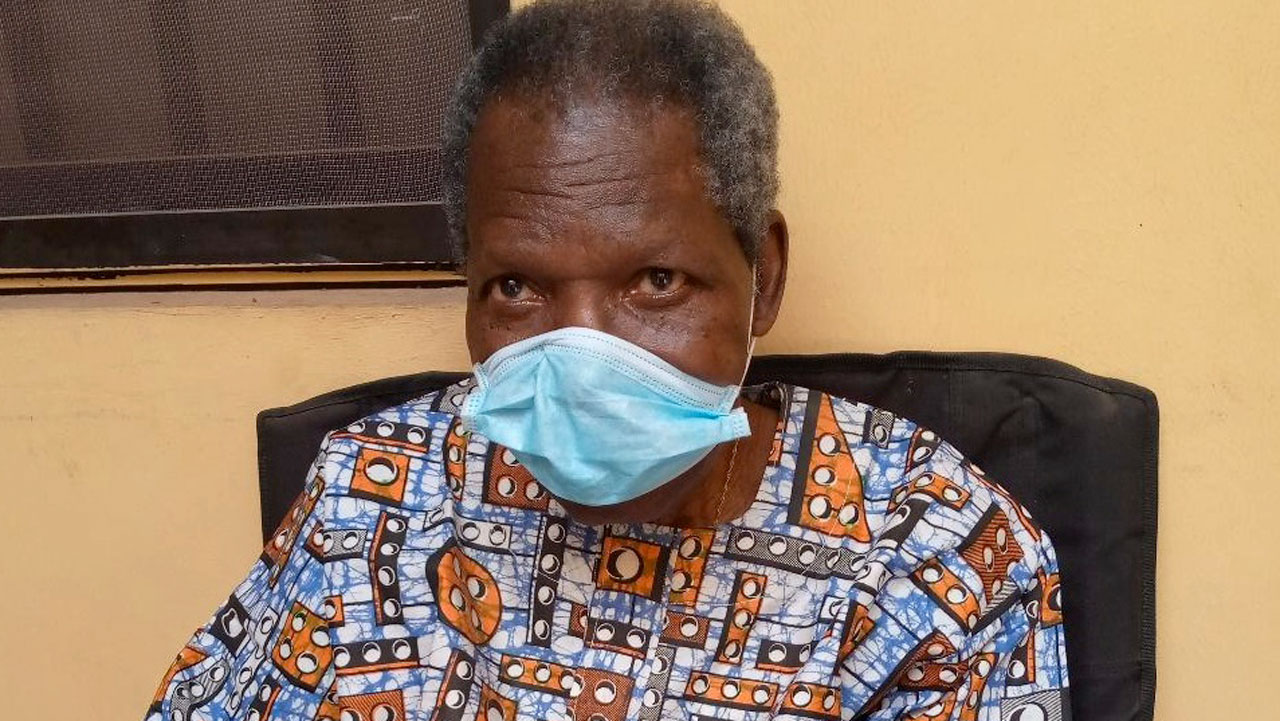 From being an all-round playboy in his youth days, featuring in cricket, football, hockey and lawn tennis for Government College Ibadan, Professor Olajide Feyisara Bademosi rose to become one of the greatest cricket players in Nigeria and the entire West African region.

Skipper, as he was known, Bademosi was a man of many colours at the University of Ibadan, where he became famous in cricket and hockey. Apart from being a member of the Western State hockey team, he played cricket regularly for Nigeria from 1962 and was captain, Nigeria Cricket Team between 1975 and 1981. He was vice chairman, Nigeria Cricket Association (1987 – 1989) and Chairman, Oyo State Cricket Association (1986 – 1989).

While celebrating his 80th birthday on Thursday, Bademosi spoke on his life as a cricketer.

Life and cricket
My life in cricket started from Form 1 at Government College, Ibadan, when we were taught the rules. We had Class 1 competitions, all through Lower Six, Upper Six, and through the University College Ibadan, now University of Ibadan. Then, through the Post Graduate School, when I was at UCH, with a few breaks when I was away for my Post-Graduate training and my Sabattical years. In a nutshell, that covers it from 1953 in Form 1 in Government College to 1980, when I retired. I was manager in 1982 or thereabouts, and when I left for my sabbatical in 1982-84, came back and ever since, I have not really been deeply involved in cricket again except occasional forays like watching matches or attending meetings.

“In the North was Barewa College and Government College Zaria. The 1959 tournament was in Zaria and the West won. Umuahia hosted in 1960, and the captain then was Maurice Okereke from Ughelli too. That team had the likes of Akporie and co. We won again. That is for the Morocco-Clark and the regionals.

“I started my national team career in 1962 and my first match saw me paired Oge Alakija. It remains memorable because our partnership produced a record, which I think still stands today. Six or seven wicket stand, when I scored 70 and Alakija scored 132. We went on a West African tour against Ghana, Sierra Leone and The Gambia. I played regularly all through those years from 1962 down to 1980, except for the years when I was away for my Post Graduate 1972-1973, and when I went for Sabbatical between 1983-1984.

Feelings when called to the national team
Some of us felt it was too late. After Higher School in 1960, I had to apply to LCC. I got onto the field and I found La Christo playing and he introduced me to Maba Oke, whom I had heard of. I started playing for Diax. By the end of that season, they thought I should have gone for trials. Only two of us were medical students, Bayo Olumide and myself. There came a time when six of us from UI were called up: myself, Tony Bandewa, a Sri Lankan, Emma Okoegbe, Bayo Olumide, Ogan and Ugbuelli, who was from Umuahia but came to UI.

“Between 1963 and 64, UI team was beating all teams in the country. When we went to Accra, there were four of us in the side. Naturally, you felt elated when you are called to the national side, particularly those of us from UI. You had this year, it would be Ibadan versus Lagos, next year, it would be Nigeria versus Ghana

“Cricket was so popular then, it is like we fell back at some point. Where was the dislocation? Why is Nigeria not as big as India, South Africa and Australia?. One of the many reasons is that cricket in Nigeria started as a basic amateur sport, sponsored by the schools, Government Colleges mainly, before the explosion, which was very good trying to go to the grassroots.

“The problem then came with the economic crunch. For instance, the price of a cricket bat was less then six pounds when I was in UI, or even in my high school. But a good cricket bat now sells for 150 pounds. Then, some of us bought our kits ourselves, but the school provided kits mostly.

“Another factor was the changes in the educational policy where you didn’t have adequate awareness of sports in the secondary schools, which were the feeding ground for the national side and so on. Sports administrators were no longer those who had a background of wide-based training that went to schools that understood all sports. Now, you have people who are more interested in ‘few paying sports’ in quote. In those days, people paid to come and watch National Track and Field Athletics competitions in Government College grounds, UI grounds and Police grounds in Obalende. You had the Grier Cup, The Horsey Shield (Athletics) that brought everybody together. All those ones have changed.

How to make Nigerian sports work again
One thing is that is working against our sports is that the material that come out of the system are not properly groomed in the culture of proudly representing your country without expecting remunerations.

“Many of us have said it severally that this was wrong. When we won the Quadrangular for the third time and kept the Cup, we didn’t have a single reception. The same year, when the national football team, the Green Eagles won the Africa Cup of Nations in Lagos, they were given money and houses. We came back after winning the Quadrangular for the third time consecutively, without even a reception by the Sports Council talk less of the government.

“ So, when you look at all this, it is very difficult to sustain revenue dependent sports. If you have a player that is working for an establishment, for his own professional advancement, it will be very difficult for him to go on leave. Then, the administrators would tell you to use your leave (ten days or as the case may be, out of your 30 days leave). Now if you have to go on tour, four weeks, six weeks, and you do that regularly, it could be a detriment to your progress as a professional. Except you have establishments like Adebajo did with Stationery Stores, IICC and Lekan Salami and co, Bendel Insurance bankrolled their players. So they could train, go on to play for long periods without losing seniority. Those in the Army, Police, etc. I remember the girl who won Nigeria’s first Olympic Gold medal, Chioma Ajunwa, came from the Police. Now all those ones are gone. If they are not totally gone, they are few and far between. So it will be very difficult for any young aspiring player in the country to expect such.

“And in Cricket, it is very unusual to continue to play after the age of forty or so. We were lucky that some of the older players we played with were established professionals and senior civil servants. When I was still a young kid from Government College, I was born the year some of them left those establishments. People like Badejo, Afees Akerele. I was playing for Diax against LACC where you had the likes of Enahoro, Da Silva, Sagoe (the older Sagoe not the middle Sagoe), Justice Taylor, Ikpeme and Mabaje. They bankrolled their clubs and we were playing against the colonial clubs like LCC, and Oyekan was playing for FCC before playing for LACC. There was also Justice Femi Okunnu and many others.

“In the West, we had late Karonwi, Alex Quist, Eddy Hughes, Mr Okai, before he returned to Ghana to become the Principal of Winiba College. Those are some of the issues that are not really present today. When I was a younger player in the University, I would travel to Lagos with Oge Alakija. He had an establishment. One of my senior colleagues, Kacey Harrison, was already a consultant in Obstetrics in UCH. We would go together. My consultants knew about Cricket, they would see my name in the newspapers come Monday morning and yet I would be at the ward around 9 am that same Monday morning after playing all my Cricket on Saturday and Sunday in Lagos.

“We started this ‘catch them young’ programme in 1974/75 before the National Sports Festival. Luckily, we had people in the Oyo State Sports Council who supported us. And we had been practicing long enough to have Form 1 and Form 2 boys who then joined the seniors in training. When we were going on tour, two or three of them (the young ones) would form part of the team. Except you have such a progressive outlay, involving the grassroots the sport cannot grow.

“Luckily now, we have programmes that involve the grassroots, which started on earlier by the era of Kwesi Sagoe as President of the Nigeria Cricket Federation. It has been followed up subsequently. The current President of the NCF Professor Yahaya Ukwenya and Uyi Akpata have been very supportive. We have industrialists and entrepreneurs who are supporting the federation and only recently, they bankrolled the national team to a tour of the West Indies. I know the Sagoes, Akinleye, Bob and co supported the federation. Their support has created the impetus on which the current administration was able to carry out certain programmes. These are some of the background stories that give you the concept that we had administrators that understood sports and were supportive either as individuals like those who had played the game before because they had commitment from their backgrounds to understand the need.

“Getting this kind of support is rare. Instead, officials look forward to attending events for estacodes. What business has the Sports Minister, for instance, going to watch a football match, or the Senate sending a team to watch Nigeria play? What is their business there? If they chose to go and watch, they could do that on their own and pay for themselves as patriots, not to take estacode. We are all aware of the disparity between players and officials, and they don’t pay them on time. Yet, they would have collected the money. Such malpractices were not at such glaring impunity during our days.”