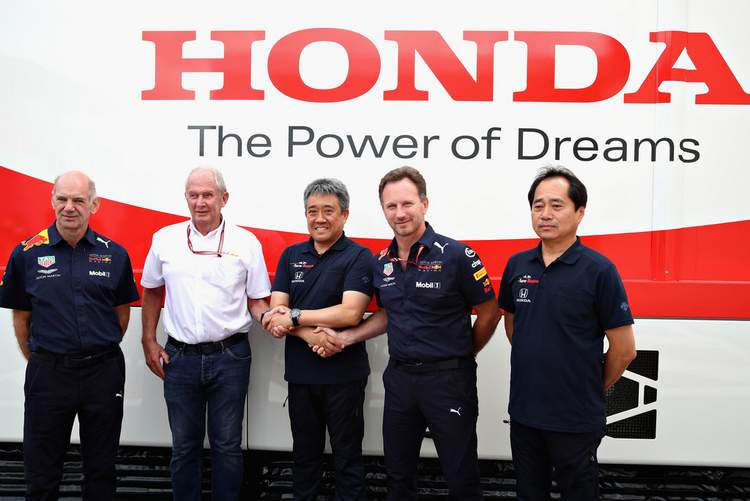 Christian Horner has revealed that Red Bull are set to inherit the “vast majority” of Honda Racing’s Milton Keynes-based workforce when they take over development of their power-unit at the end of the 2021 Formula 1 season.

Honda will exit F1 after this campaign, with the newly-formed Red Bull Powertrains set to inherit the engine that Red Bull have used since the start of 2019.

While Red Bull will likely look to bring in their own people as they begin to morph into becoming an F1 engine supplier, Horner believes that the transition period will be eased by the Honda employees working in Milton Keynes staying on.

“We will inherit the vast majority of HRD UK, which is the operational side of Honda based in Milton Keynes,” he said, as reported by GPFans.

“So that gives us a standing start so already the people we already know and interface with we will look to take under the new company.

“Then we are in the process of setting out some of the other roles that will be filled over the next coming weeks and months. The agreement we have achieved with Honda buys us time to assemble the right group of people.”

Red Bull Powertrains will also supply junior team AlphaTauri from the start of 2022, a move that team principal Franz Tost thinks is in their best interest as a constructor.

“Honda has invested tirelessly and intensively in hybrid technology to achieve a highly competitive Power Unit, our relationship has always been both very efficient and enjoyable, and that’s why their decision to pull out at the end of 2021 was quite disappointing for the team,” he said.

“We are very pleased to hear that this cooperation will not end, as from the beginning of 2022 we’ll continue using Honda Power Unit technology through the newborn Red Bull Powertrains Limited.

“I would like to thank the FIA and Formula 1 Management, together with all the teams, for having unanimously agreed on the engine freeze from the start of next year, which has enabled this agreement to be reached.

“We believe this is the best solution for the future of both Scuderia AlphaTauri and Red Bull Racing until the next generation engines are introduced in 2025.

“It’s also a great incentive to achieve the best possible results in Honda’s last season in the sport.”