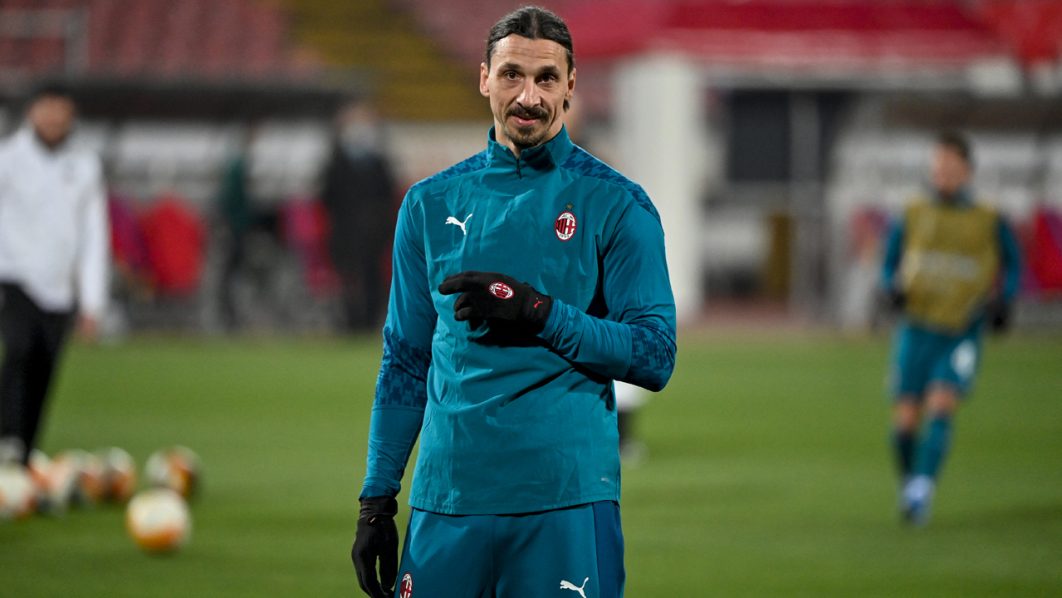 AC Milan’s Swedish forward Zlatan Ibrahimovic looks on during warm up before the start of the UEFA Europa League round of 32 football match between Crvena Zvezda Beograd (Red Star Belgrade) and AC Milan at the Rajko Mitic stadium in Belgrade, on February 18, 2021. (Photo by ANDREJ ISAKOVIC / AFP)

“Red Star most strongly condemns insults addressed to Ibrahimovic” during Thursday’s match, the club said in a statement and apologised to the player, whose father is a Bosnian.

N1 regional television broadcast scenes of Ibrahimovic, who did not play but was sitting at the stadium, as the voice of a man chanting to him “stinky Balija” several times can be heard.

The latter is a pejorative name for Bosnian Muslims used by Serbian nationalists.

Red Star pledged to cooperate closely with the authorities to identify the man.

The match, which ended in a 2-2 draw, was played without spectators in the stands because of the coronavirus pandemic.

However, the stadium’s hospitality boxes on the top of its western stands, which can accommodate several hundred people, were packed.

Tickets for those seats are usually not put on sale but are given either to the club’s guests or to journalists.

Serbia has long had a problem with racism in football.

In 2018, Red Star was ordered to play two home European matches behind closed doors by UEFA as punishment for racist chanting by their supporters during a Champions League qualifier against Suduva of Lithuania.

The previous year, Brazilian star Everton Luiz, playing for Partizan Belgrade, was reduced to tears by the monkey chants he received from fans of local rivals Rad.

Further back in 2012, Belgrade was the scene of a mass brawl at the end of a U21 Euro qualifier between Serbia and England.

Serbian fans, who had been monkey chanting England’s Danny Rose, invaded the pitch while players and management of the two teams exchanged insults and blows.