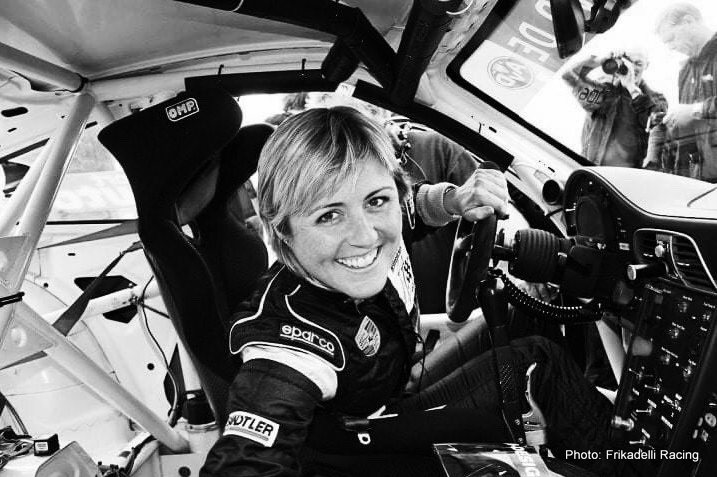 Sabine Schmitz, the first woman to win the Nürburgring 24 Hours, has died at the age of 51 following a long battle with cancer.

Affectionately known as the “Queen of the Nürburgring”, she won the famous enduro for the first time in 1996, taking victory the following year too and winning the Nordschleife-based VLN Endurance Championship title in 1998.

Schmitz also became known in the UK for her appearances on BBC show Top Gear.

Her death was announced by Frikadelli Racing, the team she founded, on Wednesday morning.

Sabine Schmitz (14.5.1969 – 16.3.2021) passed away yesterday (Tuesday) after her brave fight against cancer. She was 51 years old. Klaus Abbelen and all relatives and friends are deeply saddened by the immeasurable loss. pic.twitter.com/G706HGxDTC

The Nürburgring also paid tribute on social media, with a spokesperson stating: “The Nürburgring has lost its most famous female racing driver. Sabine Schmitz passed away far too early after a long illness. We will miss her and her cheerful nature. Rest in peace Sabine!”

Schmitz first publicly revealed that she had cancer back in 2017, although that did not stop her from attempting to make a return to racing last year.

I’m very sad to hear of the passing of Sabine Schmitz, the only woman to have won the #Nürburgring24Hours, rightly known as ‘Queen of the Nürburgring’, & a star of @BBC_TopGear, who’s succumbed to cancer, aged just 51. #RIPSabineSchmitz pic.twitter.com/LHg5ndr8tO

Our thoughts are with Sabine’s friends and family. May she rest in peace. https://t.co/RtEmJA2aeI

#NLS – Very sad to hear that Sabine Schmitz (1969-2021) has passed away. The “Queen of Nordschleife” was a crowd favourite due to her open, humorous way. The two-time @24hNBR winner was an icon at the wheel of the #Frikadelli #Porsche. Our sympathy goes to her family and friends pic.twitter.com/ZHXbC1R6Wk

Our thoughts are with the family and friends of Sabine Schmitz today. She was a true trailblazer for women in motorsport.