The Orlando Magic and Denver Nuggets have agreed on a deal to send forward Aaron Gordon to Denver, sources told ESPN’s Adrian Wojnarowski on Thursday.

In exchange, veteran shooting guard Gary Harris, rookie R.J. Hampton and Denver’s protected 2025 first-round pick will go to the Magic, according to sources.

Orlando also is including forward Gary Clark in the deal, sources told Wojnarowski.

Gordon, 25, acknowledged Tuesday that he had asked Orlando for a trade. He said he made the request because of his “frustration” with the team on a number of issues. 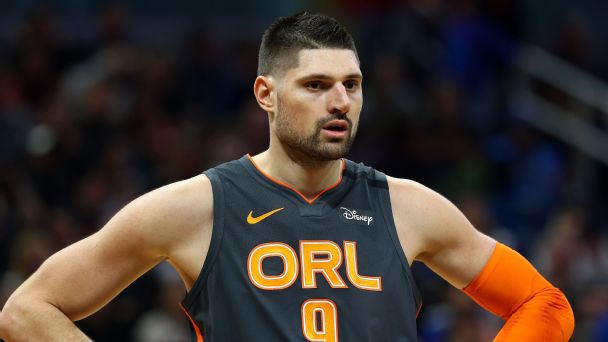 It’s deadline day, and we’re tracking all the latest news, rumors and buzz, and grading every deal.

“There’s been times where I just expressed my frustration to management,” Gordon told reporters. “Frustration with the losses, the injuries, the way we’ve been playing and how many losses have accumulated over the years. So it’s just my frustration kind of boiling over, I would say. … I think a lot of people share that sentiment with me, of frustration.”

Gordon is averaging 14.6 points and 6.6 rebounds per game this season.

Clark appeared in 35 games for the Magic this season, with 11 starts. He averaged 3.4 points and 3.2 rebounds over 18.2 minutes per game.

Harris has long been a favorite of Denver’s coaching staff due to his defense. He’s been plagued by injuries since being picked 19th overall in the 2014 draft. Playing time has been sporadic for Hampton, who is averaging 9.3 minutes per game.

The Nuggets made it to the Western Conference finals last season before losing to the eventual champion Los Angeles Lakers. The team currently is 26-18 and in fifth place in the West standings.

ESPN’s Nick Friedell and The Associated Press contributed to this report.