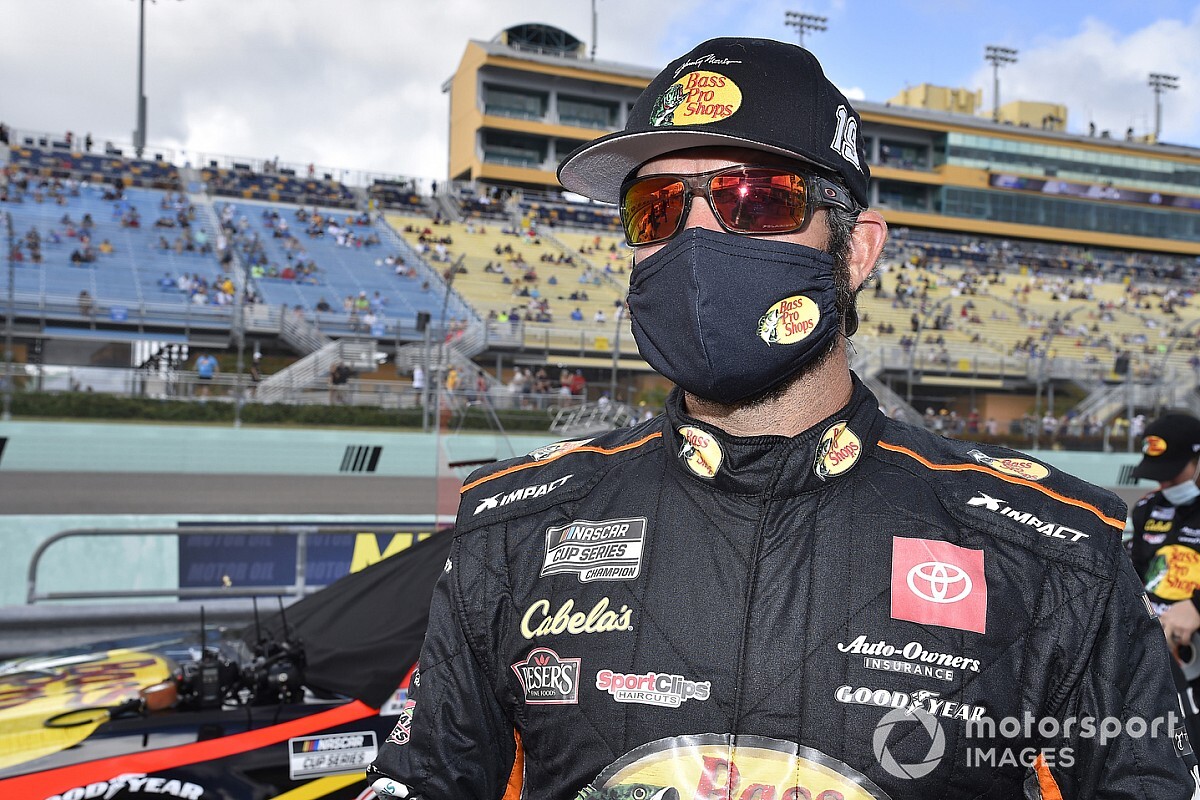 Although he wasn’t planning to make the announcement Sunday following his first Cup win of the season at Phoenix Raceway, Truex ended up confirming his entry in the race after he was told one of his sponsors promoted his appearance in an Instagram post.

“Damn, they spilled the beans? Okay, yeah, we are,” Truex said. “We’re going to run the Truck race.”

Truex said he will be driving a truck fielded by Kyle Busch Motorsports, owned by his teammate at Joe Gibbs Racing.

It will mark just the third Truck start of Truex’s career and first since 2006.

Several Cup drivers are entering the Truck race or running other series races on dirt in preparation for the March 28 Cup race at Bristol – the first series race on dirt in more than 50 years.

The .533-mile, highly banked concrete Bristol (Tenn.) Motor Speedway has been converted to a dirt surface with 19-degree banking in the corners and a 50-foot wide racing surface.

“I’m excited about it. I’ve only raced twice on dirt. Both of them were at (Ken) Schrader’s (track), having a charity race out in Missouri, did that a few times in a modified,” he said.

“I grew up on four-wheelers and motorcycles. It’s going to be a learning curve for sure. I look at it as Bristol has been our worst track for the past couple years. Why the heck not lay down dirt and see what we can do?

“I think it’s going to be fun. New challenge, something different.”

Truex is also competing in next weekend’s Xfinity Series race at Atlanta Motor Speedway for JGR, which will mark his first start in that series since 2010. Truex is a two-time champion in what was then called the Busch Series (2004 and 2005).

“Work to be done” to contend for Xfinity title