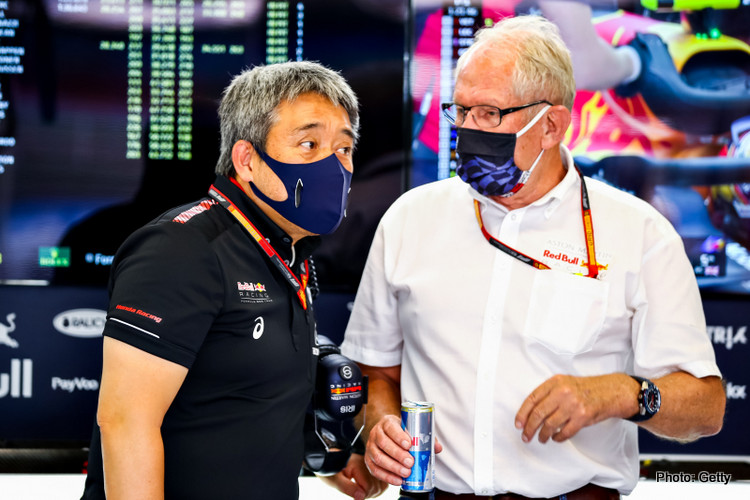 Helmut Marko is full of confidence with Honda’s latest iteration of its Formula 1 power-unit and is hopeful it will bring the team closer to Mercedes.

2021 is to be Honda’s last season in F1 before Red Bull take over the development of the engine in-house with the Red Bull Powertrains department which will inherit a vast majority of Honda staff.

With Honda’s departure confirmed, the Japanese manufacturer has put all its eggs in one basket in hopes of finally putting an end to Mercedes dominance in the V6 hybrid era.

Red Bull advisor Marko believes that 2021 could potentially be the teams best chance yet at challenging Mercedes with thanks to the latest developments by Honda.

Speaking to Red Bull-owned Servus TV, Marko said: “Honda have built a completely new engine. It’s a true work of art in terms of its compactness and the way it fits into the Red Bull.

“The engine also has more power and is an improvement that brings us up to Mercedes’ level.

“I am very confident about the Honda engine. There were some problems in the preparation but that was due to carelessness. It was nothing to indicate serious mechanical or electronic problems.”

“Mercedes are the clear favourites,” the 77-year-old continued. “We know they don’t sleep, so I hope their jump isn’t that big now that their engine is already in its eighth year. That development curve has to start flattening out somewhere.

“If you look at the past few years, we are better positioned this year than we have been in the last seven years. We want the World Championship, even if we go into the season as outsiders.”

Marko believes that Red Bull have the “technical means” to be able to pick up where Honda left off, and develop a race-winning engine at Red Bull Powertrains at some point in the future.